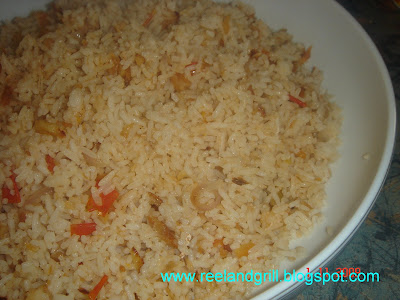 Just like the “Lechon Paksiw”, fried rice is another dish made from basically left over foods but is equally or to some extent even better than the original dish. Leftover rice and some vegetables, some leftover meat, Chinese sausage or seafood along with some aromatics can be fried together to create a unique rice dish, so good that often times it is more preferred than the plain steamed rice.

Fried rice is a popular component of Chinese food and other forms of Asian cuisine including the Philippines. It is made from rice fried in a large heavy pan or wok, typically with additional ingredients leftover from other dishes and other ingredients for the more elaborate Chinese type fried rice or as simple as just garlic and salt like the garlic fried rice of the Philippines called “sinangag”. 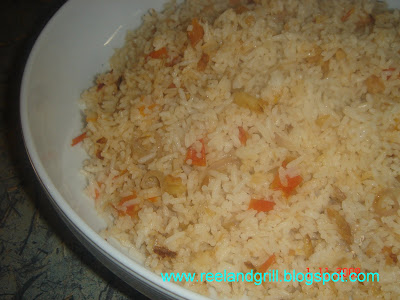 Ingredients used in fried rice are greatly varied. They can include eggs, poultry, meat like beef and pork, vegetables like carrots, bean sprouts, celery, peas and corn, spices and peppers and soy sauce or sometime oyster sauce. It is often stir-fried in a pan or wok with vegetable oil or animal fat to prevent sticking, as well as for flavor. Onions, scallion and garlic add zest and extra flavor. It is popularly eaten either as an accompaniment to another dish, or as a course by itself.

In the Philippines, it is a popular breakfast meal typically served along with either fried “tapa” (cured meat similar to beef jerky) or “tocino” (sweet cured pork) or “longanisa” (a type of garlic sausage). For the affluent families, processed meat products such as hotdogs, sausages, luncheon meat, ham and bacon became favorite accompaniment. For the common masses fried “tinapa” (smoked fish) or “tuyo” and “daing” (dried fish) is the usual viand which I like better. In all instances it is usually eaten with fried eggs as well.

For this first “sinangag” post of mine, I decided to do a dried fish fried rice (I told you I like dried fish). The major ingredient we need is of course leftover rice. We have about 8 cups excess rice from our dinner yesterday which is perfect for the dish as it is not sticky. Mashed the rice to separate the grains and tossed with 1 tsp salt. 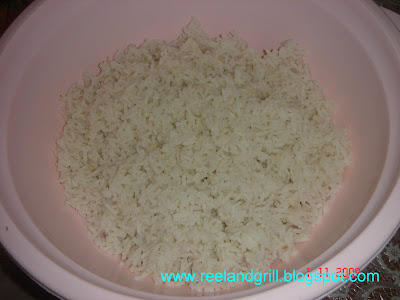 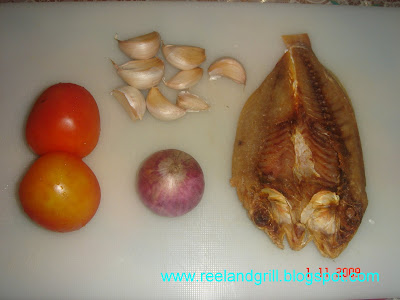 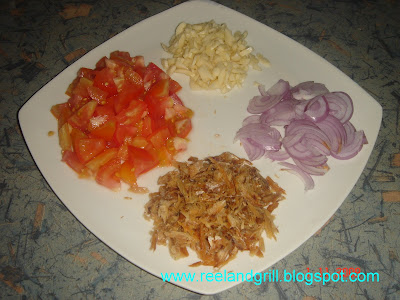 The cooking procedure is very simple. In a large pan or wok, heat the oil and fry the garlic. When slightly browned, add in the onion and when translucent add the tomatoes. Continue sautéing for some 3 minutes. Add the dried fish flakes and continue cooking for 2 minutes further, until all the flavors are blended. 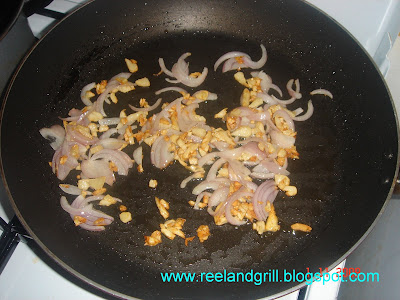 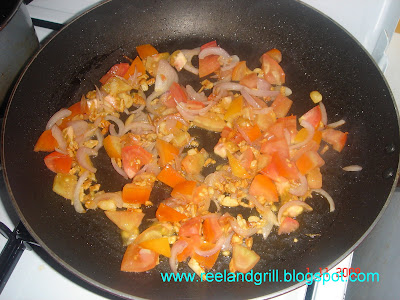 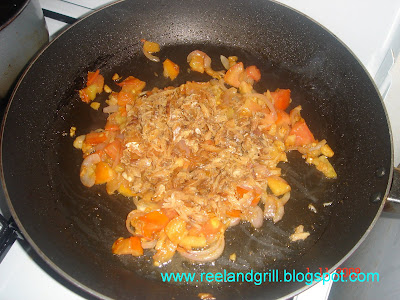 Add the rice and continue frying on high heat stirring regularly. Mix everything properly and continue cooking for some 5 minutes more. Taste and add some salt if necessary. 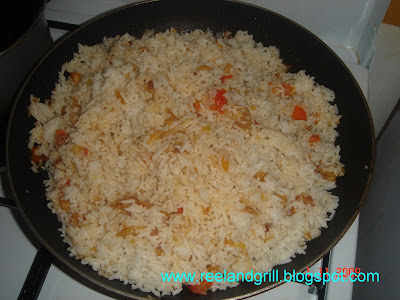 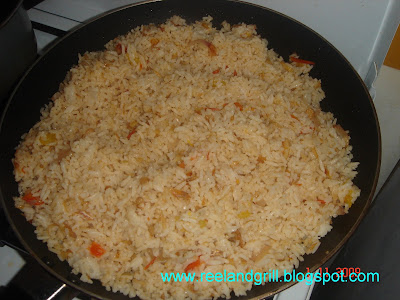 Transfer the fried rice in large plate and serve immediately. It is best while still smoking hot. 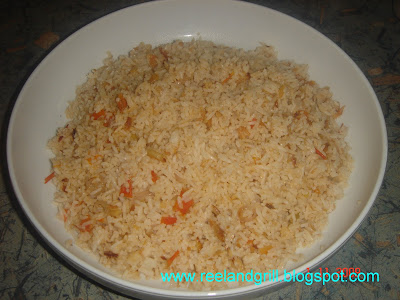 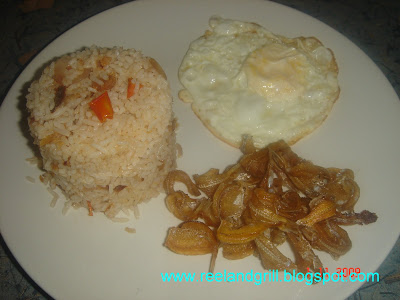