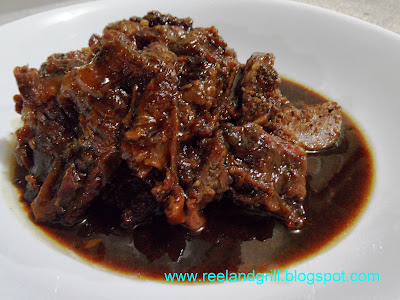 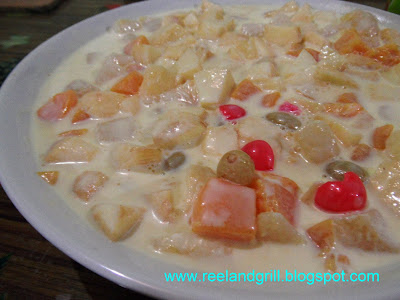 Just when you thought you are so tired or actually lazy to make an awesome dessert, try this fruit salad. It’s so good you will impress yourself and boost your morale. This is the perfect dessert for a lazy weekend. We have them for three (yes that’s 3) consecutive weekends already and we don’t think we’ll experience a taste fatigue any sooner. Okay, the analogy about lazy and having it on several weekends does not seem to favor me. I admit I have been so sluggish to hit the kitchen lately but it’s due to the work overload at the office. I intentionally included the word “office” for I believe it is the magic word …… to at least make it a valid reason for not being able to post anything for quite some time now …… to lessen the feeling …… of guilt that is. :-)

Featuring this simple and easy version of the well loved Filipino dessert is just in time for the holiday season ……… in particular the “Paskong Pilipino”. This salad is among the top favorites Filipino table fares during such special family occasions where only the grandest foods are served.

Different regions have different preparations of fruit salads. The variation is dictated by the use on the types of fruit as well the kinds of sauce. Generally though, fruit salad is a dish consisting of numerous kinds of fruit, served in a liquid, either in syrup or simply in their own juices. While fruit salad or “buko salad” in the Philippines is typically made with condensed milk, cream, canned fruit cocktail or fresh fruit specially young or tender coconut and relatively sweet the other countries’ fruit salads can be savory with the use of sour cream or yogurt or mustard and spicy with the inclusion of peanut and shrimp paste.

Read Full Post
Posted by Cuisinegineer at 11:26 AM 3 comments: