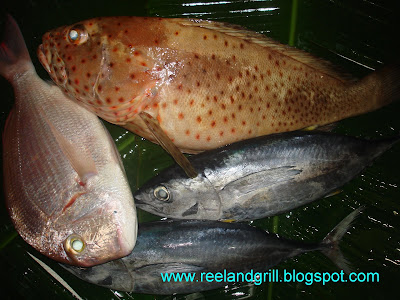 As I have posted earlier, a mixed bag of fresh fish from the rich waters of the tiny but beautiful island of Sri Lanka is what I will find every time I’ll make a short trip to the coastal road of the southwestern region where numerous roadside stalls selling newly caught fish are lining up. Just like what I said in my first post about this subject matter here, fresh catch from local fishermen is my usual focus of attention rather than those caught by commercial fishing vessels. Obviously because the fish were taken using hook and line which happen to be the same concept of Angling or Sportfishing, one of my favorite outdoor sports.

This time, my find includes a gorgeous grouper locally known as “garupa” and popularly called “lapu-lapu” in the Philippines, a striking pink king soldier bream locally known as “thiraliya” and known as “bitilya” or “malakapas” in Filipino and a silvery shining bullet tuna locally called “eli-choorai” and called “aloy” and sometimes “tulingan” (though there is a really different "tulingan" variety) in the Philippines. These fish all taste great and can be made into sumptuous dishes. 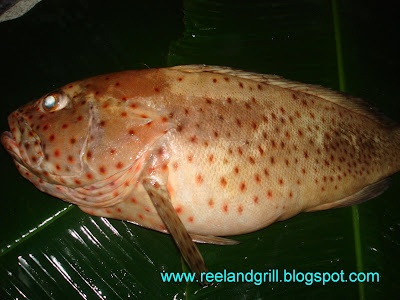 Bullet tuna is a comparatively small and slender tuna that belongs to the subspecies of tuna in the family “Scombridae”. It is found globally in open surface waters of tropical oceans to depths of about 50 meters. It can grow to a maximum length of about 50 cm and colored blue-black on the back with a pattern of zig-zag dark markings on the upper hind body and silver below. They feed on small fish, squid, mantis shrimp larvae and planktonic crustaceans. 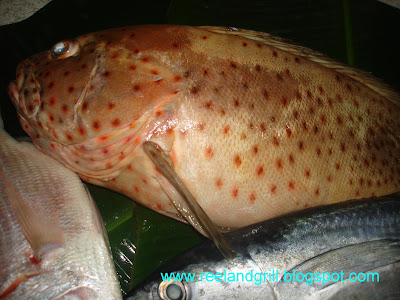 King soldier bream or picnic sea bream are fish belonging to Sparidae family. I had featured this fish before in my pot about “Steamed Fish in Soy Sauce”. Sea breams generally live in shallow temperate waters and are bottom-dwelling carnivores. They like coastal sandy or muddy areas and usually feeds on benthic invertebrates. Most species possess grinding, molar-like teeth and they can grow up to 75 cm. 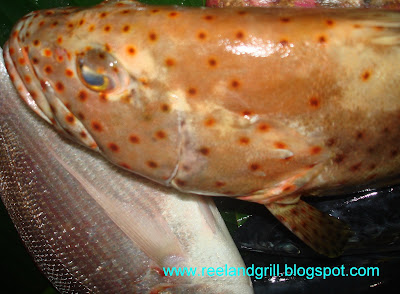 Grouper is an important fish in many Southeast Asian countries and China. In the Philippines and other parts of Southeast Asia, several varieties of grouper are now being cultivated for commercial distribution. It is considered a first class fish in Hong Kong and Macau and is usually kept in aerated aquarium and solve alive.

The word "grouper" is widely believed to have come from the Portuguese name “garoupa”. In Australia, the name "groper" is used instead of "grouper" for several species, such as the Queensland groper. In the Middle East, the fish is known as “hammour” and is widely eaten, especially in the Persian Gulf region. In the United States, grouper are often found in waters off Florida. 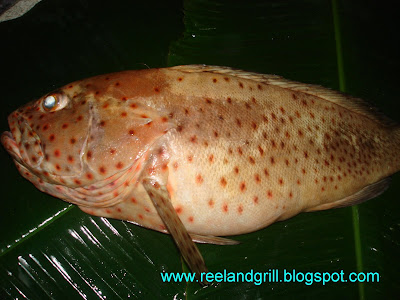 Since I will be posting an important and quite valued dish in Southeast Asia and China called “Steamed Grouper in Soy Sauce” very soon, with an intension to provide details and important information about the fish, I will not provide further details here. Let me just mention that this fish though not quite popular in many countries, including Sri Lanka where it is cheaper than other ordinary fish is among the most delicious fish for me.

You can cook it sweet and sour style, fillet and fried, stewed with vegetable like in “pesa” or cooked in tamarind like in “sinigang” and of course, steamed, in many variations, all delicious but my favorite of which is in soy sauce. c",)
Posted by Reel and Grill at 4:29 PM