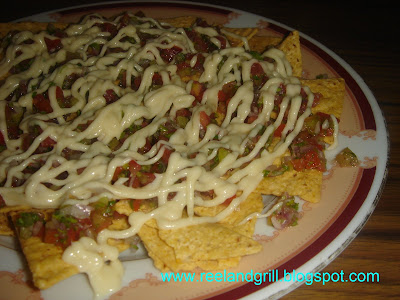 Nachos refers to the popular corn-based food that was credited to Mr. Ignacio “Nacho” Andaya of Coahuila, Mexico for concocting tortilla chips locally called “totopos” covered with melted cheddar cheese and pickled jalapeno peppers and serving it as a snack. Just like many surprising food creations, he invented the dish out of necessity when he needed to serve snacks with very limited ingredients at hand to a group of about a dozen US soldiers at Piedras Negras City, just over the Texas border. He called the dish “Nachos Especiales” which means Nacho’s special dish in English. The popularity of the dish quickly spread throughout Texas and later on all over United States and Mexico, earning nachos a special place in the Tex-Mex cuisine.

While nachos are originally created as a quick snack, it can be made into a full meal by just adding many more ingredients such as chicken or beef meat, refry beans, many types of vegetables and fresh or cooked salsa. Nachos with an abundance of toppings are sometimes called "loaded nachos" or "super nachos". This type of dish is usually served as an appetizer at bars or restaurants and considered a really big meal. The dish is prepared by arranging the tortilla chips on a big platter, adding the meat and refried bean toppings and smothering the entire platter with shredded cheese. The platter is then put into a broiler or microwave to allow the cheese to melt. The platter is then covered with cold toppings such as shredded lettuce, tomatoes, salsa, jalapeños, etc. and served at once. 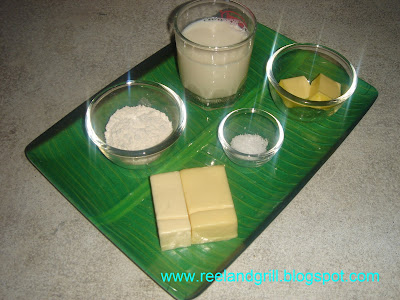 The other week, we bought a large pack of good quality tortilla chips. In order to serve it to our group better than with just a simple cream dip, I decided to prepare a fresh salsa and home-made nacho cheese to make our own nachos which could go well with our favorite drinks.

The first thing to do is to cook the “nacho cheese”, which is a form of processed cheese mixed with peppers and other spices and often used in place of freshly shredded cheese in a large-scale production settings, such as schools and universities, shopping malls, movie theaters, sports venues, carnivals, nature parks and theme parks. Such processed cheese, referred to in the US as "nacho cheese", provides a relatively cheaper and more convenient source of cheese to top nachos.

While there are many recipes of “nacho cheese’” ranging from simple to very complicated ones involving many ingredients, I decided to make a relatively easy nacho cheese which can be easily done by anyone, after all, Mr. Nacho Andaya concoct the dish in a very simple form.

The ingredients needed for an easy- no fuss nacho cheese, as shown above, are: 2 tbsp butter, 2 tbsp all-purpose flour, 1 cup fresh milk, 3/4 cup cheddar cheese, to be diced and ½ tsp salt. To cook it is likewise very simple. In a thick sauce pan melt the butter over low flame. Add the flour and stir to mix evenly. Then add the milk and continue cooking with regular stirring until it has a thick and creamy consistency. 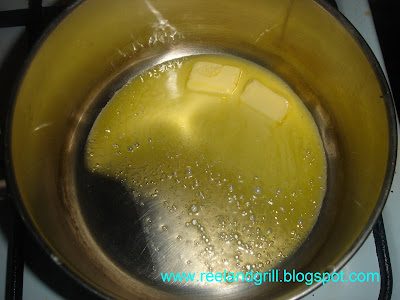 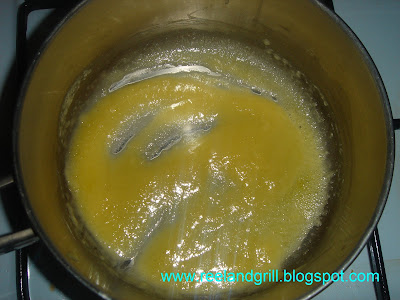 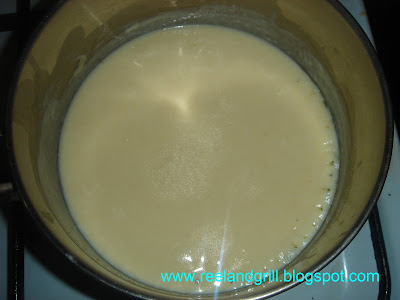 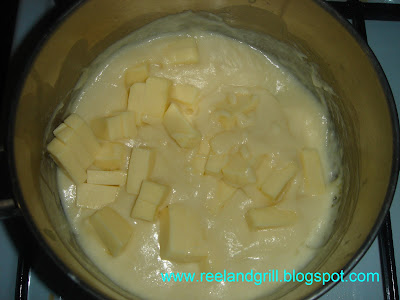 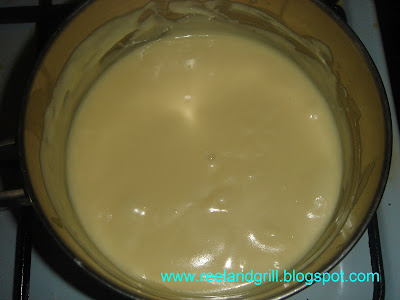 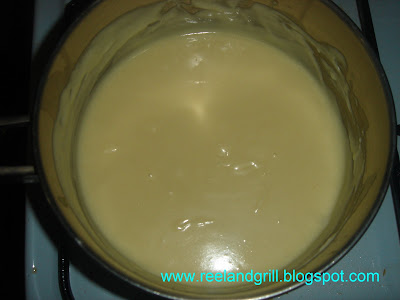 Transfer in a deep bowl, let it cool and do the salsa. Secretly, you can also dip your finger and have an advance taste of the wonderful nacho cheese. Just don’t let anyone see you. :-) 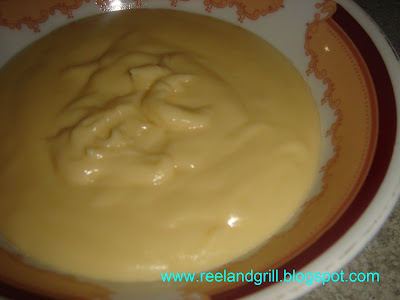 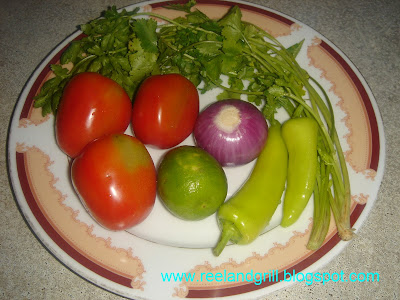 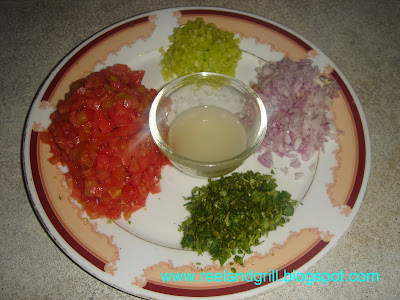 In a mixing bowl, dump the diced tomatoes, chilies and onion. Stir to mix evenly. Add the cilantro and continue mixing. Add the lime juice and seasoned with salt and pepper. 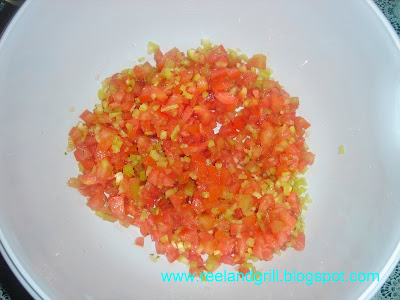 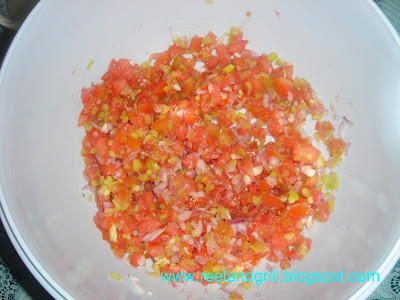 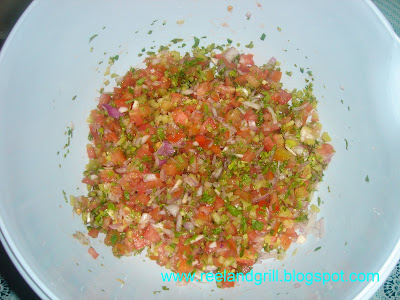 Transfer in a bowl and keep inside the fridge for about 30 minutes for the taste to fully develop. 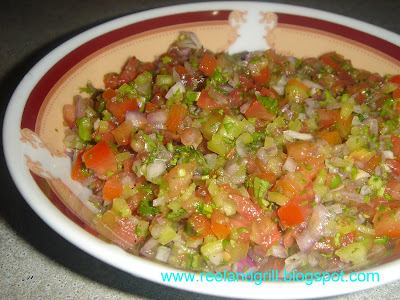 In the meantime, prepare your tortilla chips. When it’s time to serve, arrange the chips in a large serving plate. Top with the fresh tomato salsa then with lots of the nacho cheese. That’s it…..Enjoy! Our group munched this while watching an action movie over some light drinks. 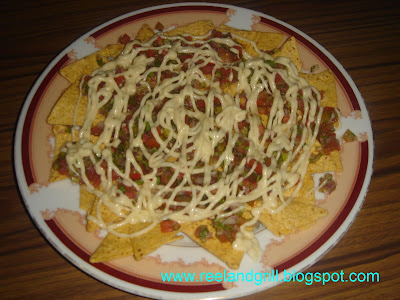 Make your own nacho cheese and fresh salsa……… enjoy the wonderful nachos made right in the comfort of your own kitchen. My better half love this so much, especially the huge and heavy “loaded nachos”. c“,)
Posted by Reel and Grill at 6:22 AM