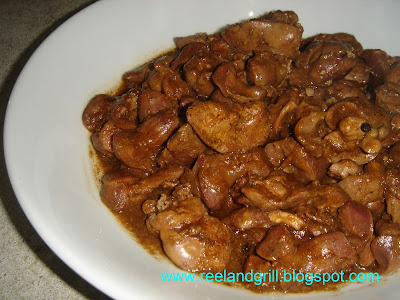 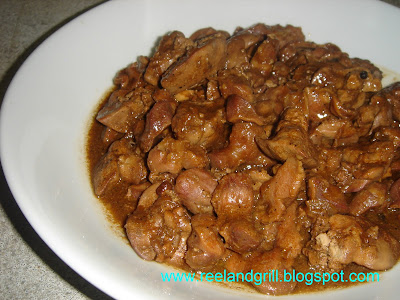 Since the dish involves gizzard which is the section which houses the most undesirable waste of chicken, proper cleaning it is among the most important stage of the preparation. The best way to ensure a fragrant gizzard is by meticulously cleaning it with rock salt, washing with vinegar, or by scraping it with the back of a knife to remove all traces of its natural dweller. Washing it several times and then properly draining is also necessary. :-)

To cook the dish, the basic ingredients needed are: ½ kilogram chicken gizzard, properly cleaned as mentioned above and then cut to bite sizes, and ½ kilogram of chicken liver with heart attached, washed and cut to small sizes as well. The hearts are cut open to remove the clotted blood inside its chambers by washing under running water. 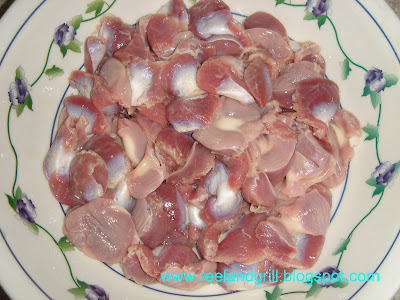 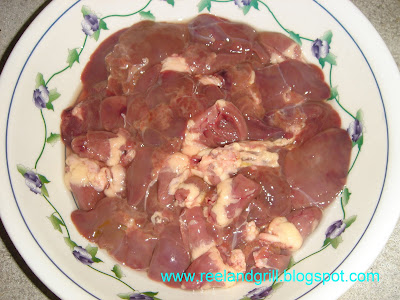 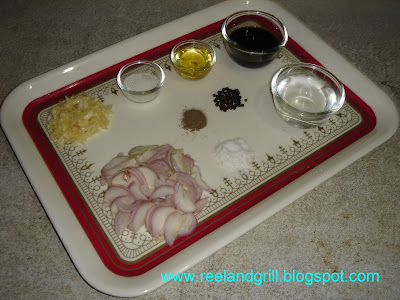 In a large heavy pan or wok, heat the oil and fry garlic until it is slightly browned. Add in onions and cook until it is translucent. Add in the soy sauce and sauté until it boils. Put all the thoroughly drained meat and mix the ingredients. 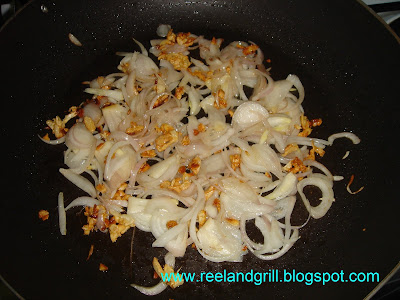 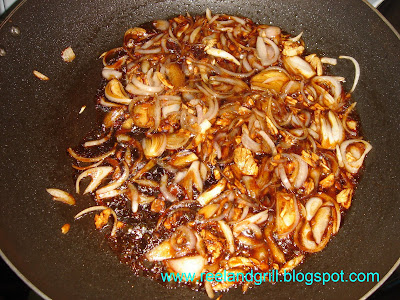 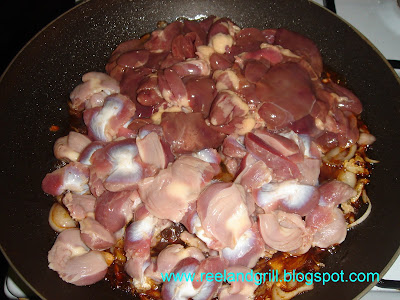 Let the meat renders its own juice and fat. Give it a gentle stir and simmer on moderate heat until the liquid is reduced and meat starts to sizzle in its own fat and aromatic. 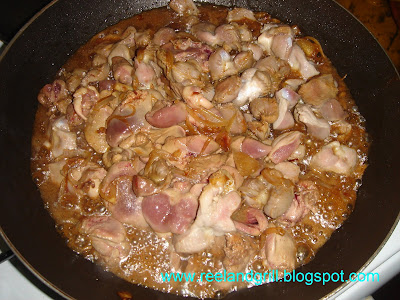 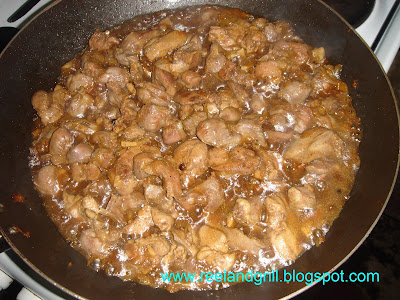 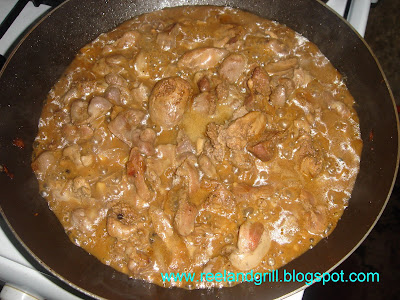 Add in whole peppercorn, ground pepper, white sugar and vinegar. Do not stir until it is briskly boiling. Continue cooking. Add enough broth to cover and continue simmering on low heat. Adjust the seasoning and level of vinegar. Add additional broth or hot water as necessary. 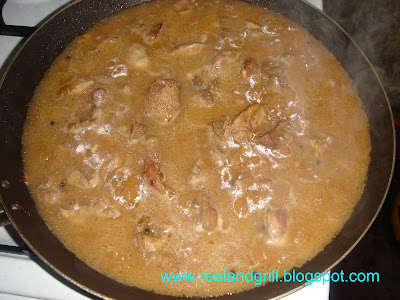 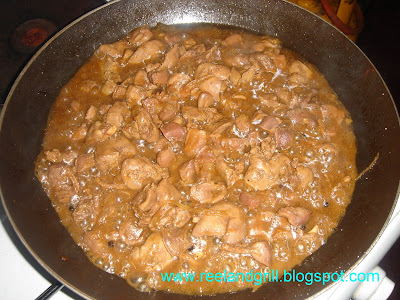 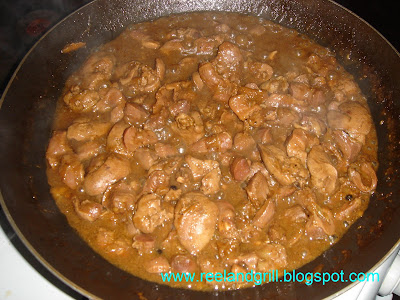 Continue simmering until the sauce is reduced, has thickened and meat is fork tender. 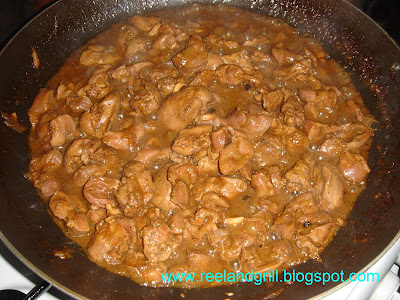 Transfer in serving platters. Serve warm to your friends over a bottle of your favourite wine or to your family with lots of steamed rice and probably some buttered veggies. :-) 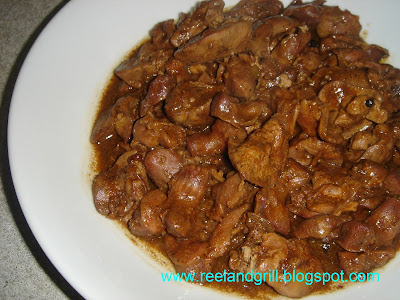 There it is……..another addition to our long list of “adobo” dishes. Try it and enjoy with family and friends! Our friends in London will probably love this with JD. :-) 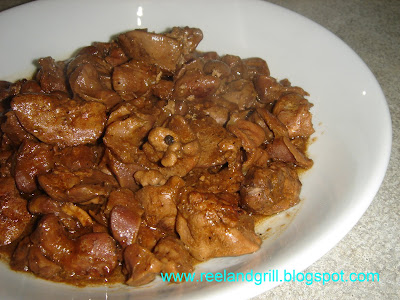 Eating this “adobong atay at balunbalunan” while drinking a bottle of ice cold beer is something very relaxing. It is only a statement though…… not an advice…….no! …….. believe me. c“,) 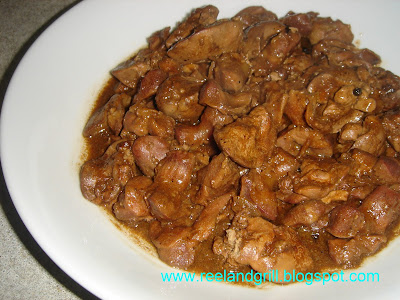 Posted by Cuisinegineer at 11:31 AM