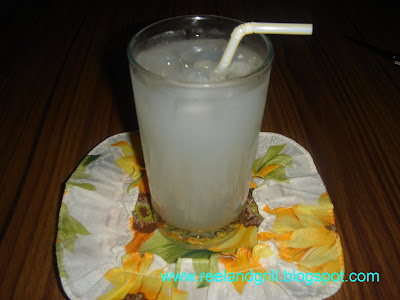 There are three important things to remember about the fascinating work of nature called cashew or what is known as “kasoy” or “casuy” in the Philippines, "marañón" in Brazil and Spain, “cajou” or “caju” in Portugal, “acajaiba” or “acajé” in Tupi and “kadju” here in Sri Lanka, to mention just a few of its many names. First is the real fruit, second is the nut and third is the accessory fruit. Is that very clear? I know it’s not. :-)
The accessory fruit, sometimes called the false fruit or pseudo fruit, is the oval or pear or bell-shaped structure that develops from the receptacle of the cashew flower which ripens into an attractive yellow and/or red but delicately soft body called cashew apple. This is what most of us believed is the fruit. It’s not. 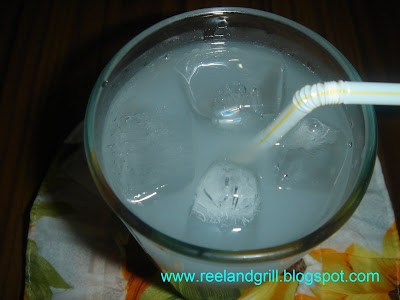 The true fruit of the cashew tree is the kidney or boxing-glove shaped drupe that grows at the base of the cashew apple. Yes, it is what is commonly thought as the nut or seed but actually is the real fruit. The drupe develops first on the tree and then the stalks bearing the fruit called peduncle, expands into the cashew apple.

The commercially important cashew nut is actually the single seed that can be found inside the true fruit. Although it is popular and widely known as a nut in the culinary world, it is actually a seed in the botanical sense.

In its natural form, the seed is surrounded by a tough double shell separated by a honeycomb tissue infused with caustic oil which is a potent skin irritant resin. 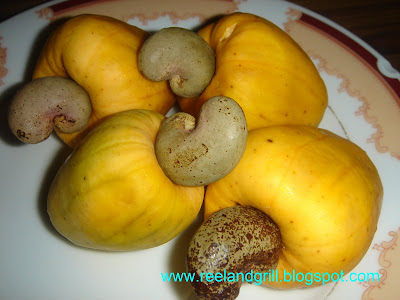 The cashew apple which is said to be five to ten times richer in Vitamin C than an orange, may be consumed fresh, but its high tannin content yields a slightly bitter taste and dry mouth after-feel. The soft flesh packs a rather large quantity of nutritious sweet juice but with extreme astringency that puckers up the mouth.

However in Brazil, cashew fruit juice is popular all across the country. In some parts of the Philippines where cashew is cultivated, the juice is also use as drinks.

In Goa, India, the cashew apple is mashed and mixed with water and sugar and used to make their popular liquor called “feni” through fermentation. The wine made from the juice is said to be the finest made from tropical fruits.

In Tanzania and Mozambique, the cashew apple is also use to make strong liquor referred to as “Gongo” and "agua ardente" respectively. 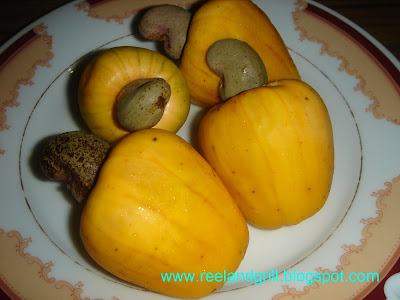 A local friend gave me some freshly picked cashew from a wildly growing tree in their land. They are fully ripe and ready to be eaten. Not wanting to waste the pretty and juicy cashew apples, I extracted the juice and prepared it as a beverage. I first cut the cashew apples in two then extracted the juice from its really soft flesh which was really very easy to do.

I poured the juice in a tall glass added some chilled water and some ice cube to make one full glass serving. The juice is already sweet so no sugar is really needed. :-) 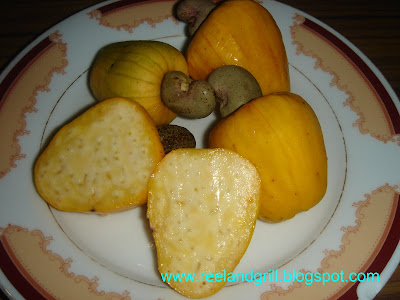 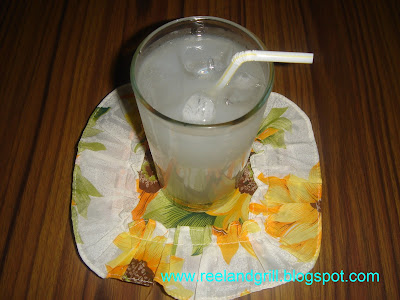 Before discarding the fibrous residue of the cashew apples, secure the precious true fruits where the seed or the nut is. 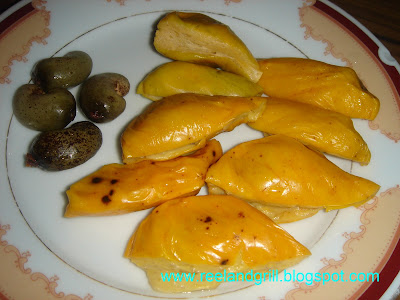 Remember, in some countries where cashew trees are extensively cultivated, cashew apples are basically left to rot and they only take the true fruits for its valuable seeds which are processed into cashew nuts. 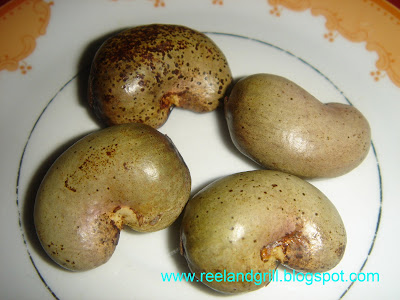 The cashew nut is a popular snack with rich flavor. It is often eaten on its own either lightly salted or sugared. It is also sold covered in chocolate or as a major component of sweets, candies, pastries and other bake goodies.

In the Philippines, it is use to prepare a sweet dessert called “turrones de casuy” which is cashew marzipan wrapped in white wafer.

Cashew nuts in whole form are likewise use as ingredients in the Thai, Sri Lankan and Chinese cuisines. In Indian cookery, it is often ground into sauces and use as garnish in sweets and desserts.

I believe we now have a clearer understanding of cashew. c“,)