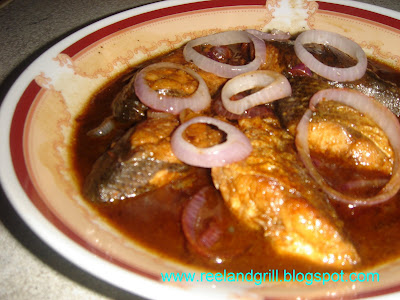 Milkfish, referred to as “Chanos chanos” in the scientific world is known in many parts of the world and called by many names such as “vaikkaya” in Sri Lanka, "bangus" or "bangos" in the Philippines, “sabalo” in Mexico and Spain, “bandeng” or “bandang” in other parts of Southeast Asia and giant herring, salmon herring, white mullet or boney salmon in the West, is the sturdy, symmetrical and streamlined fish with a rather big forked caudal fin that lives in the warm waters along the continental shelves and around islands in the Indo-Pacific.

They occur in the Indian Ocean and across the Pacific Ocean, tending to school around coasts and islands with reefs. The young fry live at sea for two to three weeks and then migrate to mangrove swamps, estuaries and sometimes lakes and return to sea to mature sexually and reproduce. In the wild, they are strong swimmer and they can grow up to about 1.7 meters but are most often about 1 meter in length. They have no teeth and generally feed on algae and invertebrates. 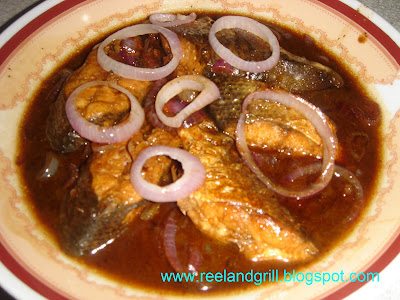 Milkfish is an important seafood in Southeast Asia. In fact, milkfish farming is a centuries-old industry in Indonesia, Taiwan and the Philippines. The boney but good tasting fish is a popular table fare among Filipinos and the principal fish species being cultured in the Philippines. Unlike most other fish species, milkfish has the inert ability to adapt and flourish in the confined, unnatural environment of fishponds and fish pens.

Being a major seafood of the Philippines, it is cooked and prepared in so many ways. From the simple grilling and frying to the elaborate “rellenong bangus” or stuffed milkfish. It is also processed into smoked, dried and “daing” or marinated fish. Due to its popularity, Filipinos have even developed methods of deboning the fish to fully enjoy its tasty flesh without the trouble of its numerous tiny bones. 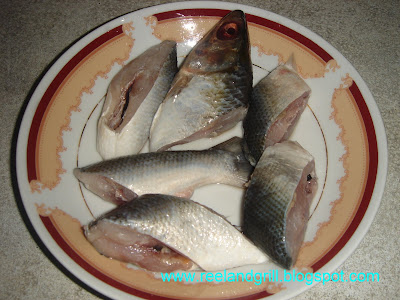 Here in Sri Lanka, milkfish are not farmed and thus very seldom to find in the markets or even in seaside stores. When I chanced upon several pieces the other day, I immediately bought some to be able to share with you some of my versions of cooking the dependable milkfish and satisfy our cravings at the same time.

For this recipe, which is a seafood variation of the popular Filipino Beef Steak locally called “bistik”, thoroughly clean, gut and scale one milkfish of about ¾ kilo (about 1.5 lbs). Cut it up to serving sizes and season with salt. 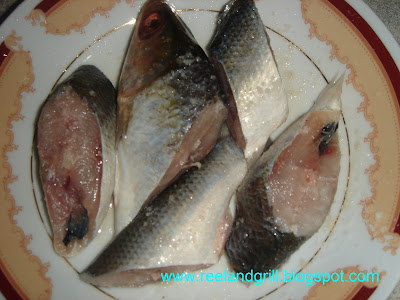 Meanwhile, prepare the other ingredients: 1 onion sliced into rings, ¾ cup soy sauce, 3 to 4 tbsp calamondin (“calamansi”) or lemon juice, ½ tsp of ground pepper and 1 tsp salt or to taste, depending on the saltiness of your soy sauce. 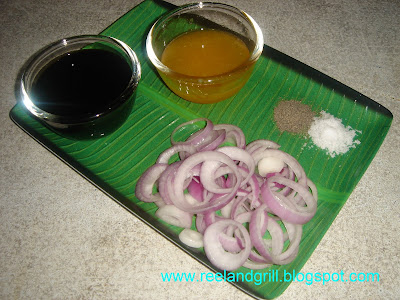 Heat some oil in a medium frying pan. Lightly fry the milkfish pieces, searing both sides. Beware of the notorious splatter of hot oil when frying milkfish. It’s ugly and painful. :-) Set aside. 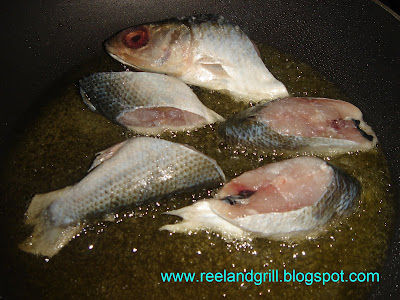 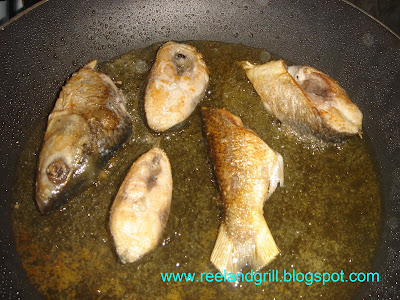 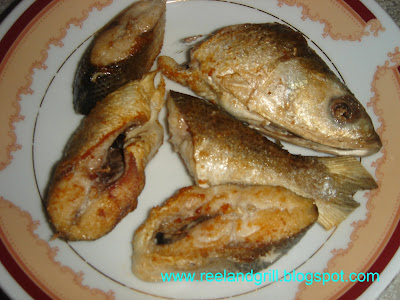 In a separate pan, heat about a tbsp of oil and fry the onion until translucent. Remove the cooked onion and set aside as well. 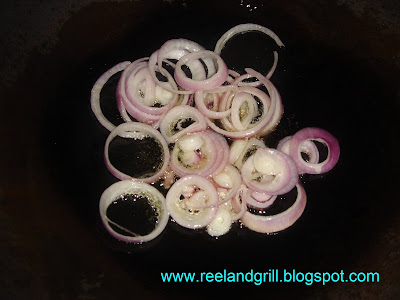 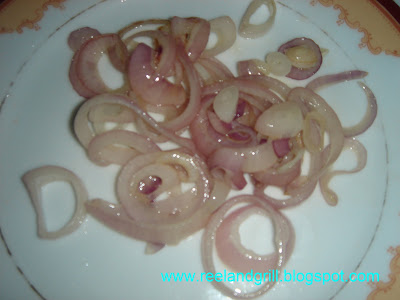 In the same pan over medium heat, pour the soy sauce, lemon juice and about half a cup of water. Stir to blend and let to boil. Taste and season with ground pepper. Add salt only if necessary. Add in the seared milkfish pieces followed by ¾ of the onion and continue cooking with the lid on over low heat.

Continue simmering until the taste has properly blended into “bistik” and sauce is a little bit reduced. 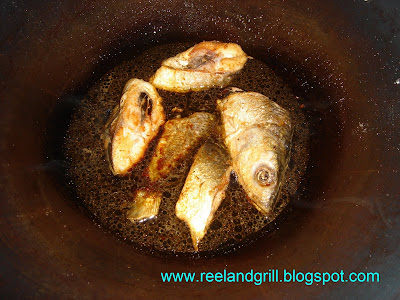 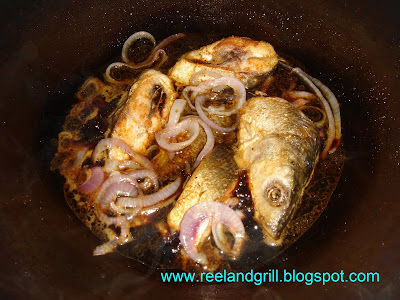 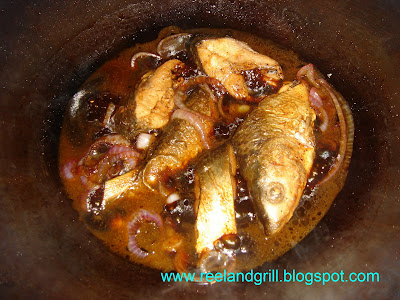 Transfer in a serving plate and topped with the remaining onions. Serve immediately along with some steamed rice. Real easy but yummy. 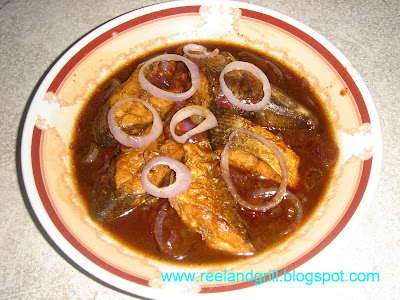 There it is, one way to cook your milkfish. This can be served for lunch, dinner and even breakfast. Enjoy! c“,) 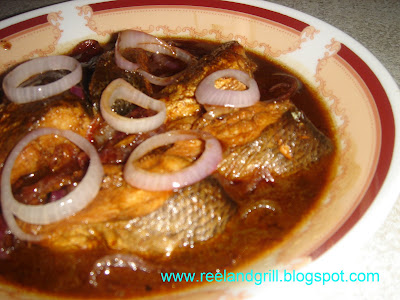