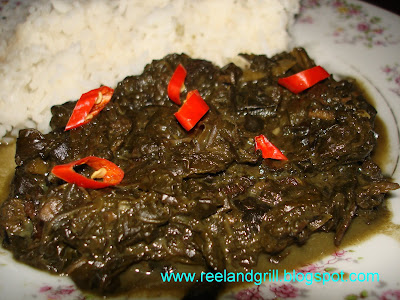 Among the well-known spicy yet very yummy dishes of the Bicol Region of the Southern Philippines which elicit my appetite are “Bicol Express” and “Laing”. The two dishes are both basically vegetable entrees with some pork meat and/or select dried fish or shrimp paste and cooked in coconut milk. For this post, let me prepare the “laing” dish which is made from dried taro leaves, some pork and dried fish meats, chilies and coconut milk. Both the thin coconut milk (2nd and 3rd extractions) and thick coconut milk, sometimes reffered to as coconut cream (1st extraction), which I explained in my “Ginataang Alimasag” post, will be used in this tasty dish.

Taro, which is widely cultivated in many parts of the world, is called by numerous names amongst them are “gabi” in the Philippines, “inhame” in Brazil, “yùtou” or “yùnǎi” in China, “dasheen” in Jamaica and other Caribbean islands, “satoimo” in Japan, “toran” in South Korea, “ghandyali” or “chamaggada” or “chaama dumpa” or “saru” in India and “kiriala” here in Sri Lanka. It is a tropical plant grown primarily as a root vegetable for its delicate and tasty corm and secondarily as a nutritious leaf vegetable. It is considered a staple in many cultures and believed to have been one of the earliest cultivated plants. 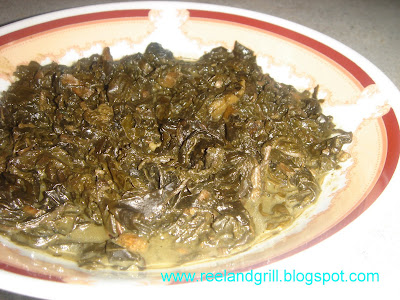 Taro corms are very high in starch and are a good source of dietary fiber. Taro leaves, like many leaf vegetables, are low on calories and rich in vitamins and minerals. They are a good source of thiamin, riboflavin, iron, phosphorus and zinc and a very good source of vitamin B6, vitamin C, niacin, potassium, copper and manganese. Oxalic acid may be present in both the corm and the leaf that’s why these foods are better eaten with milk or other foods rich in calcium like coconut milk.

The arrow-shaped taro leaves, sometimes referred to as "elephant ears", are produced on underground tuber vegetable plants and can grow more than twelve inches in length. Large and triangular, the edible leaves are similar to spinach but offer a richer flavor. In the Philippines, taro leaves are usually dried and sold in wet markets, groceries and supermarkets being the main ingredients for the popular dish called “laing”. The leaves in its dry form are easy to handle and readily available. 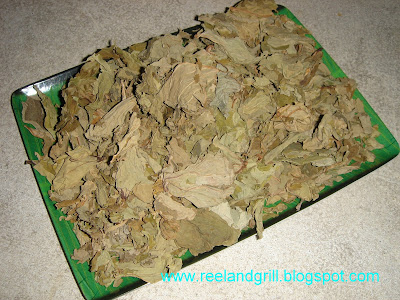 To re-create the dish we need 1 pack of about 250 grams of dried taro leaves or “dahon ng gabi” as shown above. Additionally, we need about 250 grams pork and about 200 grams meaty “daing” or dried fish. These primarily compose the major ingredients. 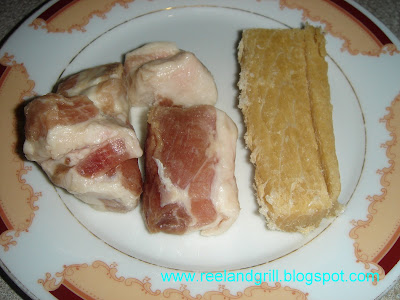 The other things needed are about 4~5 cups thin coconut milk, 1½ cup thick coconut milk, 1 pc thumb-sized ginger, peeled and crushed, 6 gloves garlic, peeled and minced, 1 medium onion, peeled and chopped, 1 stalks lemon grass or “salay” and 1 tsp salt or to taste, depending on the saltiness of your dried fish. 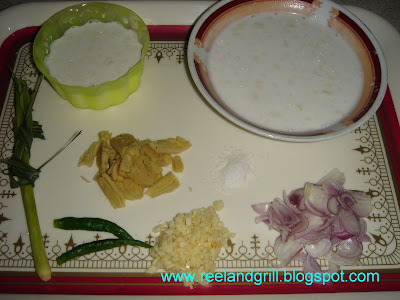 Wash and boil the pork until slightly tender then diced into small sizes. Likewise, wash and slice the boneless dried fish or “daing” meat to smaller sizes. In a thick pan or wok, pour the thin coconut milk, add ginger, garlic and onion and let it boil on medium heat. Then add the diced pork, dried fish, lemon grass, chilies and salt and continue simmering until the sauce has slightly thickened. 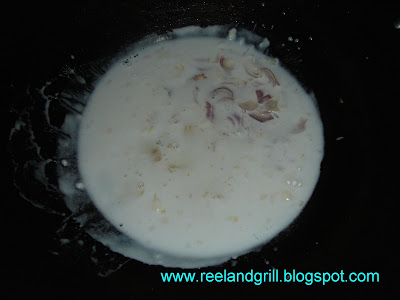 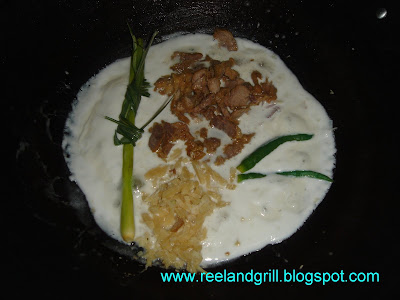 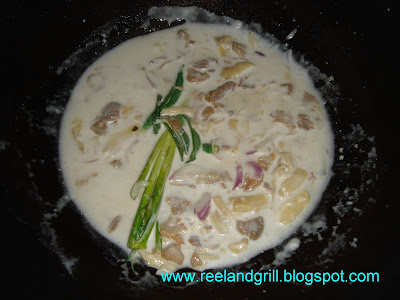 Add the taro leaves and continue simmering with occasional stirring. Add some hot water if it tends to dry up and taro leaves is still not fully cooked. 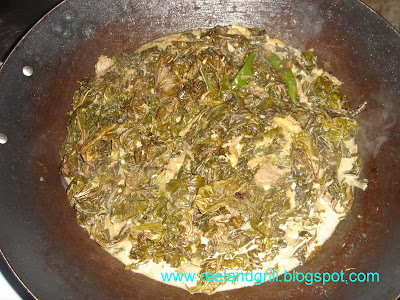 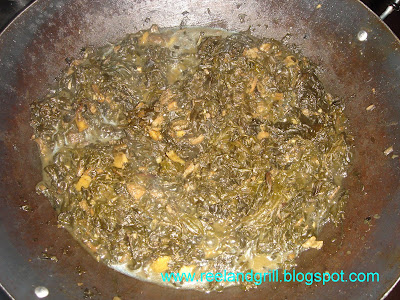 When almost dry and taro leaves are cooked through, add the thick coconut milk and continue simmering on low heat. Cook until oil comes out of the creamy and thick sauce. 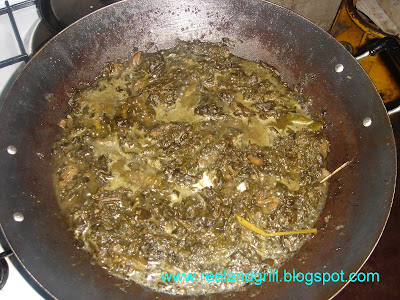 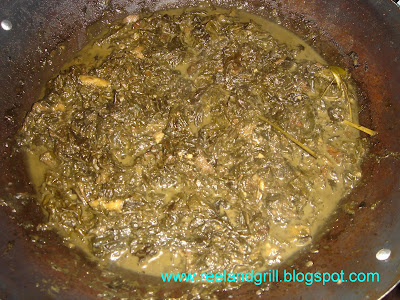 Transfer the dish in a shallow bowl and serve. This goes very well with fried fish and hot steamed rice. Enjoy! c“,) 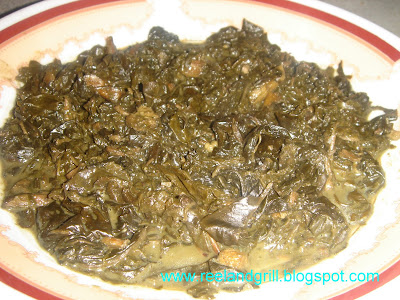 If you want more kick, you can sprinkle some more chopped red hot chilies on top like what I did. It’s hot, delicious and surprisingly good. :-) 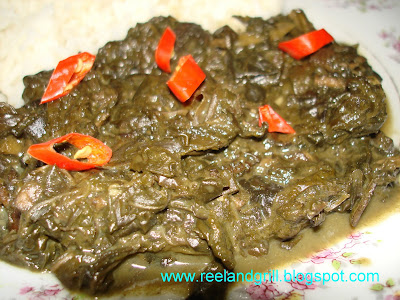