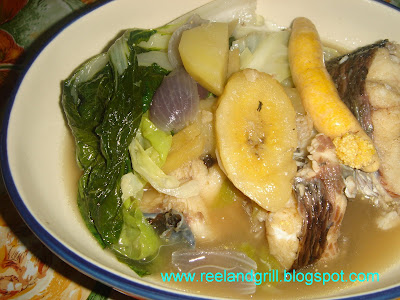 This is another version of the popular Filipino stew dish called “pesa”. In my first post about the dish, I used grouper or “lapu-lapu”, this time around however, I will be using the ferocious freshwater snakehead called mudfish or “dalag” or “bulig”. This is the same kind of fish I used in the “ginataang dalag at hipon” which I featured last year. Among the several “pesa” variations, this is probably the most common, particularly in the Luzon Island of the Philippines where the predatory fish is widely consumed as a regular table fare.

“Pesa” is basically boiled or stew fish infused with the pungent but earthy flavor of ginger. While there are other vegetables in the dish, it is the ginger that plays a major role in the over-all taste of the stew. The strong earthy flavor of ginger does not only provide a tasty broth but also counters the somewhat stench smell of the fish who spend most of its lifetime close or submerge to the muddy bed of its natural habitat.

Like in the “pesang lapu-lapu”, the dish should be served accompanied by the same salty-sauce made from either Chinese fermented soybean cake called “tahure/tauri” or fermented black beans called “tausi”, or sometimes using the Japanese fermented condiment called “miso”. Since I already posted this sauce before, I will not be showing it anymore. 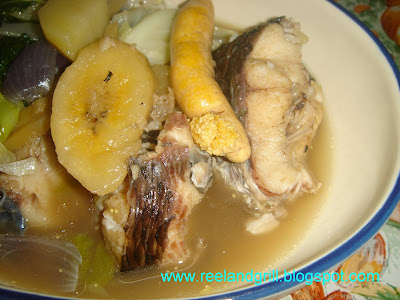 “Dalag” or mudfish is a personal favorite so I always buy some every time I visit the wet market in our city. It is also a common but very elusive, gamefish target in most of our freshwater fishing adventures. Apart from its good taste, its being a fierce and powerful fish provides with the much sought adrenaline-pumping moments during angling fights.

For the dish, I bought a 1 kilogram fish which I asked the fish monger to clean for me as scaling and gutting mudfish is quite a tough and messy job most people would avoid doing in their kitchen. No kidding. It is not so fun. :-) 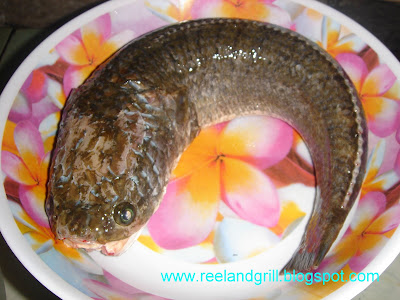 The fish wash thoroughly cleaned and washed and cut up to serving sizes including its interestingly gorgeous roe as shown below. 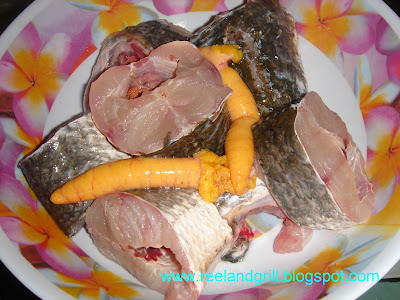 Season the fish slices with salt. In a frying pan with vegetable oil, slightly fry the fish to be assured of a fragrant and tasty broth. Fry the fish on both sides until just seared and slightly browned. Set aside. 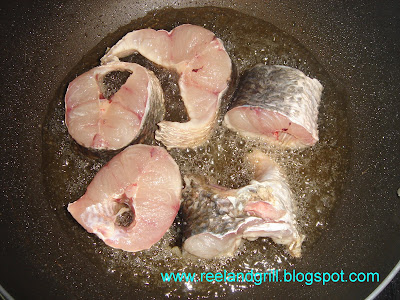 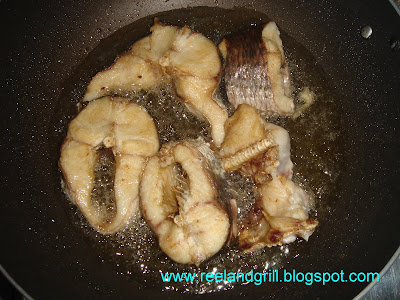 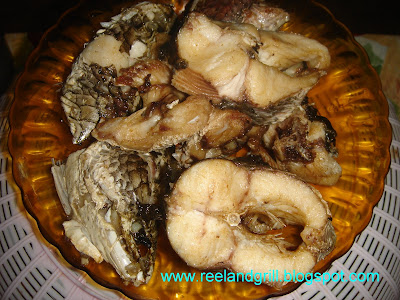 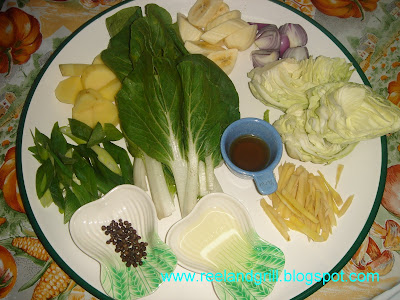 In a large pan or wok, heat the vegetable oil and fry the ginger followed by the leek. While sizzling in fat, add the fish sauce and stir to cook the fish sauce and eliminate its pungent smell. Add about 6 cups of rice washing and simmer on low heat. Add in the potato and banana and continue sautéing until aromatic. Add salt and peppercorn and continue cooking until the vegetables are just tender. 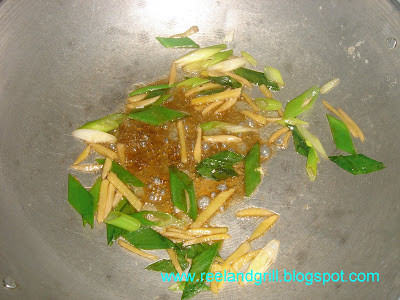 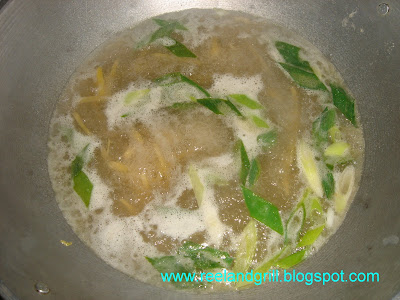 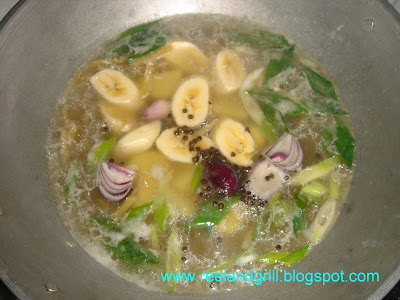 Carefully add in the fish and fish roe and continue simmering. Adjust the broth level by adding some more rice washing. Adjust the seasoning as well. Add the “petchay” and finally the cabbage. Cook for several minutes more until the veggies are cooked through but still crunchy. 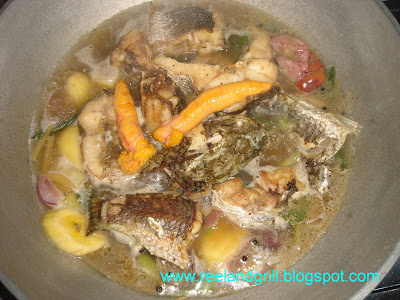 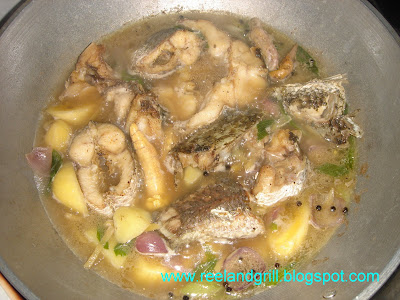 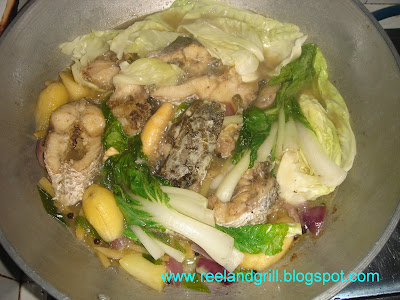 Transfer in a serving bowl and serve alongside with lots of steamed rice and the special sauce posted here. :-) 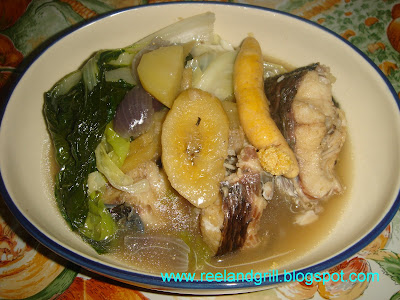 Enjoy the yummy dish! It includes a wonderful broth, succulent fish and crunchy vegetables all in the same bowl of the pure “pesa” goodness. c“,) 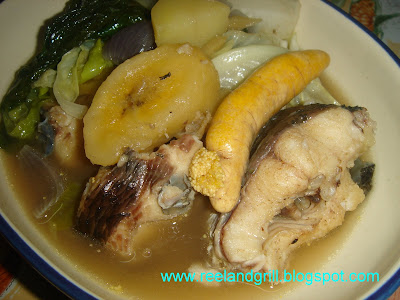