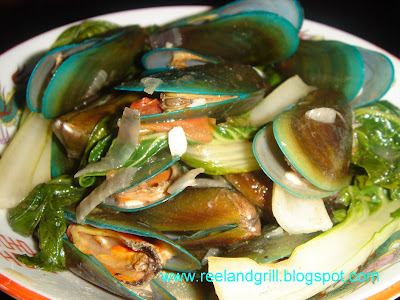 In my more than 5 years of continuous stay in Sri Lanka, “tahong” or the Asian green mussel, also known as Philippine green mussel, is among the food I really missed a lot. While Sri Lanka is a tropical island country with vast marine waters, I have not seen anybody harvesting or selling “tahong” or any variety of mussels during that 5 long years. While at one time, I was able to eat some wild mussels which our driver gathered from the rocky shoreline of the fishing spot we regularly fish and which I excitedly sautéed and prepared into the familiar Filipino soup dish, I have been constantly craving for the tasty bivalve seafood.

Now that I am back in the Philippines for a short vacation, “tahong” is among the first wet market goods that occupied my basket. With its still inexpensive price, “tahong” remains a handy source of tasty dish that is so easy on the budget making it an all-time popular food for the masses.

“Tahong” or Asian green mussel is an economically important mussel belonging to the family “Mytilidae”. It is native in the Asia-Pacific region and was introduced as invasive species via boat hulls and water ballasts in the waters of Australia, the Caribbean, Japan, North America, and South America. In 1999 it was found in the waters off Tampa Bay in Florida. It is harvested for food due to its good taste and fast growth but is also known to harbor toxins called “Saxitoxin” produced by the dinoflagellates (red tides) that it feeds upon. 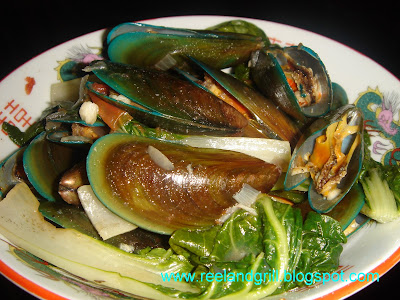 “Tahong” ranges from 2 to 4 inches in length and may occasionally reach 6 inches. Its shell ends in a downward-pointing beak. The smooth periostracum is dark green, becoming increasingly brownish towards its point of attachment called “umbo”. Younger mussels are bright green and that becomes darker as it ages. The shell’s interior has a pale-blue sheen. The mussel has a large mobile foot which it uses to climb vertically should it be covered by sediments. It also produces a strong byssus or byssal threads sometimes called "beard" to help it attach to its substrate.

Among the popular Filipino recipes using green mussel are grilled, baked with some cheese and herbs, steamed open then fried with butter and spices and the most common preparation - sautéed in tomatoes and then continue cooking as soup with some veggies which is the subject of this post. To cook the said dish, we need about a kilo of medium sized “tahong”. The mussels should be shell scraped, beard removed and thoroughly washed and rinsed several times until looking and smelling very clean. 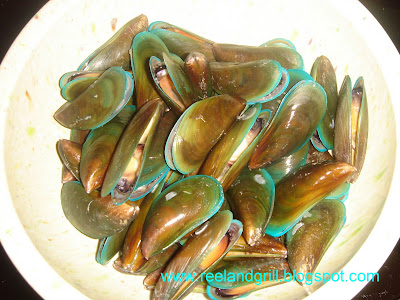 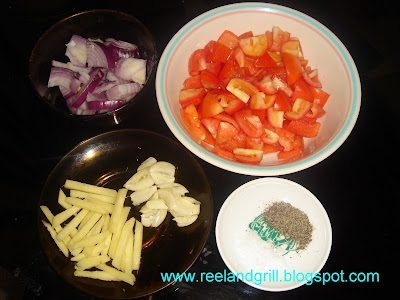 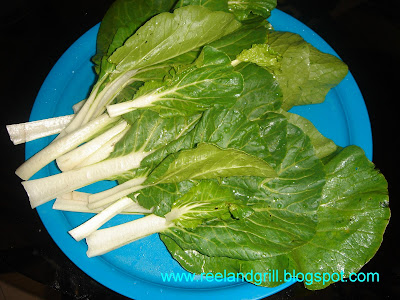 The cooking process is straightforward sautéing. In a large casserole or pan, heat the oil in medium flame. Fry the garlic, followed by ginger. Add in the chopped tomatoes and continue frying until soft and mushy. Add in mussels and continue sautéing until it renders out its own liquid and shells starts to open. 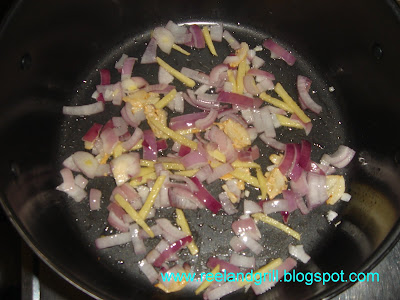 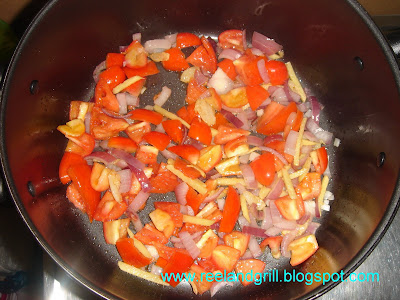 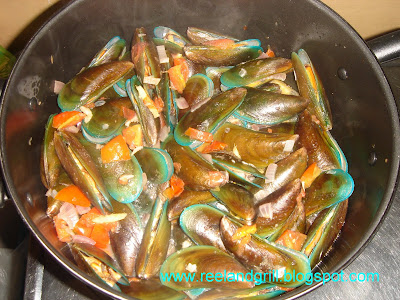 Continue simmering with liquid that comes out. Add some more hot water or better yet, rice washing (second wash) if you want it soupier. Add ground pepper and season it with salt to taste. Mussels usually packed some salty liquid inside the shell so taste and watch out adding salt. Add the “petchay” or any veggies of your choice and continue simmering until the vegetable is cooked through. 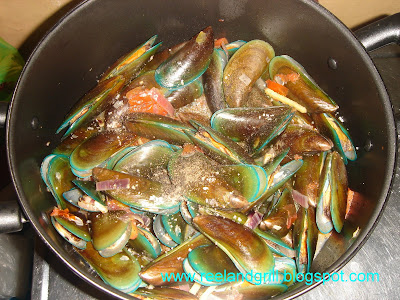 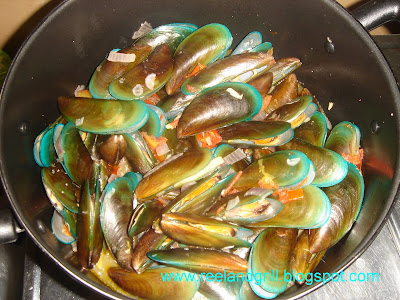 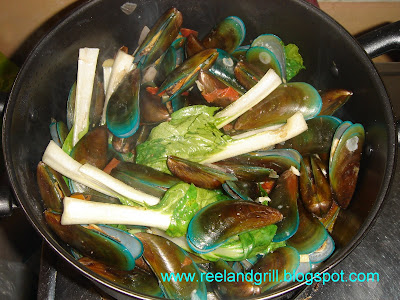 Transfer in a shallow bowl and serve hot along side with some fried fish and steamed rice. This is such a low-budget but very delicious meal. Yummy! :-) 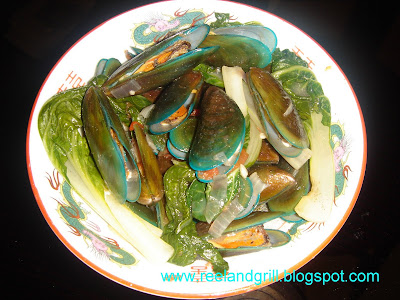 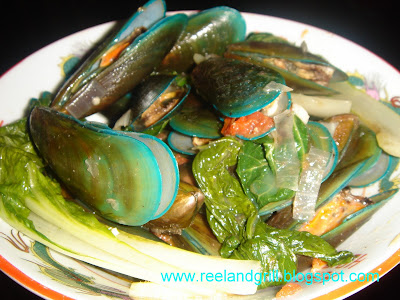 Mussels are relatively cheap and widely available. Eat them as often as possible as they are rich in protein and carbohydrate, an excellent source of Selenium and vitamin B12 and a good source of Zinc and folate. Enjoy! c“,) 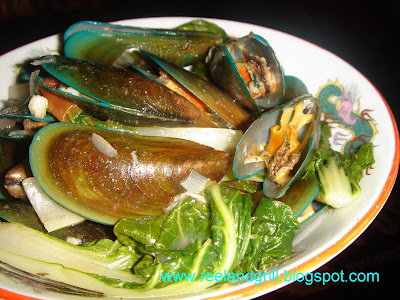