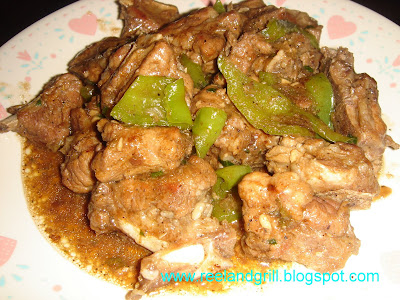 Sometime late last year, I already shared an easy spare ribs recipe which to me is really good and utterly tasty. Today, let me share another simple, fool proof but also a delicious way of preparing that wonderful variety of pork ribs called spareribs (also spelled spare ribs). Since the meat cut is basically more meaty and succulent than baby back ribs, though the two can be used interchangeably in most cases, the dish is sure to please anyone with its soft, juicy and luscious meat that will easily fall off from the bones as you eat them along with its rich sauce.

Since the process involves braising, the resulting dish will be similar to a typical Chinese method of preparing spareribs rather than like in the Philippines where it is usually stewed with vegetables like in “nilaga/linaga” or “sinigang” and in the US where it is commonly barbecued or baked.

Though spareribs are among the popular and fast selling cut of pork and the first one to sell out, purchasing a good quality meat is necessary to ensure a really wonderful dish. I usually select freshly butchered meat that is still colored pink and with a layer of fat that is still colored white and not yellowish. By all means avoid thawed or previously-frozen spareribs when buying. You can’t be sure of its quality and more importantly of its taste. 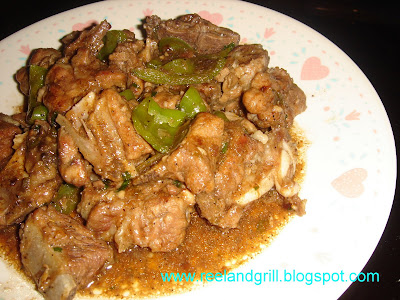 I also avoid parboiling the meat in lieu of shorter cooking time be it in braised, grilled, baked or barbecued dishes. You don’t want the meat to render the fat and release its natural juices during boiling and eventually lose it. They contain the true flavor and moisture of the ribs which should be retained in the dish.

To cook this second braised spareribs recipe, we need about 600 grams or about 1½ lbs of good quality meat, cut up to serving sizes, washed, rinsed and drained, 3 gloves garlic, peeled and minced, 1 medium onion, peeled and chopped, 1 bell pepper, seeded and cubed, 1 tbsp each of celery stalk and leaves, finely chopped, ½ tsp ground pepper, a pinch of dried rosemary and ¼ cup oyster sauce. Not shown below but also required are: about a cup of chicken or pork broth, 2 tbsp vegetable oil and the extracted juice of one “calamansi” or 1 tbsp lemon juice. 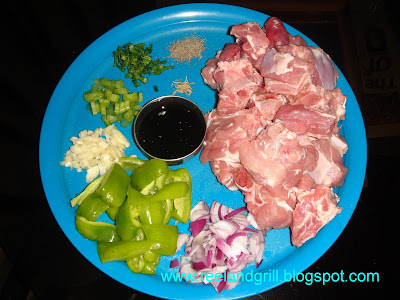 In a medium pan or wok, heat the oil and fry the garlic followed by the onion. Add in the spareribs and continue frying until the meat is lightly seared and browned. Add the ground pepper and oyster sauce and continue sautéing. 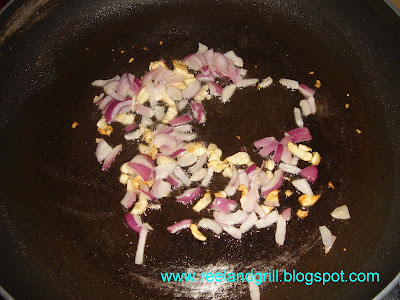 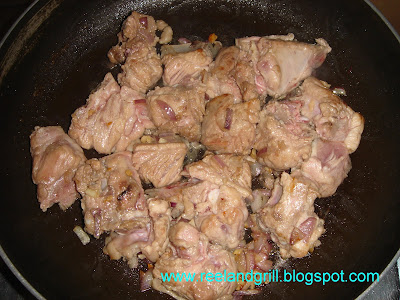 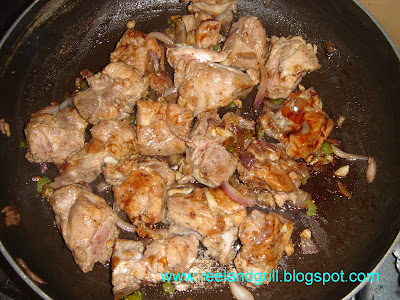 Add the broth and “calamansi” juice and simmer on low heat for about 30 to 45 minutes or until the meat is fork tender and liquid is reduced. Add in celery and rosemary and continue cooking. Taste and adjust the seasonings. Finally, add in the bell pepper and cook for several minutes until veggie is cooked through but still crunchy. 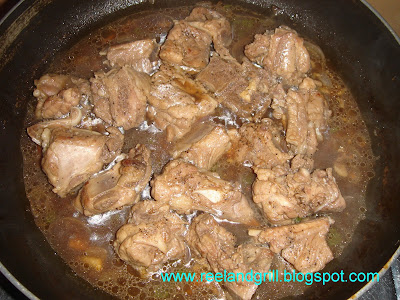 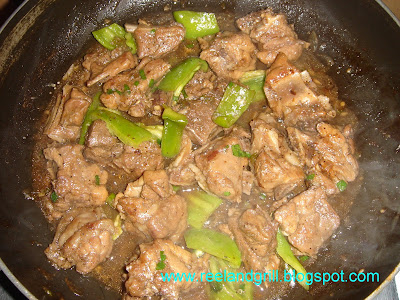 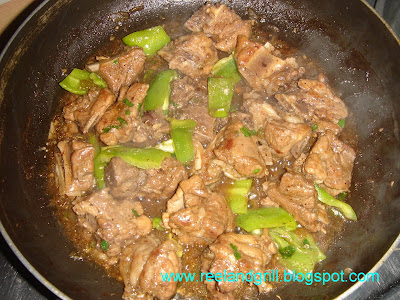 Immediately transfer to a medium platter and serve warm with lots of steamed rice or if you like, your favorite bread. Either way, it will be satisfying. 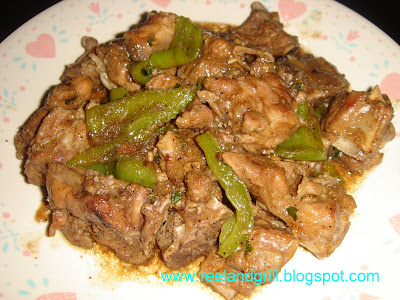 The slightly sticky residual sauce should be coating the pieces of spareribs. The bones should easily wiggle the succulent meat. The dish is perfect as a main meal or even as appetizer or “pulutan” over some beverages. :-) 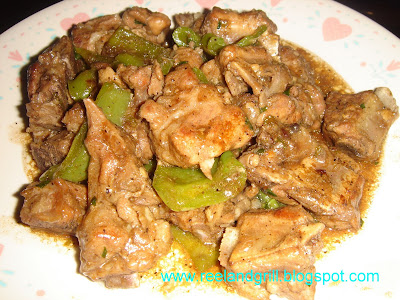 It’s so simple and yet so delightfully yummy. Enjoy! c“,) 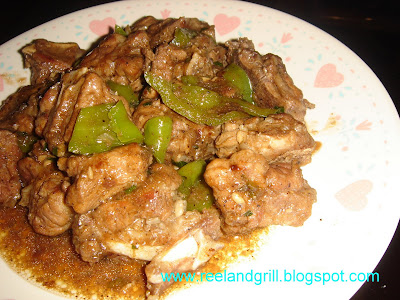