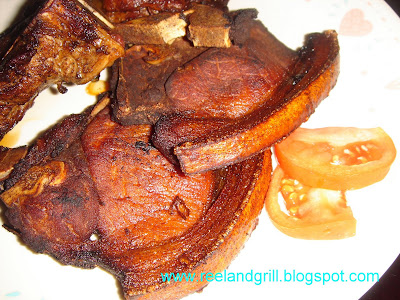 A pork chop is a cut of meat where the cutting is done perpendicular to the spine of the pig and usually containing a rib or part of the backbone or vertebra and served as an individual portion. It is the most popular cut from the strip of meat that runs from the pig’s hip to shoulder called the pork loin. Depending on where they originate, pork chops can be found under a variety of names, including loin, rib, sirloin, top loin and blade chops.

However, when in the Philippines, pork chop generally refers to rib chops which originate in the center of the loin in the rib area and include some back and rib bone as well as the fat section which may or may not include the skin. It comes from the rib portion of the loin and is similar to rib eye steak. It could be simply seasoned with salt and pepper or elaborately marinated with several seasonings and spices and then either grilled as barbeque or as most commonly prepared, fried.

Basically pork chop cut in the Philippines market comes from the pork rib roast or rack of pork or center-cut pork loin cuts of the US. Instead of roasting or cooking it whole however, it is further cut to several portions in between the ribs and cooked and served individually. Pork chop is a top favorite cut of pork. Wonder not, even the popular cartoon character Homer Simpson from The Simpsons has repeatedly referred to the meat cut as among his favorite food. Most Filipinos shares the same passion including me. That is why it is among my first food to cook immediately after arriving in the Philippines. :-)

One of the easiest ways to cook pork chop is simply fried like in my post “pritong baboy”. But here, the resulting dish is called “pritong pork chop” or fried pork chop marinated in “calamansi” juice extract, garlic and soy sauce. To cook the dish we need about 500 grams of pork chop, about four slices. The meat must be thoroughly washed and drained. 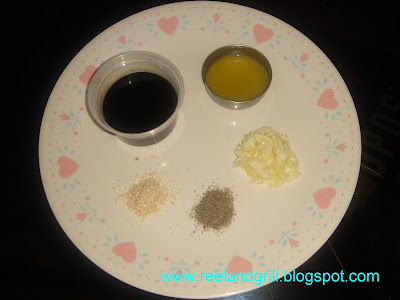 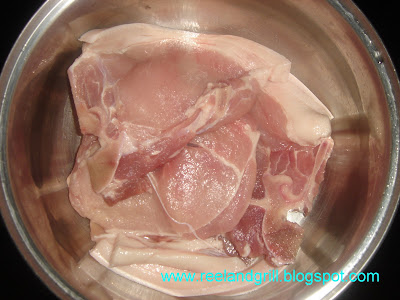 This is an easy, no fuzz dish. In a mixing bowl place the properly washed and drained pork chop pieces. Add all the marinating ingredients and mix everything until the meat is evenly coated with all the ingredients. Place inside the fridge and marinate for at least an hour overnight if you have time for best result. Flip the meat several times during the process to assure even infusion of marinade into the chops. 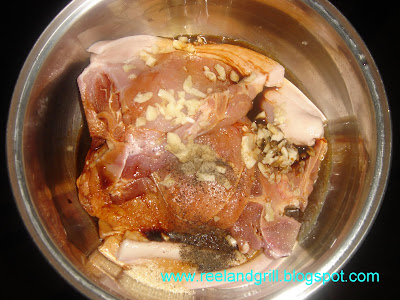 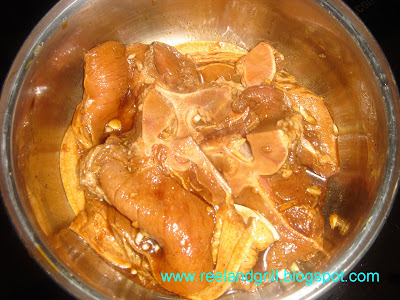 Heat about 1 cup of vegetable oil in a medium-sized pan. When the oil is already hot, cook the marinated pork chops in two batches. Fry each side until golden brown and edge are a little crispy but still juicy inside. 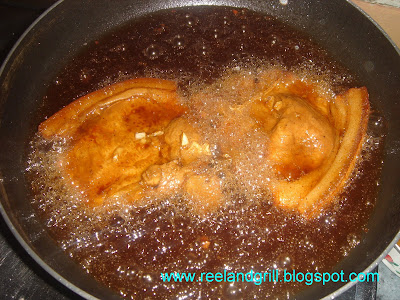 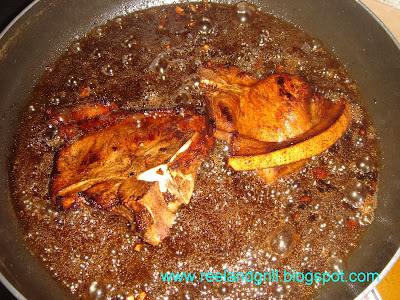 Continue frying the last batch. Properly drain the cooked meat in paper towels and transfer in a serving plate. 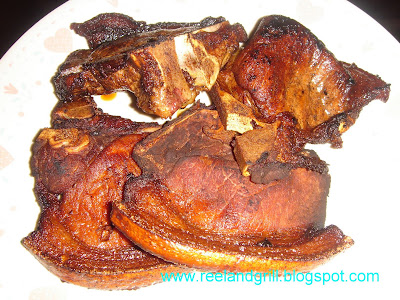 Serve with lots of steamed rice and some tomato slices on the side. These four slices of pork chop became the school lunch of my kids. So easy and yet so yummy! Enjoy! c“,) 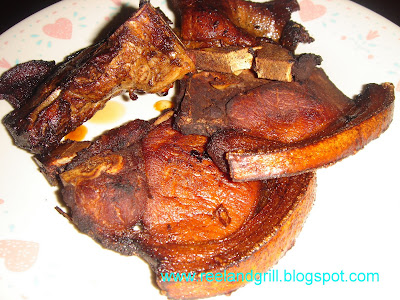