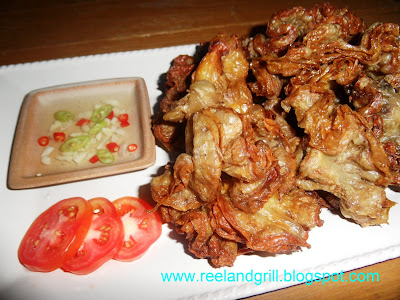 “Chicharon” or “tsitsaron” is a derivative of the Spanish word “chicharrón” which refers to the dish made of fried rinds, usually from pork, but sometimes made from chicken, beef or mutton (goat). It is popular in some parts of Spain, in Latin America and other countries with strong Spanish cultural influences like Mexico and of course, the Philippines. Filipinos love the dish so much that many other meat parts are prepared into “chicharon”. Apart from rinds of chicken, cow and “carabao” (Philippine water buffalo), Filipino “chicharon” can also be made from intestines of pork, beef and chicken, crop or “butse” of chicken, skin of yellow fin tuna and as I am about to feature here, pork mesentery. “Bulaklak” or pork mesentery is widely available in Philippine local wet markets (“mercado” or “palengke”) in cities and municipalities. Due to its exotic nature, it would be difficult to find in high-end supermarkets inside the popular shopping malls. So if you want to prepare the dish you have to visit the town’s wet market where freshly butchered meats abound. Since the mesentery is quite fatty, its main use as a food item is limited to deep frying into crisp “chicharon” where much of the oil will be rendered out.

To prepare the dish to be served to a rather large family like ours, I bought about 2 kilos (4.5 lbs.) of the pork mesentery. Being part of the internal organs, it should be properly washed and rinsed, not once or twice but many times…….. until the foul or bitter odor is reduced, if not totally eliminated. 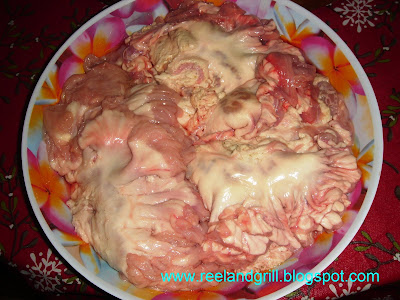 Like “lechon kawali” which is also a deep fried meat dish, the mesentery must be boiled first until tender before it is fried. The ingredients needed in parboiling the meat are almost the same:1 pc carrot, peeled and cut to small sizes, 8 cloves garlic, peeled and crushed, 2 medium onions, peeled and quartered, 1 stalk of celery, 1 tsp whole peppercorn, 2 tbsp salt or to taste and enough water to cover. These ingredients will infuse flavors as well as make the meat fragrant. 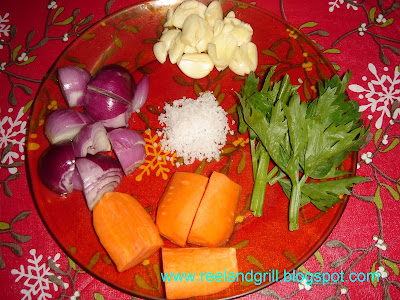 Arrange the pork mesentery in a large, heavy casserole and cover with enough water. Let the water boil on high heat. Scoop out all the scum that will appear on the surface during the initial boiling stage. 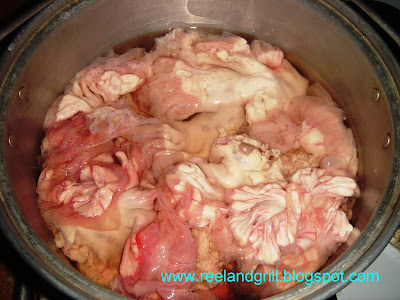 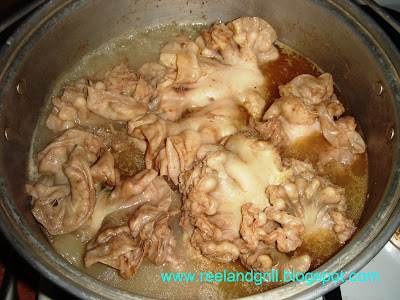 When the broth is clear, adjust the heat to low and add all the above ingredients and continue simmering until the meat is just tender. 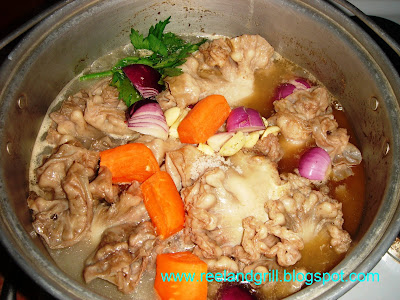 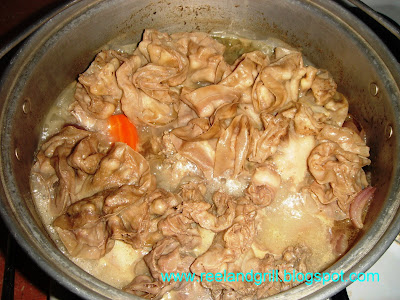 Remove the meat from the broth, let it cool, drain and slightly dry up. You can wrap and freeze it if frying is to be done some other time. Discard the broth with the spices and vegetables. 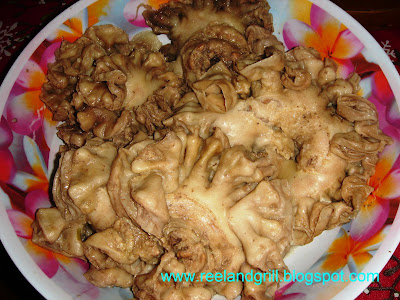 To fry, heat enough oil in a large wok or deep frying pan. Slice the boiled meat to manageable sizes. With utmost care, deep fry the meat in batches. Watch out for nasty splatters. 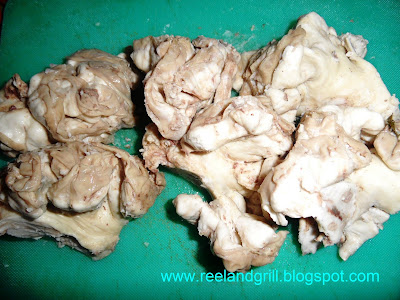 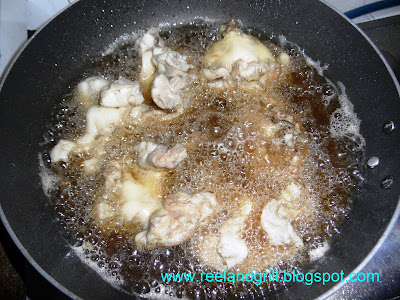 Flip them over if necessary to attain even cooking on two sides, golden brown and crisp. 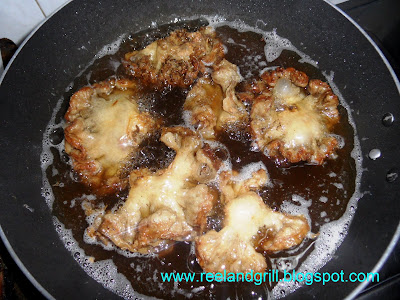 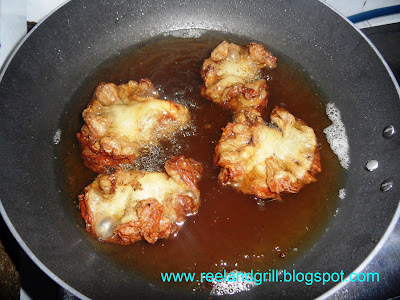 Remove excess oil from the cooked meat by properly draining it in paper towel. 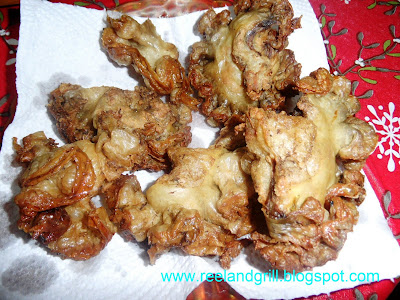 Arrange the “chicharon bulaklak” in serving plater along with your preferred dipping sauce. Spiced vinegar or soy sauce + “calamansi” or lemon juice + chili are just some of the choices. Some chopped tomatoes on the side will further excite the dish. 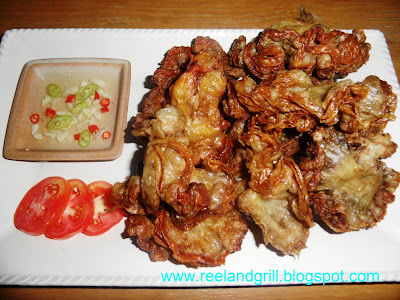 If you need to chop it to bite sizes, all you need is a sharp heavy knife and a quick chopping action to cut through the crispy edges of the meat without pulverizing it. This is not a diet material, but to enjoy the crispy-yummy taste, you need to have a bite even once in a while! c“,) 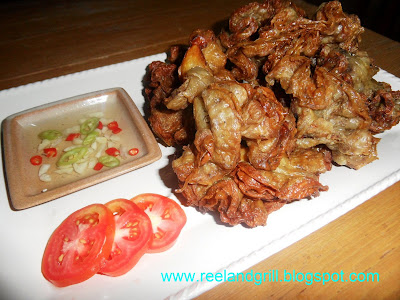 Posted by Cuisinegineer at 12:43 AM