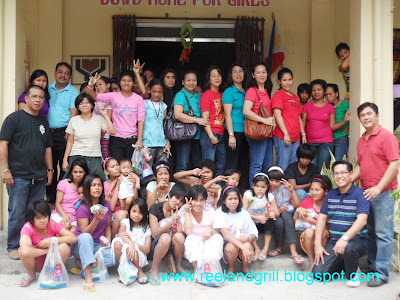 Friendship endures. It is never diminished by distance or time. Most especially if it develops during the exciting formative years of high school. For it is firmly founded on shared experiences, togetherness, self-discoveries, unadulterated love and unconditional understanding. It is so powerful……… compelling……… capable of leaving a permanent footprint in the heart…… and most are in fact, everlasting! That no matter how rewarding, forceful, complicated, tragic or life-changing the succeeding personal experiences are, there will come a time that you will look back…… smile and wonder. And suddenly the desire to meet old but never forgotten friends is overwhelming. The feeling is intense but light-hearted…… chaotic but beautiful!

It’s probably the reason why for schoolmates, homecoming or even just an impromptu or haphazard meeting and getting together for at least a day, is one of the most sought-after activities lined-up during the long holiday seasons. When, despite the many family events that occupy almost all available days of the vacation, we would always find ways to squeeze into our already tight schedule, a time for significant gathering of alma mater friends, whoever is available.

This is so true for the High School Match-Science Batch 83 of the Tarlac College of Technology (TCT) [now Tarlac State University (TSU)]. We (or many times it was they :)) always find time to reconnect with one another…… to rekindle the friendship …… to reminisce happy memories …… and spend grand time. While such a simple get-together activity is already important in itself, some batch mates were able to transform the last one we had into an even more meaningful, socially relevant and cause-oriented affair. No kidding. It was many folds better and fulfilling than the usual meeting, bonding, eating, singing and drinking. :-) 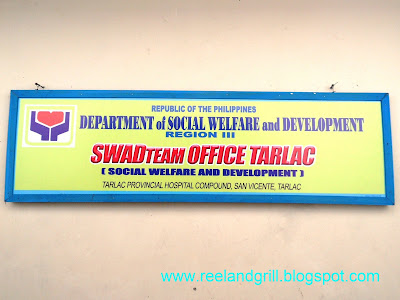 See the photo above? Yes, DSWD or Social Welfare’s office. Specifically, the Home for the Girls. We spent the day there on 26th December 2010. No, there was no Karaoke there, neither was colorful lights, nor lavish foods, nor ice-cold drinks, nor fancy appetizers …… just less fortunate people …… young children and ladies …… brought together by fateful events in their lives ……… struggling hard to survive …… hardly clinging to life and the beauty it is yet to offer ………. ardently hoping for a better tomorrow ……… for a new life. 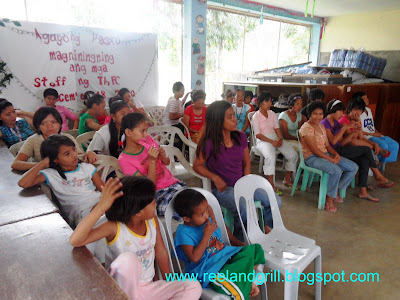 We spent the day there sharing modest meal, distributing gifts and giving some cash …… our little way of showing compassion, spreading love and understanding, bringing happiness even for a day and letting them feel that there are people who still value them ……… that they too are remembered ……… and that MS Batch 83 cares and will continue to do so. 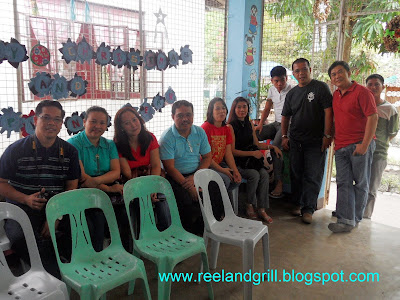 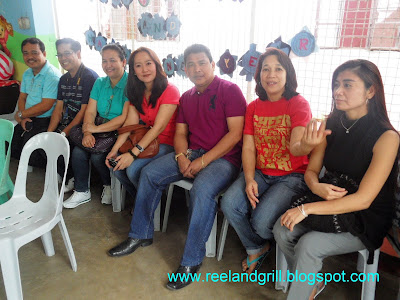 The prime movers of the worthwhile activity were my good friends Feng (Col. Ferdinand Lacadin), Bong (Raymond Tipay), Leonard (Leonardo Tabamo), Mhel or May (Emilita Mallari-Eng), Lil (Lilia Mangila-Galang), Soc (Socorro Martinez), Ever (Ma. Ever S. Miranda-Lacadin), Joji (Joji Lacsina-Cruz) and Raoul Villavicencio. While I was initially contacted by another friend Benjie (Ruben Rozal) informing of the activity, for some reasons he was unable to attend. Two other friends who I expected to see are Amor and Noel but they too will probably catch up and join in the next gift-giving. I came without notice, more like a surprise participant and supporter…….. not only to make-up for a previous shortcoming (peace) but to show my 100% love for the batch. :-)

As always, Bong and Leonard (as well as Feng and Lilia) did much of the leg works including coordination with the DSWD-Tarlac (Philippines) in identifying the most appropriate recipients of our humble offerings and arranging the activity. 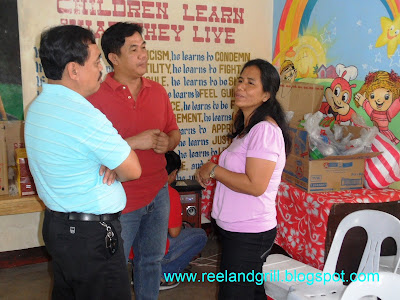 The gift-giving was officially opened by prayers and followed by some inspiring remarks from the DSWD In-Charge and our very own Leonard who delighted the young girls with his concern, antics, wit and charm. :) Did I miss something? 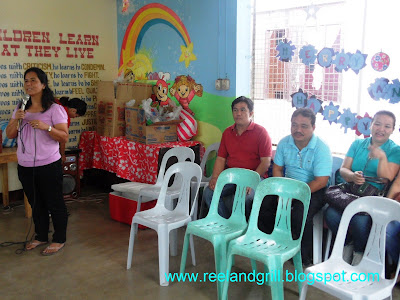 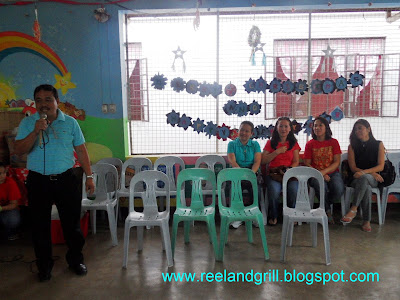 To show their appreciation, some of the girls showed us their talent in dancing through back to back dance numbers. 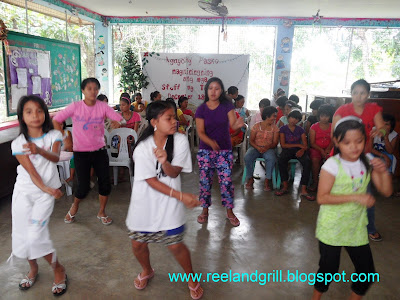 Impressed and entertained, the still gorgeous ladies of MS Batch 83 were just too shy to join in but obviously rhyming with the tempo nonetheless. Yes, Mhel almost failed to resist the beat. :-) 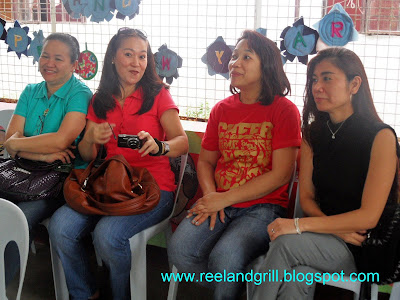 Among the members who stood as benefactors for foods are Feng and Ever with their son who provided luscious cakes, Mhel who brought sumptuous spaghetti and cold drinks and Raoul (yes, it’s him) who provided the tasty hamburgers (even without cheese as commented by Bong) :-).

The meal was happily distributed by the members. While it could just be an ordinary food to us, the recipient could not be more than excited to have them. 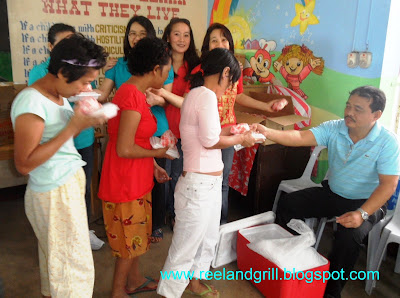 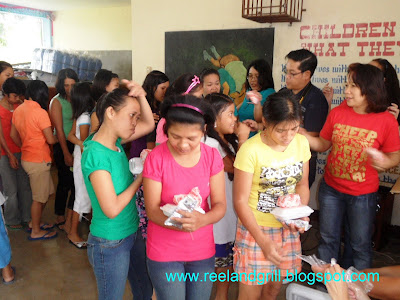 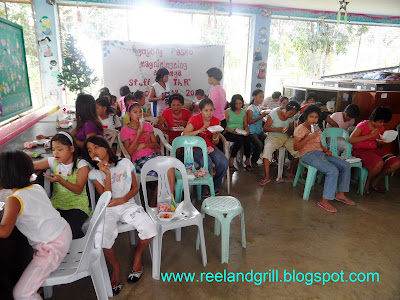 They enjoyed every bite that Feng even needed to convince the kids that while the burger came from “Jollibee”, the spaghetti is from “Jollimhel”. 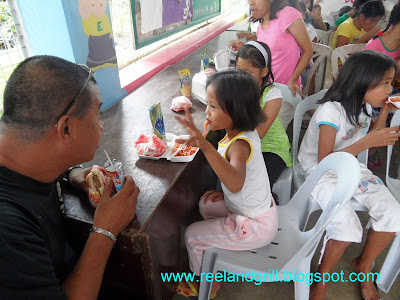 As per Bong, the members who extended financial support were our friends Nonie (Raymond Soliman), Railen (Railen Dela Pena), Leny (Leny Facun-Mascarenas), Arthur (Arthur David), Dines (Dinah Espiritu-Garingo) and Rose (Rosemary Deles) who unselfishly shared some of their blessings to raise the needed money for the gifts made of groceries. The tedious shopping, preparation and individual packing were handled by Bong, Leonard and Lilia.

All members of MS Batch 83 are deemed part of the activity, so others can send their share next time. :-)

The distribution of gift packs followed. A bag of groceries composed of the things the DSWD listed as their most needed items were given to everyone. We can see the happiness felt by them as they open the bag and see exactly what they need. Nothing especial….purely essential! 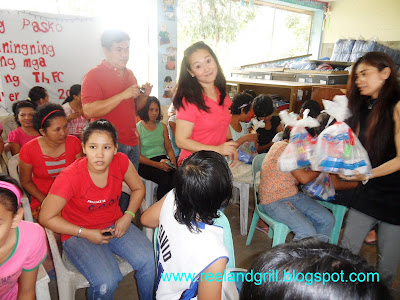 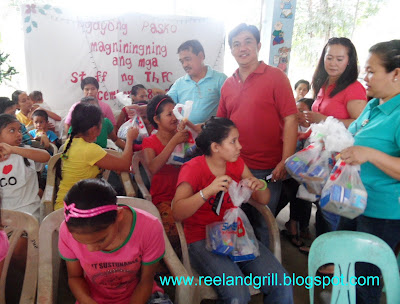 Feng and Ever, through their son, also distributed cash. Who wouldn’t be happy with that? 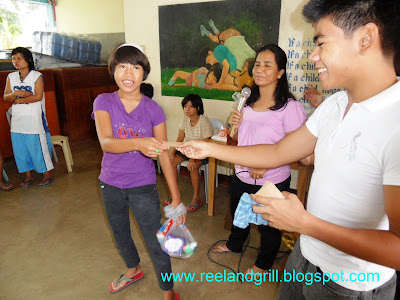 Leonard also handed over several more gifts and cakes to the DSWD in-charge for their distribution according to needs. We received lots of thanks and praises from the social welfare institution.

The activity ended with the girls seriously thanking the MS Batch 83. We can see how genuinely joyful they were and all we could say was “the feeling is mutual”. 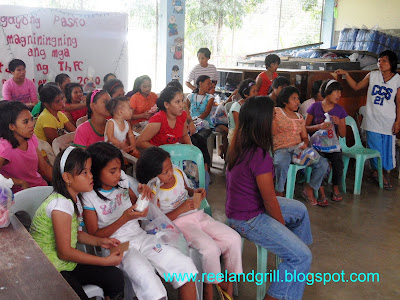 As we leave the compound of DSWD somehow, another friendship develops…… some girls already made their choice of idols…… 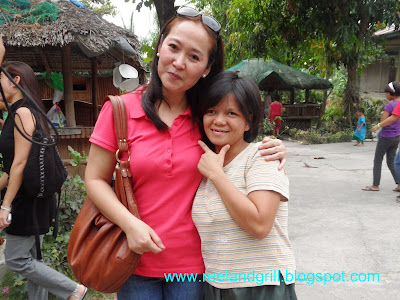 And as we made a digital impression of everyone’s happiness that day, we look forward to another worthy activity from us in the MS TCT Batch 83. Not necessarily grander but definitely more fun, fulfilling and well attended. For I know, each of us impliedly agrees that “Giving is living and sharing is loving”. God bless us all! 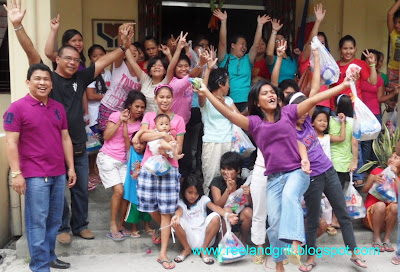 Ah finally it’s posted! Sorry batch mates if it’s a very late post. But for a work as important as this, late is better than not posting at all. I know there are still typos here but right now, I need to publish this right away! c“,)
Posted by Cuisinegineer at 3:41 AM