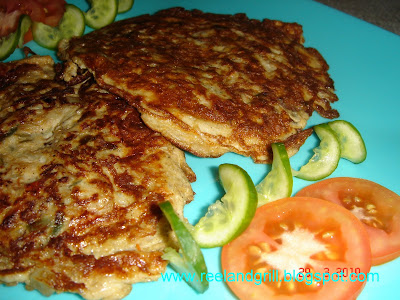 Almost all members of our group (Filipinos working on an Expressway project here in Sri Lanka) like eating crab very much. Since “alimasag” or blue crab is sold here at a rather reasonable price, it has become a regular table fare on our weekends which we usually cooked as “Steamed Alimasag” or like last Saturday's “Ginataang Alimasag”. Sometimes we over-buy the tasty crustaceans that at least a member has 2 large pieces in a meal. Because 2 fat crabs are quite too much for me, I usually reserve the claws or chelae (“sipit”) for another dish often as soup or “torta” (omelet) for breakfast the next morning.

First, let me clear some information I provided before about “alimasag” or blue crab which is the type of sea crab found in the Philippine and Sri Lankan waters. Technically, “alimasag” belonging to the species “Portunus pelagicus” is called blue swimming crab in English. It is also called blue manna crab, sand crab, horse crab and yes, blue crab. So my referral to blue crab when I mentioned “alimasag” is also correct. However, I wish to make this clarification to avoid ambiguity with the more popular blue crab belonging to the species “Callinectes sapidus” and found in the waters of some Western countries. While the two types of crab share many common characteristics, they also possess obvious differences like the pattern in their shells. 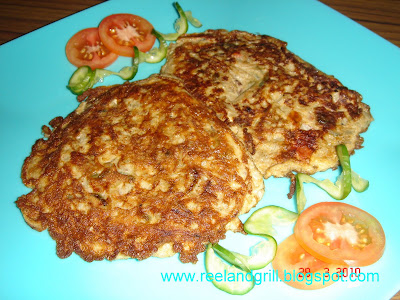 Since we shall be cooking “Tortang Alimasag” and we have already elucidated the word “alimasag” as referring to a type of blue crab, allow me to offer another disambiguation on the word “torta”. “Torta” in the Philippine context refers to a kind of Filipino omelet. It is different from the “torta” of Mexico which refers to a particular type of sandwich and the “torta” of many European countries which refers to a special type of layered cake with fillings.

Last Saturday, we believe our group has over indulged in “alimasag” because apart from the “Ginataan” I prepared, we also have some crabs simply cooked as “Steamed”. :-) 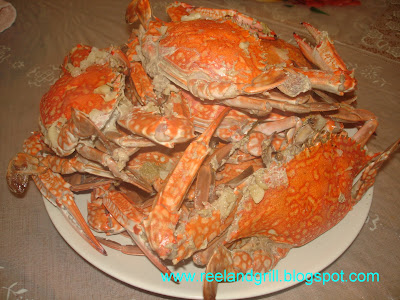 As expected I was not able to consume my entire share and I kept the big claws in the freezer. For about 3 sets of chelae, I was able to collect about a cup of priced crabmeat which I intend to cook as “Tortang Alimasag” or Crab Omelet.

While Philippine “torta” is usually referred to as omelet in English, it is actually more of the Italian frittata than omelet. Unlike omelet, “torta” is not served folded. The eggs are beaten to incorporate and thoroughly mixed with the other ingredients before frying the mixture into round, thick and pancakes-like frittata in small amount of oil.

To cook the dish, we need the following ingredients to complement the about 1 cup of crabmeat: 3 gloves garlic, peeled and minced, 1 small onion, peeled and roughly chopped, 1 large tomato, roughly chopped, ½ tsp salt and ¼ tsp ground pepper, 2 medium eggs and about 4 tbsp oil. These are basic ingredients and you are at liberty to add some other vegetables you love like, mushroom, bell peppers, carrots, chilies, etc. and fresh herbs like flat leaf parsley, green onion, celery, etc. 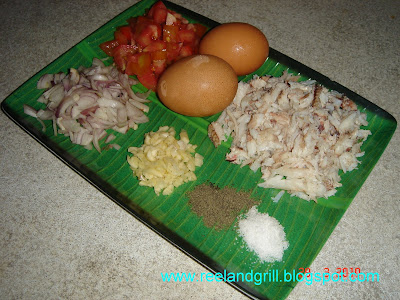 In a thick pan or wok, heat about 1 tbsp vegetable oil and fry the garlic followed by onion and tomato. While sizzling, add in the crabmeat and continue sautéing. Season it with salt and ground pepper and sauté for several more minutes until everything is cooked through and aromatic. 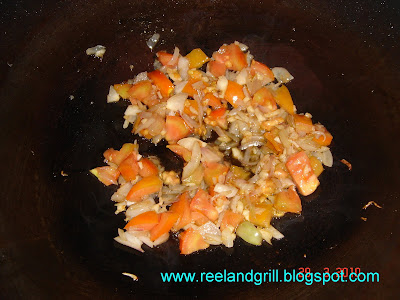 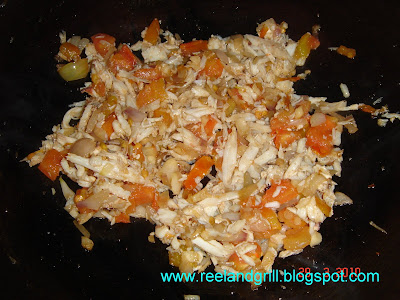 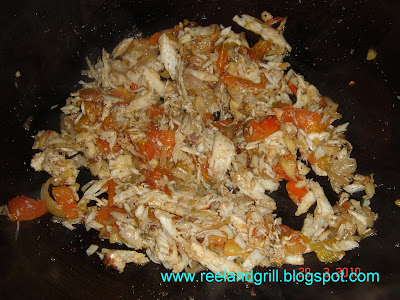 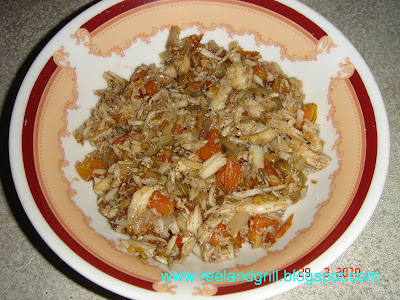 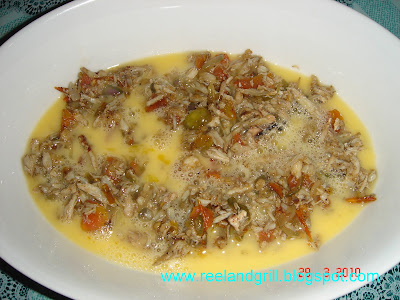 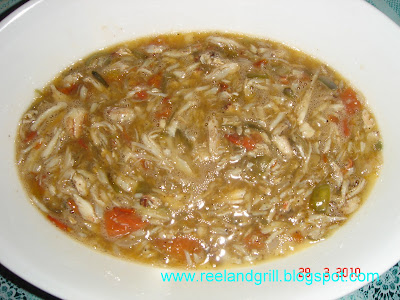 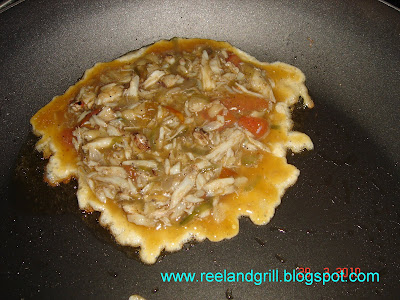 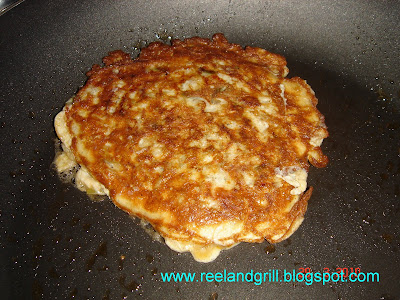 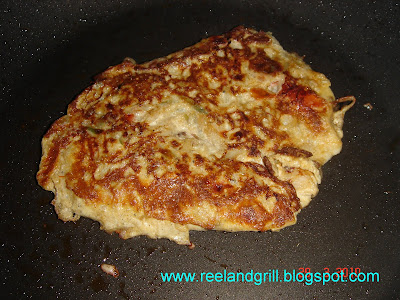 Transfer the cooked “torta” in a wide dish and serve immediately. I particularly like this dish with steamed rice, either for breakfast or lunch. This is good. Enjoy! :-) 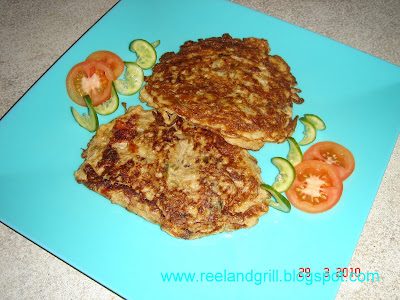 “Tortang Alimasag” is probably the most delicious “torta” in the Philippines. Whilst I also love the much simpler “Tortang Talong” or Eggplant Omelet or Frittata, the taste of crabmeat is simply much better. c“,) 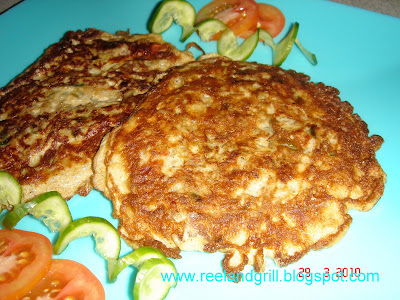