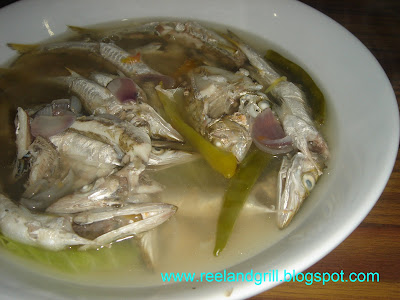 Having friends that are from Cebu, Bohol and Samar Provinces of the Southern Philippines provides us with opportunities to try and taste some of their most loved Visayan dishes. Our friends are hardcore fish eaters so fish entrees like the “Kinilaw na Tanigue A La Rene” and “Paksiw na Isda” are now a regular fares in our table. We also frequent the seaside more often now to check the fresh catch available. It is therefore foreseeable that we will prepare the other popular Visayan soup dish called “Tinowa” or “Tinola” or just “Tola” which is basically a “tinolang isda”.

It is a soup dish similar to “Sinigang” but without the strong souring agent or rather very lightly soured only by tomatoes. In fact, for me, it is more similar to the “kinamatisan” (stew in tomatoes) dishes of the Southern Tagalog region specially the Batangas, Mindoro and Quezon provinces where fish are abundant. 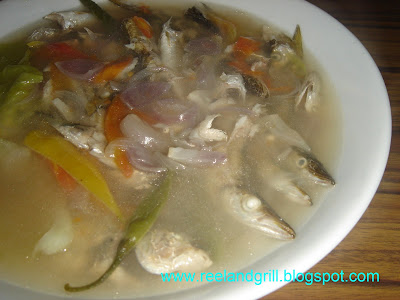 “Tinowa” is said to be the most common way of cooking in Cebu and Bohol areas. It is among the three popular methods of cooking fish collectively called “sutokil” which stand for “sugba” or “inihaw” (grill), “tola” or “tinowa” and “kilawin” or “kinilaw” (like a ceviche). “Tinowa” is prepared by stewing any type of really fresh fish with lemon grass, tomatoes, onions, chillies, leeks or green onions and young leaves of horse radish or “malungay”. It is considered a comfort food which has a wonderful soothing effect and the ability rejuvenates strength.

For about a kilo (1,000 grams) mixed small and juvenile fishes we recently purchased from the seaside, which is not well suited to be prepared “kinilaw”, our Visayan friends immediately thought of cooking it “tinowa”. The suggestion is like music to my ears as I will finally taste the popular dish I always hear being talked about by them. The fish must be scaled, gutted and cleaned. With such so many small fishes, doing this requires patience, a lot of it. :-) 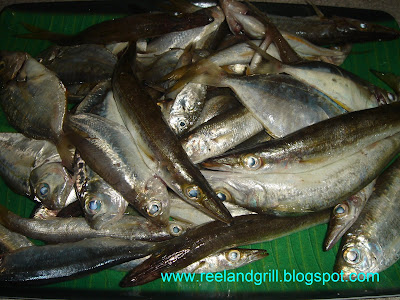 The method involve in cooking the dish is quick and easy. Thus, expect to have just a few basic ingredients. We need 1 big stalk of lemon grass or “tanglad” or “salay”, 2 pcs tomatoes, chopped, 2 pcs onions, chopped, 5 pcs finger chilies, 1 pc mild chili pepper, 1 pc leek, white portion only and 1 lime to be squeezed later to the already cooked dish. Of course, salt, ground pepper and MSG (optional) are also needed to season the dish. 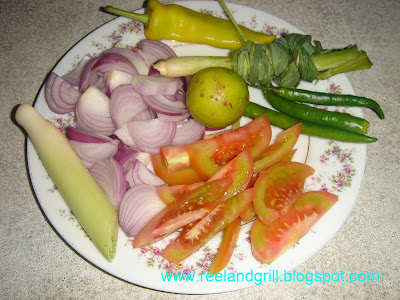 We also need some young “malungay” leaves but since we don not have right now, we decided to just use some cabbage to provide the green veggies and complete the dish. 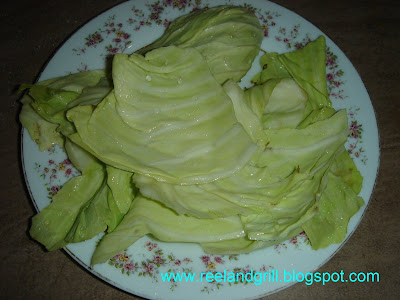 Cooking is really very easy. Our colleagues Rene and Alex did it in only about 10 minutes. First fill the casserole or pan with about 8 cups of water. Place the lemon grass and finger chilies and allow the liquid to boil. Add the fish and the chili pepper in the boiling water and let it boil again. 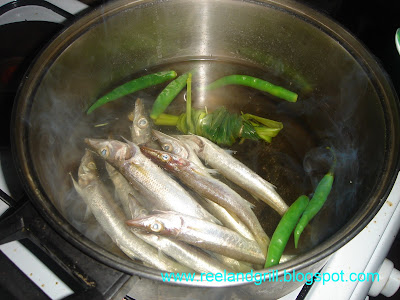 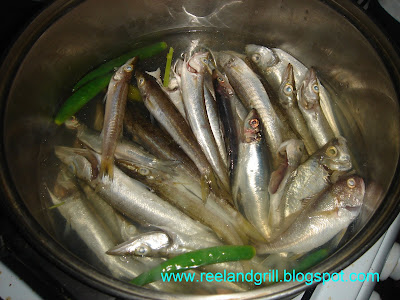 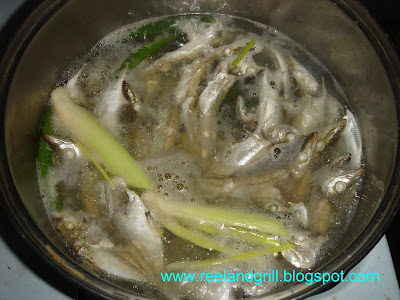 Add the rest of the ingredients except the cabbage and continue cooking. Season the dish with about 1 ½ tsp salt (or to taste depending on the amount of soup), about ½ tsp pepper and some MSG if you like. Once the liquid is boiling add the cabbage and cook for about a minute more. Turn the heat off, put on the lid and wait for about 3-5 minutes before serving. 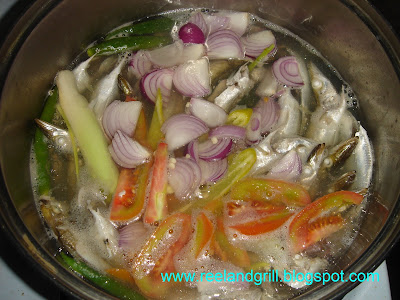 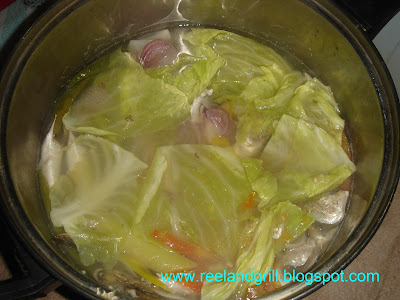 Transfer in a wide shallow bowl and squeeze some lime juice. Serve with lots and lots of steamed rice. 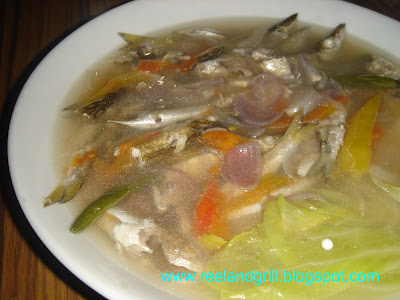 We eat this tasty dish accompanied with some delicious fried emperor fish and the combination is so good that a cup of rice is hardly enough. 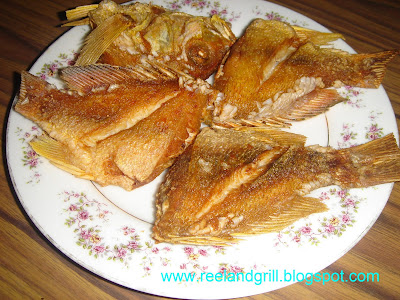 With such healthy fish dishes on the table, you can expect a huge smile in the face of our friends from Bohol and Samar. As assured by them early on, the “tinowa” is really soul-comforting. Enjoy! c“,) 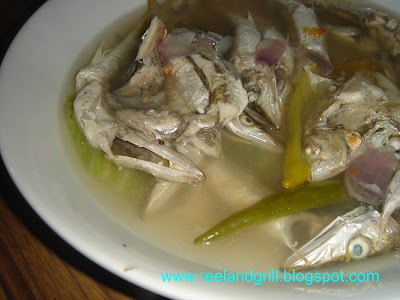