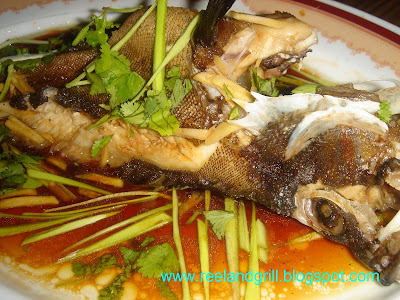 Groupers, generally known as “lapu-lapu” in the Philippines, “groper” for some species in Australia and “hammour” in the Middle East are reef fishes that belong to the boniest group of fish and typically having a stout body and a large mouth. The size of the fish varied considerably with some species reaching over a meter in length and up to 100 kilograms in weight. They swallow prey rather than biting pieces off it. They do not have many teeth on the edges of their jaws, but they have heavy crushing tooth plates inside the pharynx.

They habitually eat fish, octopus, crab, and lobster. They lie in wait, rather than chasing in open water. Their mouth and gills form a powerful sucking system that sucks their prey in from a distance. They also use their mouth to dig into sand to form their shelters under big rocks, jetting it out through their gills. Their gill muscles are so powerful that it is nearly impossible to pull them out of their cave if they feel attacked and extend those muscles to lock themselves in. 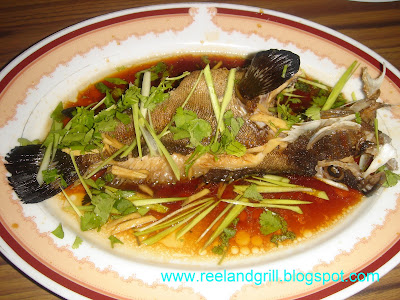 As mentioned in my previous post about “Mixed Bag of Fish from Sri Lankan Waters 2”, there is an abundance of grouper here in Sri Lanka which are called “garupa”. It is very close to the Portuguese name, “garoupa” which is widely believed to be the origin of the word “grouper”. Groupers are extensively eaten in the Middle East, Southeast Asia, China, Hong Kong and Macau. In the United States, grouper are often found in waters off Florida. It is also found in the New Zealand and Australian waters. In the Philippines, China, Hong Kong and other Southeast Asian countries, groupers are considered priced fish and usually cooked during special occasions.

Many groupers are important food fish and some of them are now farmed. Unlike most other fish species which are chilled or frozen, groupers are usually sold alive in seafood markets which command a higher price. Many species of groupers are popular game fish for sea-angling. Although they are not really ferocious fighters, catching them excites anglers and I particularly like them due to good taste which provides me with many culinary possibilities. 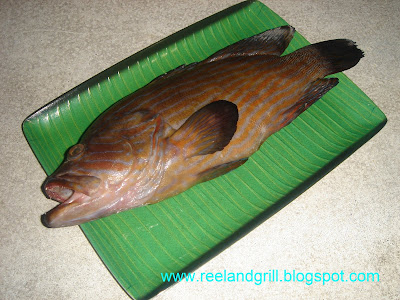 Steaming the fish in soy sauce is one of the special ways of preparing the tasty and succulent fish. It is one of my favorites and always on the top list of my orders when dining in a Chinese restaurant. Following the same procedure in my post “Steamed Fish in Soy Sauce”, let’s cook this gorgeous grouper. The fish of about 600 grams needs to be cleaned by removing the scales, guts and gills. It is quite difficult removing the scales of grouper and sharp bones along the jaw section can easily cut into careless hands. For a typical Chinese steamed fish, the fins and tail of the fish are kept intact and that’s what I also did. 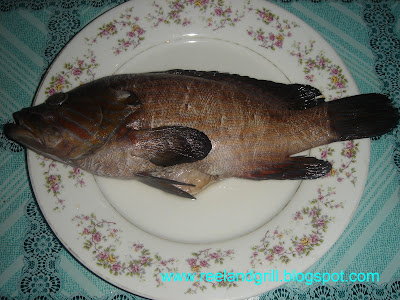 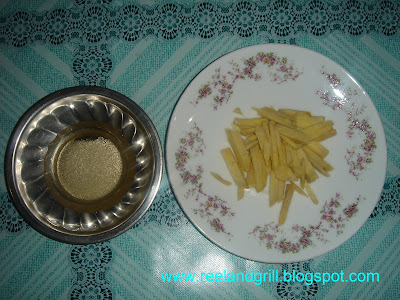 Arrange the steamer or a big wok with prop on the middle to hold the plate of fish while steaming. Drain the fish and pat dry using paper towel and place in a plate. Evenly pour the rice vinegar mixture on top and inside the fish cavities. Arrange the ginger pieces on top and place the plate on the steamer. Start steaming the fish and continue until it is fully cooked. It should be soft inside when poke with fork. My grouper took about 30 minutes. 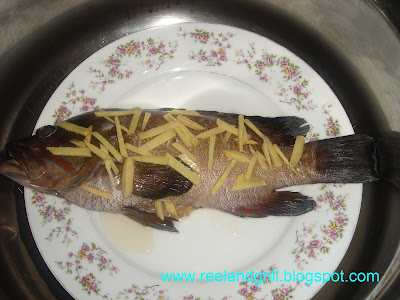 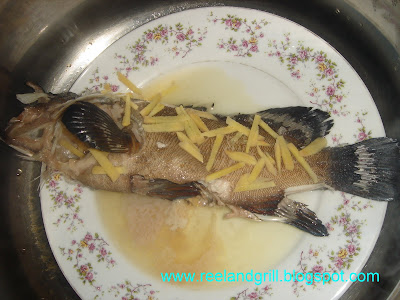 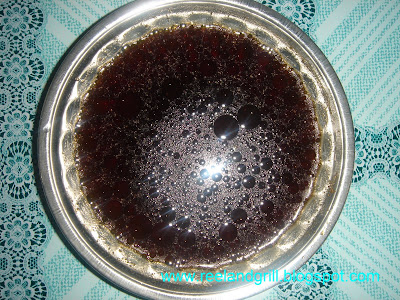 In addition, prepare the aromatic ingredients such as 1 inch ginger, peeled and julienned, 2 stalks green onion (I used leek), chopped lengthwise and a small bunch of flat leaf parsley or coriander or cilantro or Chinese celery, chopped. In addition, about 2 ½ tbsp vegetable oil is also needed. 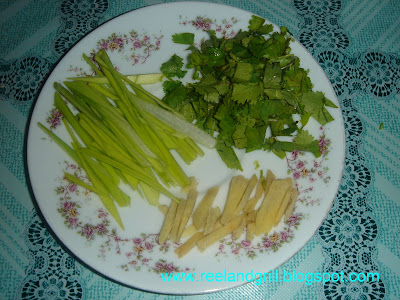 Take the cooked fish from the steamer. Discard the ginger and the fish liquid all together. Carefully place the fish in a big serving plate and arrange the fresh ginger on top of the fish. 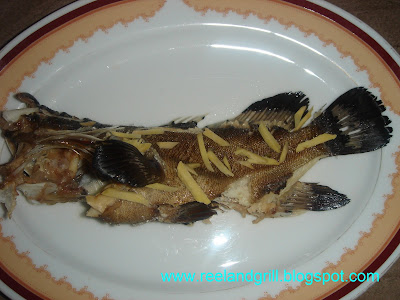 Heat the oil in a small sauce pan and slather the hot oil on the fish. In the same pan, heat the soy sauce-rice vinegar mixture until bubbly. Then slowly pour the hot soy sauce mixture on top. 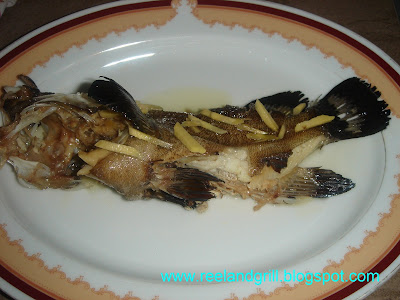 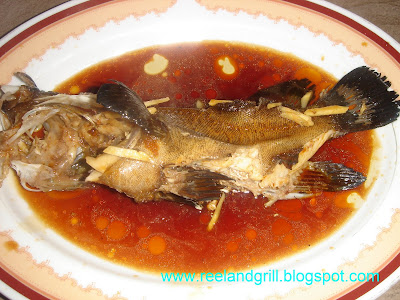 Sprinkle the chopped leek and flat leaf parsley on top. Serve immediately along with lots of steamed rice and your preferred soup. 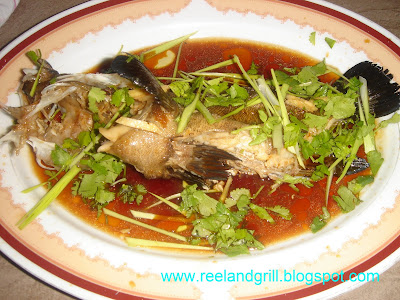 The dish is not intended to be served to our group. Yes, it is only for me. I’ll steam some mackerel for them. :-) This “steamed lapu-lapu” could hardly serve one. c“,) 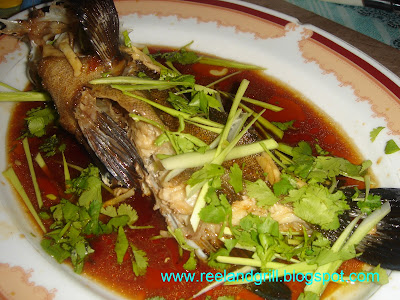