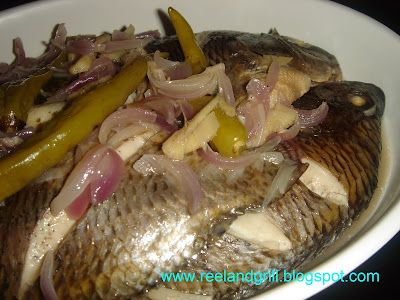 Before I post the 2nd event of the Christmas Fishing Tourney of our family who are members of the Tarlac Anglers, let me first show how I cooked some of the tilapia catch from the recently held Fun Family Fishing at The Lakeshore in Pampanga. While most of the fish were simply pan-fried, as the kids loves, I prepared some into a “paksiw” or stew in vinegar. I have already provided some backgrounder about this typical Filipino method of cooking meat or fish in vinegar and spices in my previous post about “Paksiw na Pata”. Among the other “paksiw” dishes I have posted earlier were “Lechon Paksiw” and “Paksiw na Lechon Manok”.

After a long holiday of indulging into a lot of meat which really weighed down our cravings for food, a simple “paksiw na isda”, especially tilapia which we personally caught, is a welcome relief for our taste buds. The intense yet delicious sourly taste of the dish has the natural ability to eliminate traces of the previous lavish meals taken during the holiday, rejuvenating our appetite and renewing our enthusiasm and interests in food………so that we may fully appreciate and enjoy eating again. :-) 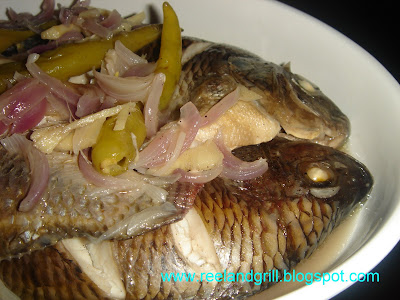 Tilapia is the common name for nearly a hundred species of a particular cichlid type of fish which inhabits a variety of fresh water habitats including shallow streams, ponds, lakes, rivers, tributaries and estuaries. Originally from Africa, it was only introduced in the Philippines waters but now amongst the most important source of inexpensive food supply for all Filipinos. Incredibly, the fish now thrives in almost all bodies of freshwaters and even brackish waters of the country.

From the tilapia catch we had from the freshwater fishing at The Lakeshore, I selected about 5 pieces of the fattest fish for the dish. The fish were thoroughly cleaned, scaled, gutted and drained. I then liberally seasoned them with salt and set aside. 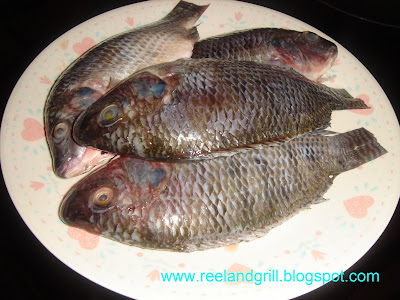 The other ingredients are just basic things one can easily find in a modest Filipino kitchen: ½ cup of white vinegar, 2 pcs thumb-sized ginger, to be julienned, 3 pcs finger chilies, 1 medium onion, chopped, 1 tsp salt and 1 tsp ground pepper. As I usually do, you can also add some vegetables such as eggplant, okra, string beans, “ampalaya” (bitter gourd) and the surprisingly good "alugbati" (vine spinach or malabar nightshade), if you like. Just this time, I preferred a rather simple “paksiw” with only chilies. 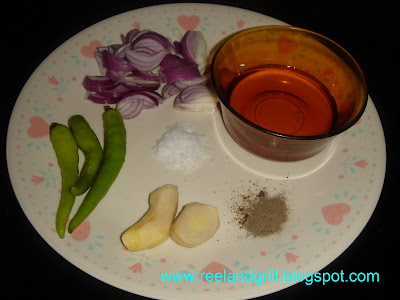 In a stainless casserole or pot, spread the chopped onion and julienned ginger on the bottom. Properly arrange the fish on top of them. Evenly sprinkle salt and pepper on top of the fish and slowly pour the vinegar and add about half a cup of water. Finally, place the finger chilies on top. 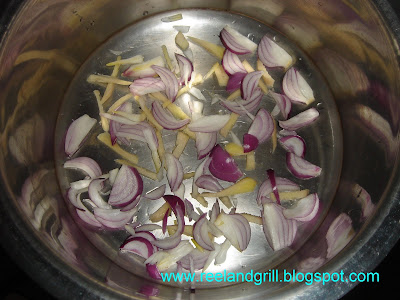 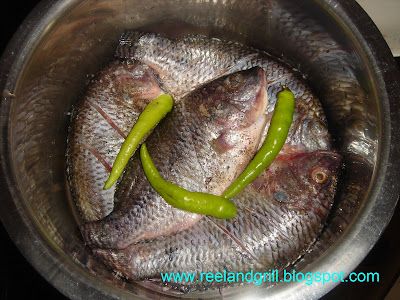 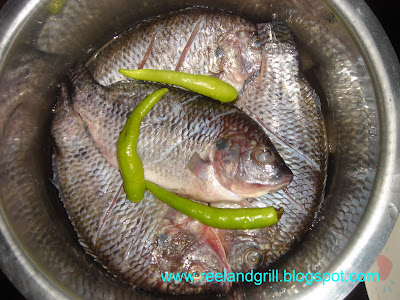 Over medium heat, cooked the fish uncovered. When the liquid has started boiling lower the heat and let it boil uncovered for some time for the acid of the vinegar to escape. Then place the lid back on and continue cooking on a very low heat. To enhance the flavor of the dish, add about 1 to 2 tsp of vegetable oil. 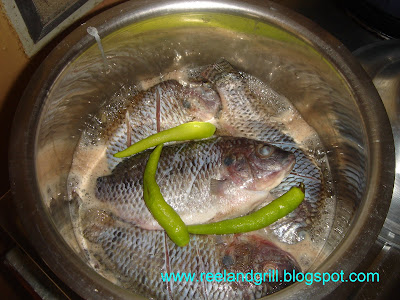 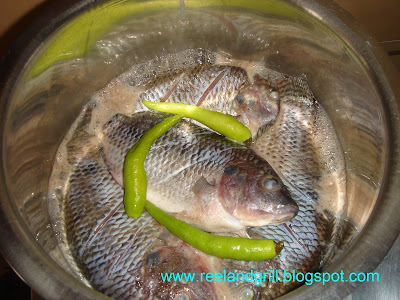 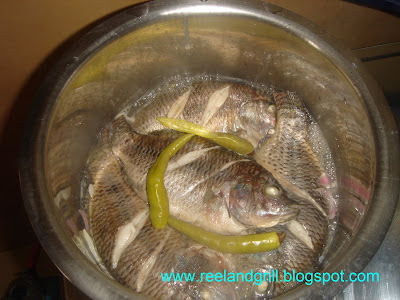 Continue cooking for about 15 minutes. Adjust the seasoning accordingly. Add some more water if you want to have more sauce like my kids. When the sauce has slightly whitens and the chilies are cooked, the fish are ready. 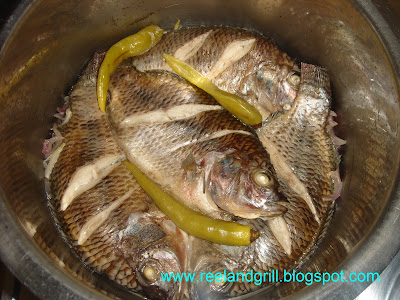 Transfer the dish to a shallow bowl and serve immediately with steamed rice. A dip of “patis” (fish sauce) and calamansi or lemon where the chilies could be crumbled is a nice accompaniment. Just be ready with more rice. :-) 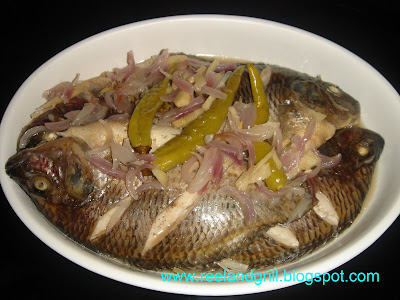 What a way to enjoy the fish personally caught by my own kids and wife. Since the fish are priceless, then the dish should be one too. c“,) 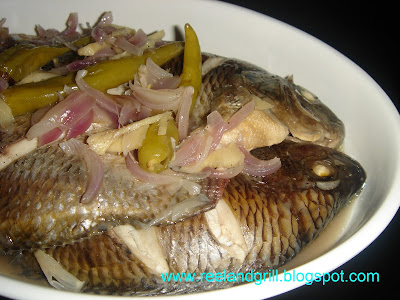