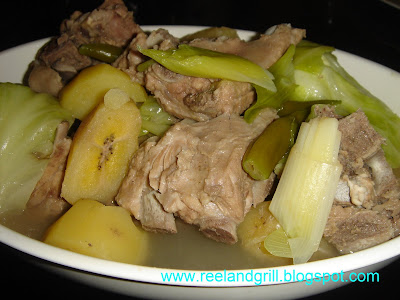 Boiled soupy dishes are a common fare in everyday Filipino cuisine. Probably because the method of preparation is quite simple, it could well satisfy big families or groups even with just a limited amount of the main ingredients, it could accommodate addition of different types of vegetables providing many options and it appeals to almost all members of the family, young and old. It is also soothingly delicious and a perfect accompaniment for steamed rice which is the main staple food of Filipinos.

While “linagang baka” (boiled beef with vegetables) is considered more special, “linagang baboy” (boiled pork with vegetables) is more popular and very common among Filipino families. For the masses, it is already considered a priced dish which they usually cook during special occasions. I have been a witness to the fascination of ordinary families in the dish when at one time, I was invited by several workers (mostly drivers and equipment operators) of the construction firm I was previously connected with and been served with “linagang baboy” 5 times in all of the 8 homes I visited, the rest being with “sinigang”, another popular Filipino soupy dish.

"Linaga" or “Nilaga” is a Filipino term which generally means boiled. It could be as simple as boiled corn, sweet potato, “saba” banana, peanuts and cassava or as a soupy dish with either pork, beef or chicken together with some vegetables like cabbage, “bok choy”, potato, leeks and “saba” banana. It could also be used to simply refer to “nilagang baboy”. 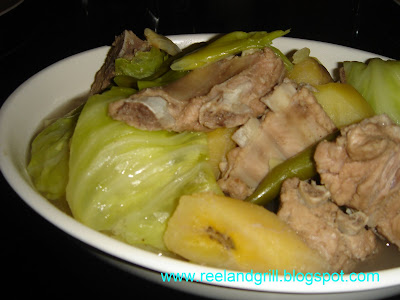 During my Christmas holiday in the Philippines, “nilaga” is among the dish I expected to eat. It is an all-time favorite of my daughter and a regular viand in my parents’ house. For me, the best cut for “linaga” is the spare ribs. In most wet markets in the Philippines, you can buy a cut of meat consisting of the spare ribs and back bones which they call “buto-buto”. This cut of meat that usually has more bone than meat :-) is your passport to a really tasty “nilaga”. About a kilo (1,000 grams) is needed, washed, drained and lightly seasoned with salt. 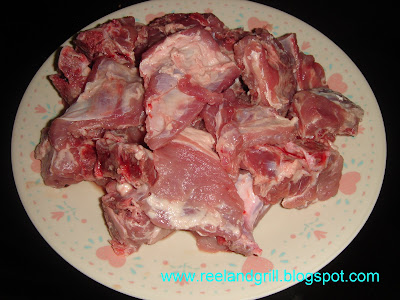 To complement the spare ribs and make the dish even more interesting are some fresh vegetables. I usually use cabbage, leeks, potatoes, green beans and “saba” bananas. Others use corn, “bok choy” or “petsay”, Chinese cabbage, taro and some other vegetables; even ginger for some. 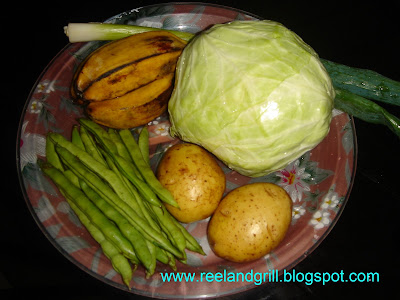 Since this a straight forward boiling method of cooking, just put all the meat in a large casserole or pot and cover with water up to a level about an inch above the level of meat. Boil on high heat until scum is appearing on the surface. Scoop out all the scum; continue removing until you attain a slightly clear liquid. There is only a certain period on which you can do the process of scum removal; just before boiling, afterwards, all that remains in the pot will all be incorporated into the broth. Not really bad, but definitely not good. 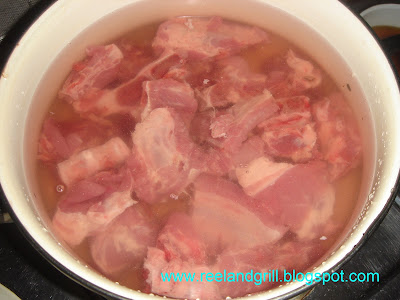 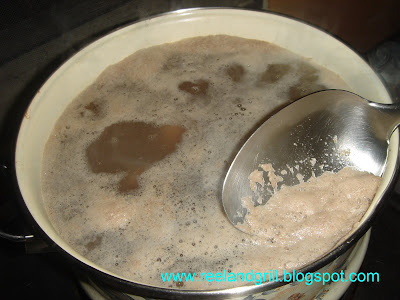 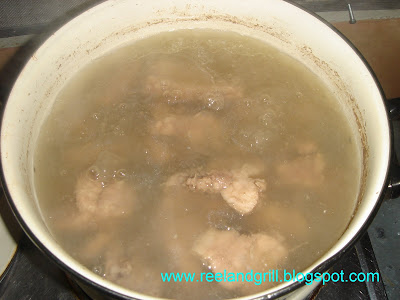 While the meat is boiling on very low heat, prepare the other ingredients: 2 large potatoes peeled and quartered, 4 pcs “saba” bananas, peeled and cut up to serving sizes, 1 bunch green beans, trim and cut to 2 inches length, 1 medium cabbage, quartered, 1 pc leek, diagonally sliced and salt and ground pepper according to taste. 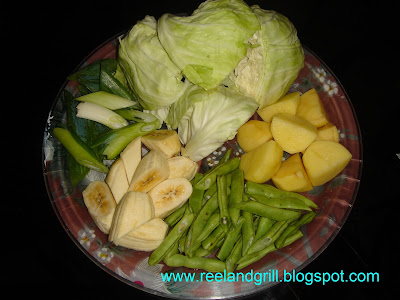 When the meat is just tender, after about less than an hour if your pork is still young, seasoned the broth with salt and ground pepper, about a teaspoon each. Then add the vegetables one by one, starting with the potatoes. Let the potatoes tenderize a little, then add the bananas and green beans. 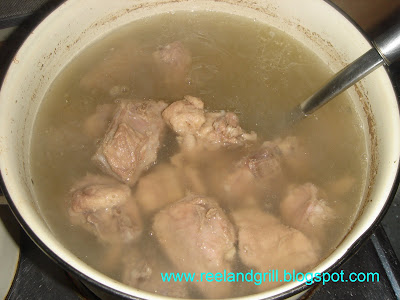 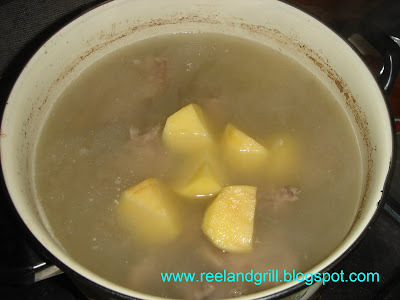 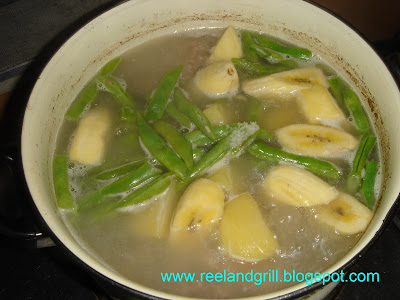 When the initial vegetables have cooked through, add the cabbage and leeks. Cover and let the vegetables to fully cook. Be careful not to over cook the cabbage. It is better serve still slightly crunchy. Adjust the seasonings according to your preference. 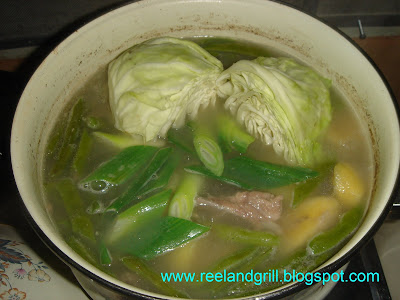 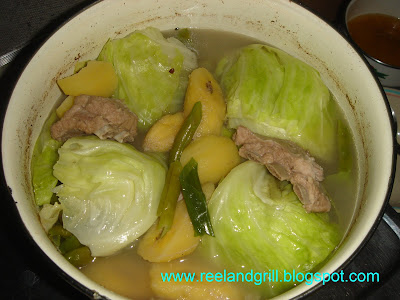 Transfer in a deep bowl and serve immediately with steamed rice. The soup should be smoking hot and the vegetables are done but still firm and not soggy. 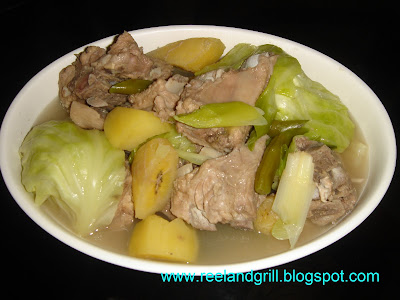 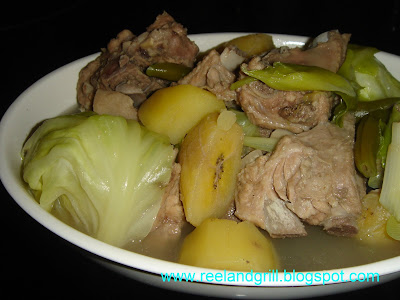