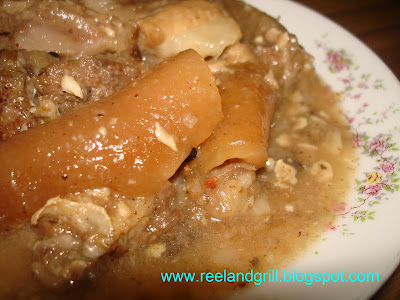 My first attempt to cook “Lechon sa Hurno” using pork head is a resounding success. A repeat request from the group is of course inevitable. Since the one half head “lechon” hardly satisfied our group, one whole pork head is expected to be everyone’s consideration next time around. So we placed our order for the special part of pork meat and waited for several days before we received the frozen package from the Capital city some 125 kms away.

Following the same procedures in my post before, we “lechon” one big head of pork in the oven. Though I committed a small mistake in the oven setting (I asked the house help to pre-heat the oven while I prepare the meat but he used the roast setting instead of bake, and I did not notice it until the last 30 minutes) the “lechon” still came out good and delicious but not as crispy on the neck side. We could have continued cooking for an hour more with the reverse setting to make everything perfect but everybody is already starving and so we decided to devour nonetheless. 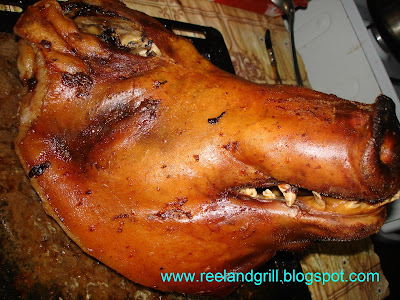 Unlike before though, when we just used catsup and soy sauce with lemon (or soy sauce + “calamondin”) for the dipping sauces, I prepared some home-made “lechon” sauce this time. It’s not difficult, so if the ever reliable “Mang Tomas” is not around, don’t feel bad, there is way.

Simply mix 1 small can of liver spread (you can use Reno at your own benefit), 1/2 cup white vinegar, 1½ cups water, 1/3 cup breadcrumbs, toasted, 1/3 cup brown sugar about 1 teaspoons salt or to taste and ½ tsp ground black pepper until evenly blended. Then in a small saucepan, heat up about 1 tbsp of vegetable oil and sauté about 3 tbsp of minced garlic. Add about 1 cup minced onion (1 large pc) and slightly stir until it’s translucent. Add the liver spread-mixture and stir over low heat until you reach the desired consistency. There it is, “lechon” sauce in an instant. Be surprised not if it turns out much better than the bottled ones commercially available in grocery stores. 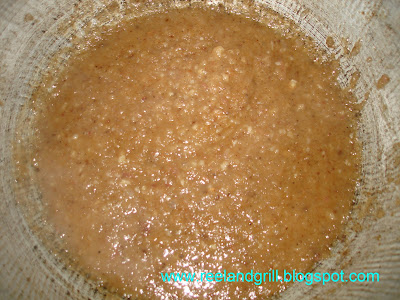 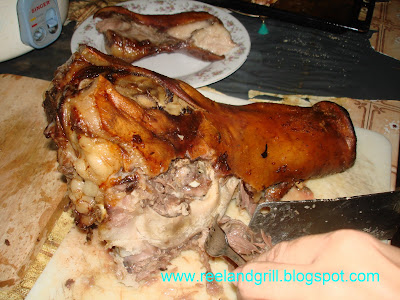 I don’t really know whether it is subconsciously done or that the “lechon” is just really too much for us, but there is a left over which the group requested to be cooked into “Lechon Paksiw”. Who would not agree with that? Probably around 90% of Filipinos will be one in thinking that the best thing to do with left over “lechon” is to transform it to another wonderful Filipino dish called “Lechon Paksiw”. 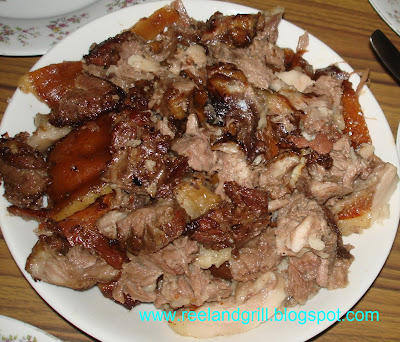 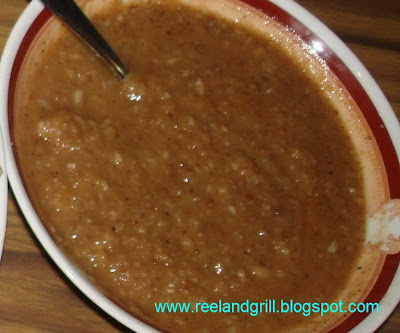 For around 1½ kilos of leftover “lechon”, you will need the following ingredients: About 1 cup of white vinegar, 4~5 tbsp soy sauce, 1 tsp salt or to taste, 6 cloves of garlic, minced, 1 tsp whole peppercorns, 3 pcs bay leaves (“laurel”), 3~4 tbsp brown sugar or to taste, 1 small pc cinnamon stick, about 1½ cups of broth and about 1½~2 cups of lechon sauce. 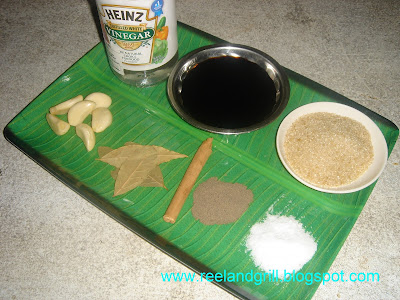 The cooking procedure is quite easy. Just mix all the ingredients except the “lechon” sauce and simmer on medium heat in a covered heavy casserole until meat is tender. Add hot water if it seems to be drying out, half cup at a time. Then add the “lechon” sauce (you can use the commercial sauce if you don’t have left over) and let this cook until the skin is really fork tender. Serve with steamed rice. Yummy!! c",) 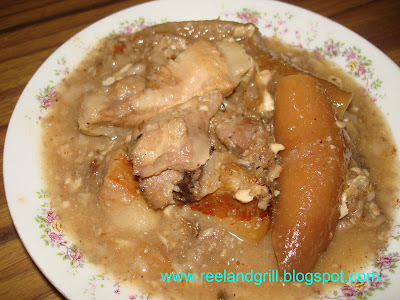