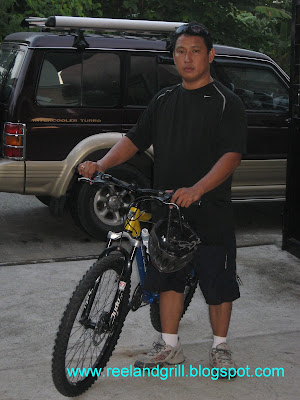 While most of us in the family are active in the sport of fishing or angling, my younger brother Tonton, who also joins me in hunting expeditions, maintains his passion for another outdoor sport - Mountain Biking. He usually rides with his friends and brothers-in-law and have, since some three years ago, been actively pursuing the healthy hobby which serves as his adventurous work out. I have not tried mountain biking yet, but since the sport involves outdoors, nature, adventure and travelling which this blog is all promoting, then the possibility that I might try it one day is not remote.

Mountain biking is a sport of riding a special type of bicycle off-road. It is often done over rough terrain either using a specially equipped mountain bikes or hybrid road bikes. Most mountain bikes share similar characteristics that emphasize durability and performance in really rough terrain. Some special features of the bikes use are wide and knobby tires, large frame tubing and front fork or dual suspension shock absorbers. The durability factor means a far heavier bicycle weight to rider ratio than their road touring cousins. 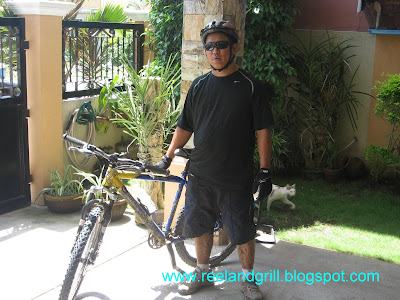 As particularly required by the sport, Tonton makes sure that he complies with the safety gear requirements every time. He uses special shoes with gripping soles for scrambling over un-ridable obstacles and flexible shank for control. He wears clothing which offers comfort during physical exertion in the outback and has ability to withstand sudden falls. He likewise wears gloves made of heavy construction which cover all his fingers for hand protection. 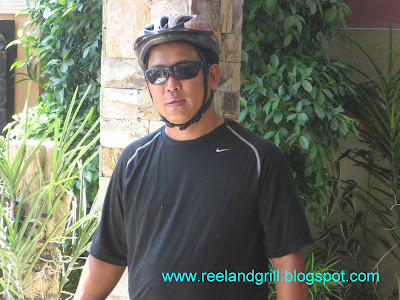 He also wears helmet that provide important head protection as falls can occur over rough, rocky, sandy, or mountainous terrain. He also sports shaded glasses to help protect his eyes against debris while on the trail and avoid the strain from the heat of the sun. Being safety could also mean looking cool for all he knows. No wonder he maintains two loyal fans and supporters which are both pretty and always smiling. 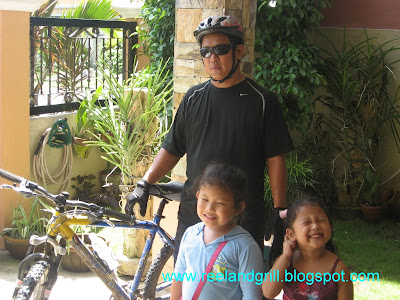 Mountain biking requires endurance, self-reliance and bike handling skills. Endurance is not much of a problem for Tonton, him being a former football varsity player during his college days. He likewise have a high level of self-reliance being an Engineer by profession and an outdoors man by vocation. Tonton also believes in the old adage "practice makes perfect", so in order for him to further develop his bike handling skills, he rides his bike regularly, even if sometimes, he is still sleepy. 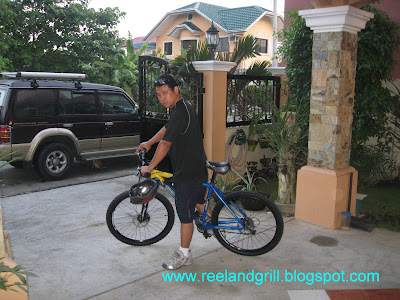 While Ton, as he is fondly called by friends, really enjoy the outdoors, the feeling of freedom while riding, the richness of nature and that he gets to see and beautiful places the he reaches, he is always excited to come home…….…for it is only in his home…………. where he can find his true inspirations. c",) 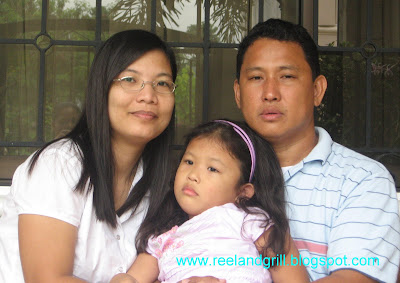