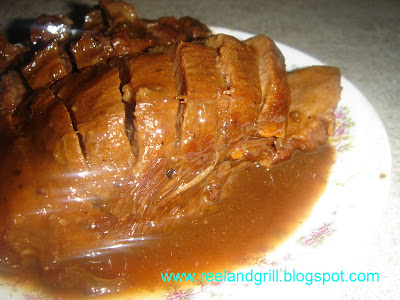 Ox or Beef Tongue is the tongue of a cow. Our, or to be precise, the human consumption of this unusual beef meat dates back to the days of Paleolithic hunters, who preferred the fatty portions of the carcass including tongues, as well as organs, brains, feet, and marrow. Beef tongue is very high in fat, at almost 75% of its calories derived. In spite of this, and of course because of its delicate texture and taste, it is widely used as priced food in many countries in Asia, America and Europe.

Some countries, such as Canada, and specifically the province of Alberta which have a large beef export industry, export large quantities of beef tongue. In Belgium, beef tongue is usually prepared with mushrooms in a Madeira sauce. It is widely used in Mexican cuisine, and often seen in tacos and burritos. Boiled tongue or boiled brisket is traditionally eaten on the Jewish holiday of Sukkot, a harvest festival also known as the Feast of Tabernacles. 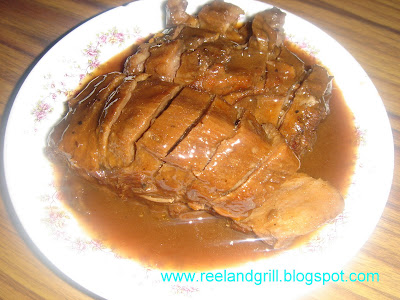 Beef tongue is often seasoned with onion and other spices, and then placed in a bowl to boil. After it has cooked the skin is often removed and the rest of the tongue is served. Pickled tongue is often used by the preparer because it is already spiced. If cooked in a sauce, it can then later be reused as a sauce for meatballs or any other food item. Another way of preparing beef tongue is to scald the tongue in hot water and remove the skin. Then roast the tongue in an oven similar to a roast beef, including using the pan drippings to prepare gravy.

In the Philippines, we are familiar with the dish called “Lengua”, prepared in rich creamy mushroom sauce with select other vegetables. With the influence of Chinese cuisine, it is now often prepared with spiced-sweet-salty sauce like the "Beef Asado" which I posted before. I also primarily used the same recipe to prepare this Ox Tongue Asado, but I tweaked it just a little bit to make the cooking procedure much simpler.

To cook the Filipino Style Ox Tongue Asado, or “Asadong Dila” in the Philippine language, we shall need about 1½ kilogram of ox tongue, cut to around 3 large pieces. You will notice that beef tongue from Sri Lankan market is already clean and skinless. It means less scalding, boiling, scraping and washing for me. :-) 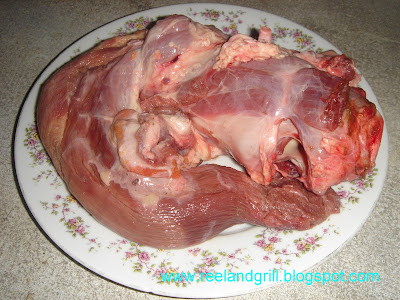 The dry ingredients we need are 2 pcs bay leaves, 1 tbsp cracked peppercorn, 2 pcs star anise, 4 tbsp brown sugar, ½ tsp salt and 2 sticks cinnamon. As oppose to my beef asado recipe before, I did not use garlic this time. 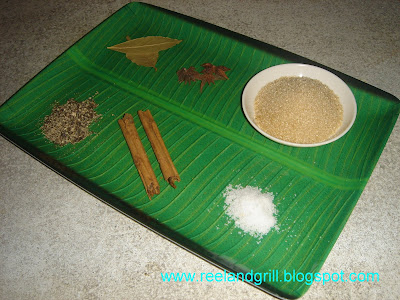 The sauce ingredients are ¼ cup white vinegar, ¼ cup soy sauce, 1 tsp Worcestershire sauce and 2 cups beef broth (maybe more). Mixed all these ingredients to create the sauce where the tongue will be simmered. 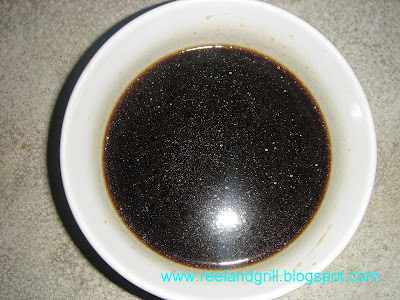 In a heavy pan, heat about 2 tbsp vegetable oil and sear the sides of the tongue in 2 batches. Add some more oil if needed during the last batch and continue searing the meat. Set aside. 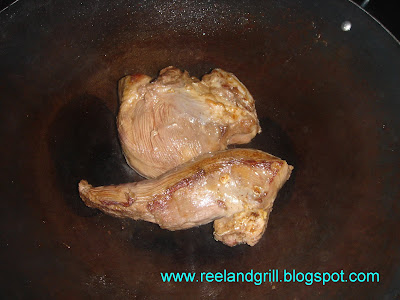 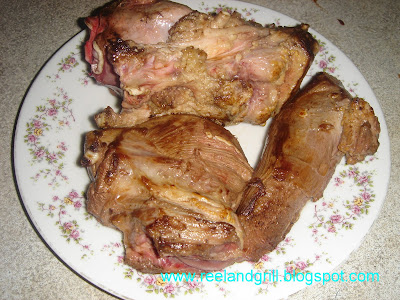 In a heavy pot or casserole, place the dry ingredients on the bottom. Put the seared meat on top of the ingredients and pour the sauce ingredients. Let it boil, then lower the heat and slowly simmer until the meat is tender. Add broth or hot water 1 cup at a time if the liquid is drying up. 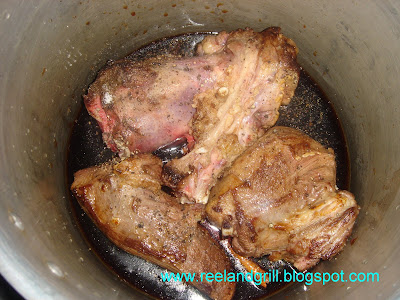 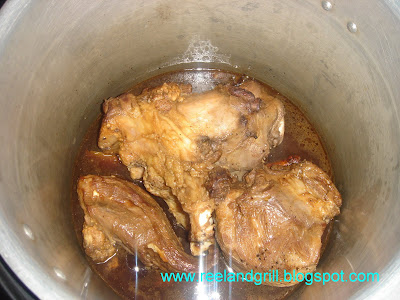 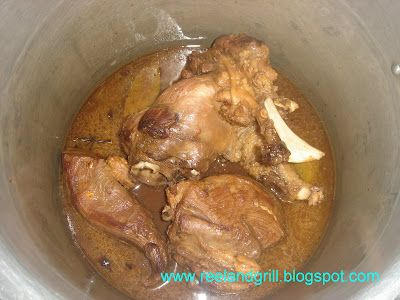 Continue simmering until the meat is fork tender. Separate the tendered tongue from the sauce. Strain the sauce and discard the remnants of spices and other solid ingredients. Scoop out the oil that will float on the surface of the sauce. Return the sauce (should be about 1 ½ cups to 2 cups) in the pan and heat again. Taste and adjust the ingredients to your sweet-salty preference. Add 1/2 tbsp corn starch dispersed in 2 tbsp water to thicken the sauce. 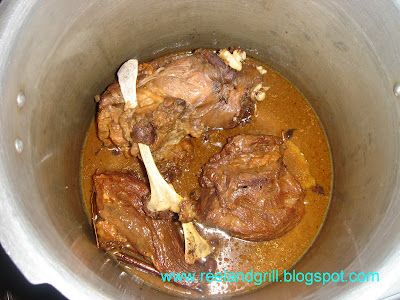 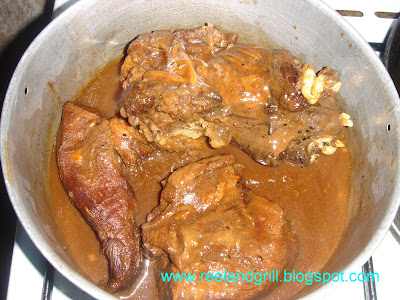 Take out meat pieces and place in the chopping board and let cool a little. Slice it to about 1 cm thick. Transfer to a large platter and pour the sauce on top. Yummy! Enjoy. This is another signature dish of this blog. c“,) 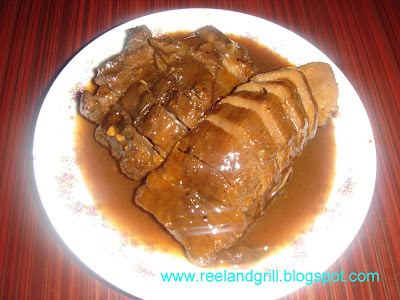 You can serve it with buttered vegetables and rice. Carrots, green beans, baby bok choy (“petchay”) are great accompaniment. The succulent meat of ox tongue is distinctly tasty and is really satisfying. Try it. 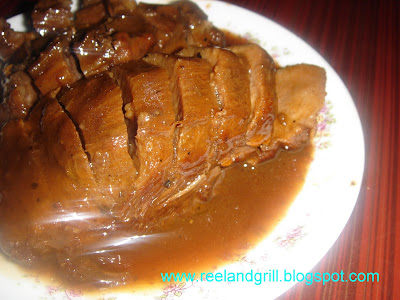