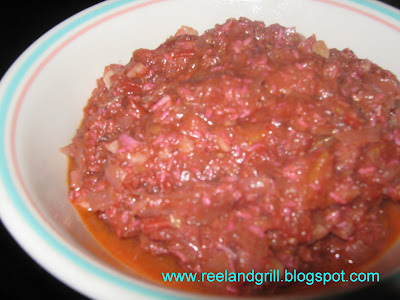 The first thing that will flash in the mind of a typical Filipino upon seeing a freshly picked matured greenish yellow mango is “Bagoong Alamang”. It’s but natural. The combination of the still sour but slightly sweet crunchy mango which is called “manibalang” in Filipino and the salty earthy “Bagoong Alamang” is just so good………..perfect if you wish. While it may seem an awkward pair at a glance, the combined taste it creates when eaten together is something extra ordinary. It has the ability to rejuvenate appetites and cravings. It can even make one to salivate by the mere sight of it being eaten or even by just thinking about it. :-)

“Bagoong Alamang” refers to Filipino shrimp paste made from minute shrimp or krill called “alamang”. As I mentioned above, it is commonly eaten as a topping on crunchy green mangoes or used as an important cooking ingredient in Filipino cuisine. “Bagoong Alamang” is essentially a shrimp and salt mixture left to marinate and ferment for several days, under specific conditions, until the salty and earthy flavor develops.

Unlike in other Southeast Asian countries as well as in Southern China though, where the shrimp are fermented beyond recognition or ground to a really smooth consistency, the tiny shrimp in the Filipino “bagoong alamang” are still evident and identifiable. The sauce itself although commonly referred to as paste, is actually coarse and has a chunky consistency. 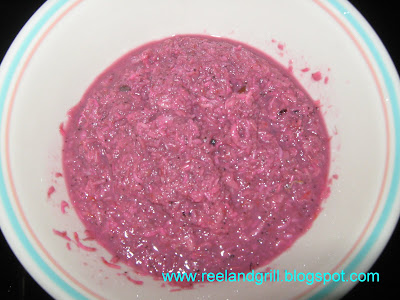 Whilst it can be used or eaten in its fresh form or right after the fermentation, like “bagoong na isda” or fish paste which I posted earlier, shrimp paste is usually sautéed with select spices and vegetables such as garlic, ginger, onion, tomatoes, chili and some other condiments to make it more aromatic, appealing and ready to use as dip, sauce and even ingredient for other food preparations. Its flavor can range from salty to sweet and spicy and its usage depends on the type of food it will go with.

For this “Ginisang Bagoong Alamang” preparation, I prefer the salty type as I intend to use it as side dish for a main meal of rice. For me, it could pretty complements such dishes as fried or grilled fish, grilled meat, steamed, boiled or grilled vegetables and of course, chopped up fresh mango, tomatoes and onion. :)

For about 3/4 cup of shrimp paste, the other few ingredients needed are 2 tbsp vegetable oil, about 5 pcs plum tomatoes, chopped, 1 large onion minced, 6 gloves garlic, peeled and minced, 1 thumb-size ginger, julienned and some chili pepper, minced, which I did not use but you can if you like it spicy. Since this is for a salty type, no sugar will be used. Since I’m using a lot of tomatoes vinegar is not necessary. 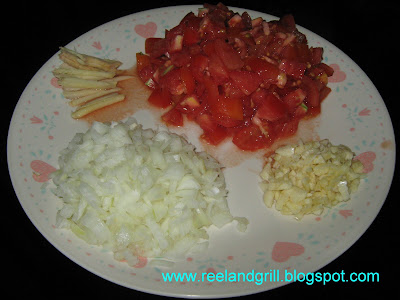 The first thing I usually do is to cut off some of the salt content of the fresh shrimp paste by thoroughly extracting the salty juice out. You can do this by pressing the paste against a fine strainer using the back of a large spoon until the liquid is drained out and you have this: 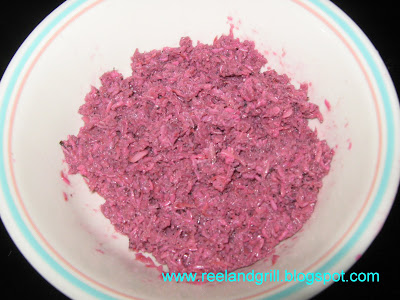 The next step is a simple and straight forward sautéing process. In a small pan on medium flame, heat the oil and sauté the garlic, add the ginger followed by the onion and continue cooking until onion is translucent. Add the tomatoes and continue sautéing until mushy and liquid comes out. Add the chili pepper if you are using. You can add a little amount of hot water if it’s drying up. 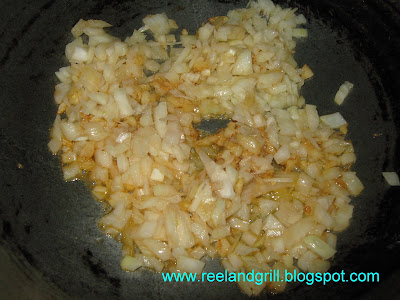 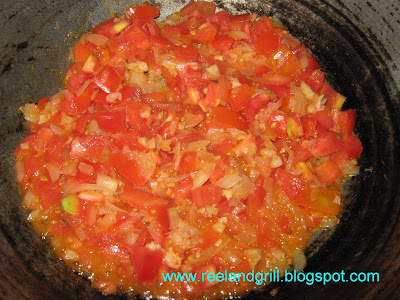 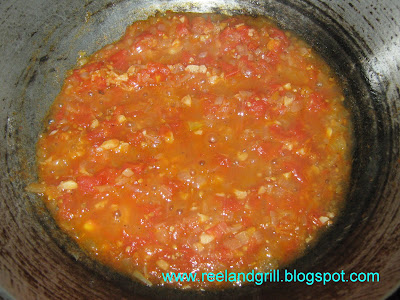 When the vegetables are almost dissolve, pour the strained “bagoong alamang”, stir and continue cooking for about 5 minutes. Stir once in a while to evenly mix and cook. When the liquid is reduced, it’s done. 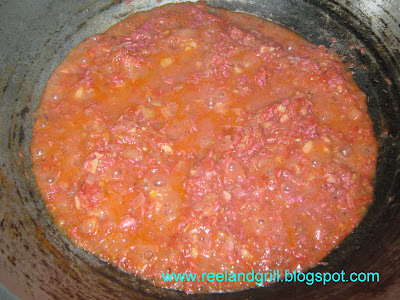 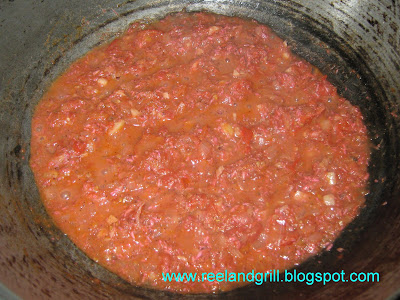 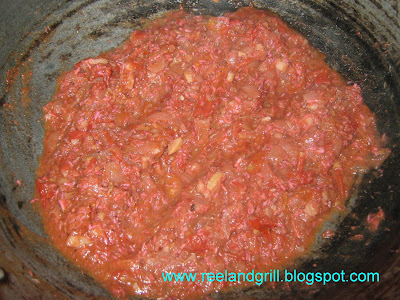 Transfer in a bowl and serve in a meal. You can also put it in a jar, keep in the fridge and reserve for future use……hopefully for “kare-kare”. :-) 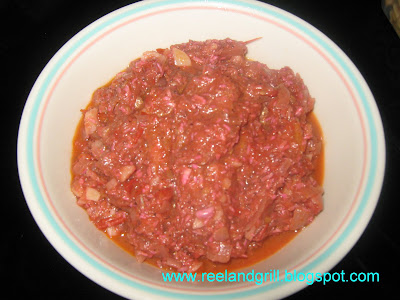 It is so good with grilled fish, grilled vegetables and a plateful of steaming plain rice. To enjoy it with green mangoes and boiled or grilled eggplant is a splendid idea like during our Family Boodle Feast. I’m starving ………. really starving. c“,) 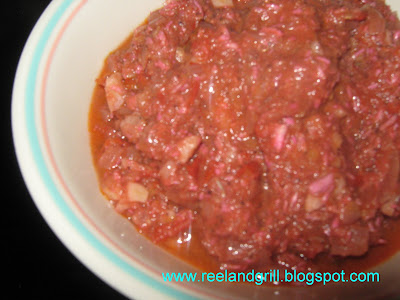