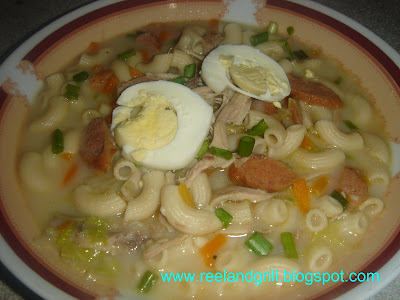 We had a cool weather prevailing over the last several days. No heavy rain but then the sun is always covered by thick clouds causing the atmospheric temperature to plunk down much lower than normal. Given with such a moderately chilly condition, what could be better than being home sipping a piping hot, rich and tasty soup and at the same time munching on some delighting buttered toast? The two rather simple foods make a true comforting meal perfect to be eaten amidst an equally comforting and calming state of the surrounding.

This is exactly what I was thinking when I decided to make “sopas”, a popular Filipino pasta soup dish flavored with milk. “Sopas” is a quite thick soup made from boiling some chicken meat and sometimes pork bones, to make a tasty broth then added with elbow macaroni or shell pasta and finished off with some vegetables like carrots, green onions or leeks and cabbage and of course, some milk to create the rich and creamy consistency of the dish. For me, addition of lots of freshly ground pepper provides the kick which makes this dish even more interesting. 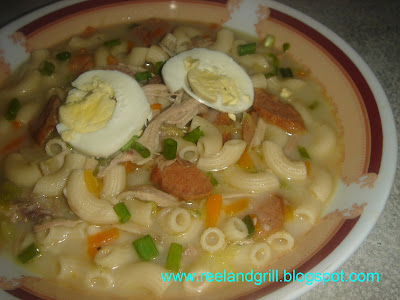 The soup is usually served as a snack or “merienda” but could well be considered a complete meal, especially if served with several slices of crusty bread spread with butter or sandwiches like the “homemade chicken sandwich” or even with pizzas like the “shrimp and garlic pizza”. After a late night shift or before an early morning work, the dish, like “arroz caldo” or “lugaw” or chicken congee is among the best foods to eat that has the ability to perk up the senses.

To cook the dish, we need the following main ingredients: about 2 cups cooked and shredded chicken meat, about 200 grams elbow macaroni and about 5 cups (maybe more) of the broth where the chicken was boiled. The chicken should be seasoned with salt and pepper prior to boiling to attain a tasty broth. 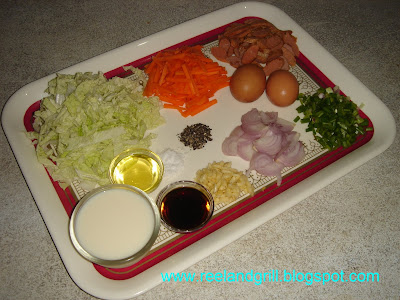 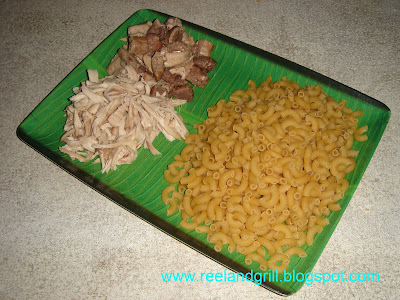 In a medium sauce pan, pour the broth and heat over medium flame until boiling. Add some chicken cube and adjust the seasonings to make a real tasty broth. Keep the chicken stock warm or at boiling point over the lowest heat setting possible. 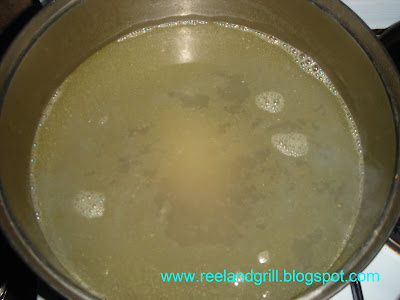 At the same time, in a heavy casserole or wok, heat the oil over medium flame. Fry garlic followed by the onion. While sizzling, add fish sauce and allow cooking to lessen the pungent smell. Add in the shredded chicken and continue sautéing. Add the carrot and sauté further until the carrot is half cooked. Pour about 4 cups of broth to the chicken and continue simmering on low heat. When boiling, add in cracked peppercorn and salt to taste. 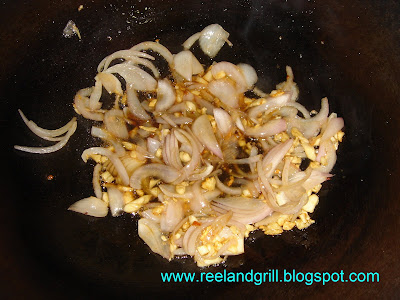 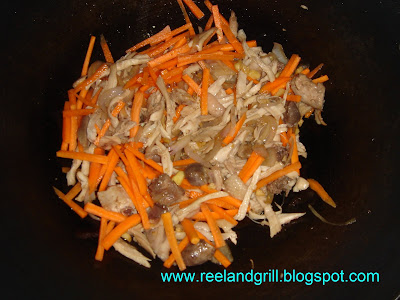 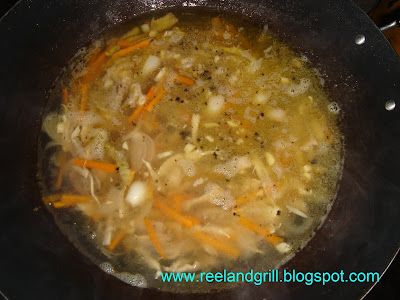 Add the macaroni and continue cooking until al dente. Add the hotdogs, if using, and adjust the level of broth by adding several cups more depending on how soupy you like it to be. 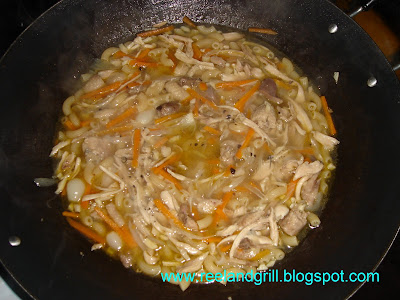 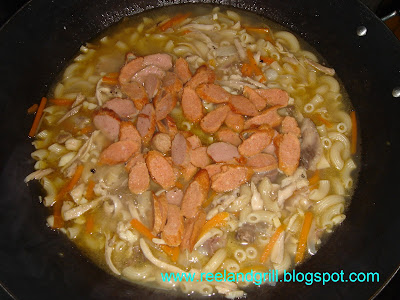 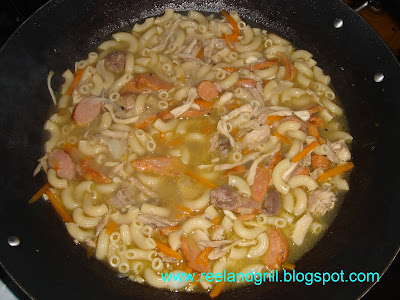 Add the green onion leaves and cabbage and cook for two more minutes with the lid on. Finally, adjust the seasoning. I like to add more ground pepper at this point. 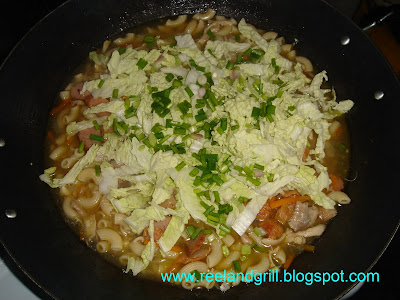 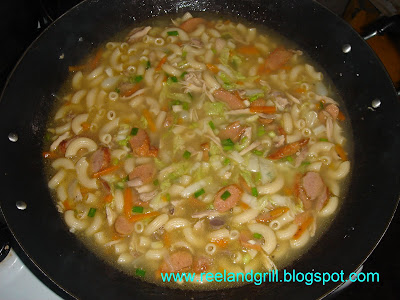 Turn off the heat. While slowly stirring, gradually pour the milk to create the creamy consistency of the soup. When everything is well mixed, it’s done and ready to go. :-) 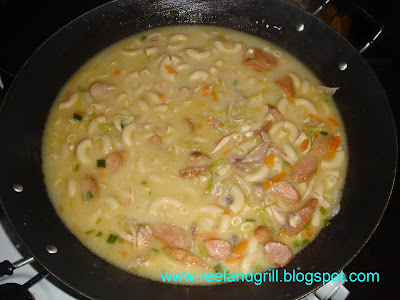 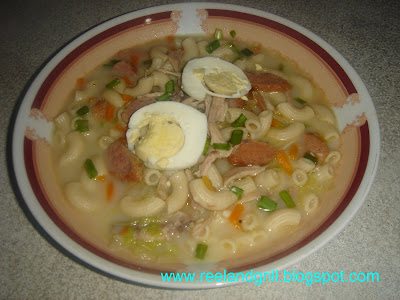 On its own, with bread roll or “pandesal”, with toasted bread and your favorite spread, as side dish or soup dish in a meal, or how ever you want it, enjoy this delicious dish. It will comfort you down the bones. c“,) 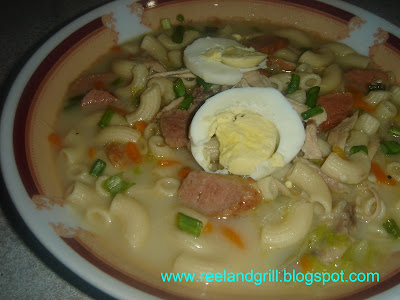