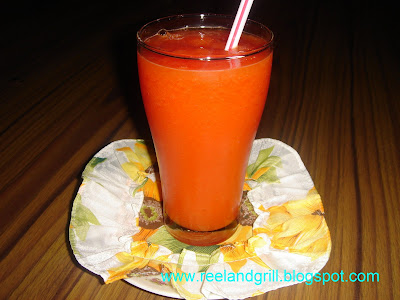 The other day, I purchased two large papayas intended as fruit desserts for our group’s two successive dinners. The papayas which belong to the Mexican variety were quite enormous in size and had a weight of around 4 kilograms or slightly less than 9 lbs each. As expected, the flesh of the papaya had a striking yellow-orange color with a slight hint of pink-red hue. The sweet flavor was surprisingly as intense as that of the smaller Hawaiian variety. It was soft, juicy, sweetish, tasty and extremely refreshing. But even after seven members had been fully satisfied by the fruit after a meal, another slice remained. I stocked it inside the fridge and ate during breakfast the following morning.

But for the second fruit, I decided to make the excess slice into a stimulating shake or smoothie drink. After all, the particular papaya has great flavor and extra sweetness which I thought will work well in a smoothie. Previously, I already made a similar drink but using a combination of mango and papaya and posted it here. This time I want to try preparing another luscious beverage using papaya flesh only and some sugar syrup. Whilst I am not sure it can better the one with mango, I still believe the drink will come out good with its own distinct flavor. 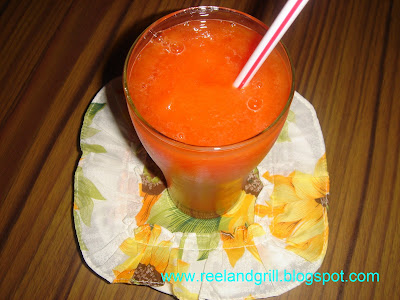 Generally, a ripe papaya fruit is softer than a ripe avocado. It is colored amber to orange and taste is loosely similar to pineapple and peach, although much milder and has no trace of tartness. A properly ripened papaya is juicy, sweetish and somewhat like a melon or cantaloupe in flavor, although some types might come out musky.

The fruit is popular and widely eaten in tropical countries and many other parts of the world. It is believed to have very good laxative properties and often used to remedy digestive problems. It is reported that the juice has an “antiproliferative” effect on in vitro liver cancer cells, probably due to its component of “lycopene” or immune system stimulation. 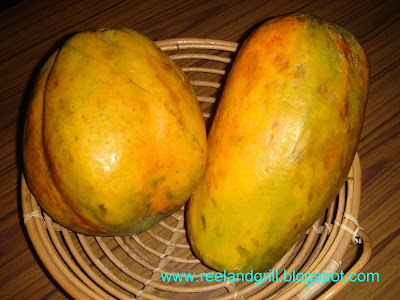 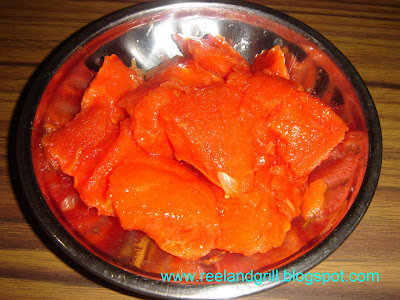 The few other ingredients as are follows: ½ cup sugar syrup made from 3 tbsp sugar dissolved in enough hot water to make ½ cup of the mixture, 1 tray ice cube and 1 cup chilled water.

You can use honey in lieu of sugar syrup and milk to replace some chilled water but I always like my smoothie to retain the true fruit flavor like in mango smoothie and pineapple shake so I limit myself to using sugar syrup and water only. Except probably on avocado shake where a small amount of milk is preferred. 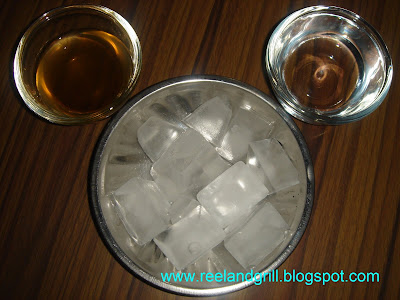 Just put everything into the blender: ice cube first, followed by water, papaya and sugar syrup then cover tightly and pulse it several times until the ice cube and ripe papaya flesh are broken down and have blended evenly with the other ingredients. 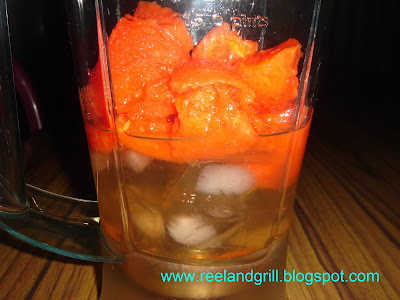 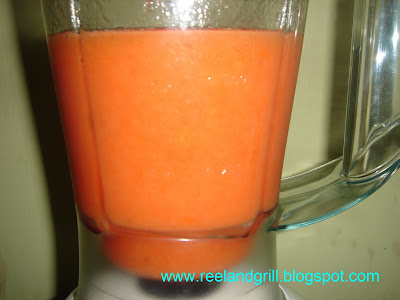 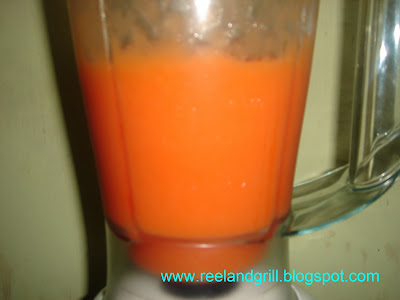 Pulse it a couple of times more until a smooth, rich and creamy consistency is attained. As always reminded in making smoothies, do not over mix. 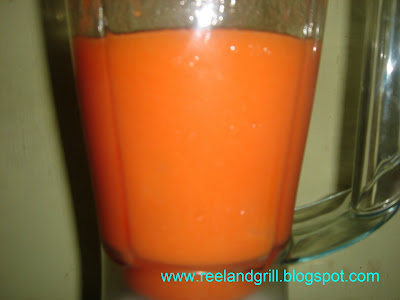 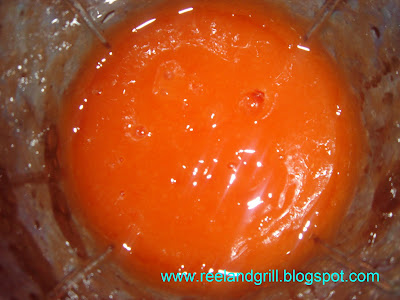 Pour the refreshing beverage in 2 tall glasses, add some garnish if you wish (I always forget :-) ) and serve at once. Enjoy! :-) 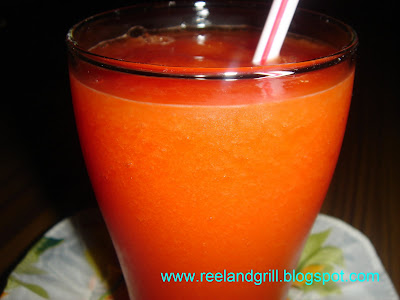 This is best served during breakfast when aide in the digestive system is much needed. But of course, it also goes well in between meals or during break time with your preferred snack or “merienda” or as a quick quench to replenish lost energy during a tiring day. c“,) 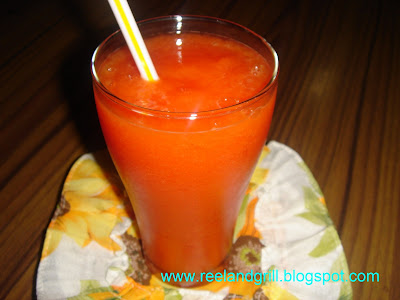