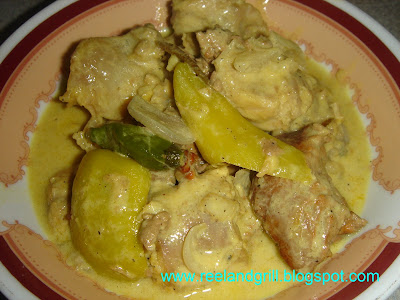 We have been cooking distinct variations of the known and well love Filipino dish “adobo” lately. Just last week I prepared the “adobong manok sa dilaw” which is basically a chicken adobo flavored with turmeric instead of soy sauce. Earlier before that, I cooked but failed to post here, another adobo dish using some duck and chicken giblets I collected over a month period and kept sitting in the freezer. More than a couple of months ago, I already featured “adobong lengua at leeg” which uses ox tongue and chicken neck to create a rich and tasty adobo variation.

To continue this wonderful adobo exploration, let me do a rather exotic version using the unusual but quite meaty type of porcupine box fishes called “burrfish” and referred to as “tugatungan” in the southern Philippines. If you will remember, this is the same type of strange looking spines laden fish we featured last time following our series of shore fishing adventures just before the southwest monsoon hit the fishing site with huge waves and heavy rains forcing a halt to my fishing activities. :-)

Apart from using an uncommon fish, which probably will not appeal to many North American and European nations, another obvious difference of this adobo dish is that it also uses “luyang dilaw” or “dilaw” or turmeric along with some thick coconut milk to make a fragrant, creamy, tasty, light yellow colored saucy seafood adobo dish. 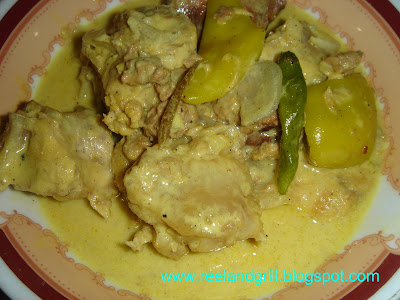 Cleaning and preparing the fish is no easy task for beginner so I asked the kind assistance of a fish expert from Southern Leyte, Philippines. Our friend blanched the whole fish in briskly boiling water until the skin is just tender and can be easily peeled of without damaging the still fresh flesh. He then removed its thick skin and spines. He did that with heavy heart as according to him the delicate and succulent skin is among the best part of the fish. We then agreed that next time; we will just remove the spine, no matter how painstakingly that would be.

He then continued gutting the bony fish and carefully taking the big tasty liver for inclusion into the meat and cutting all up to serving sizes. Finally the dressed fish, weighing around 2 kilos or 4.4 lbs net, was thoroughly washed and drained well. 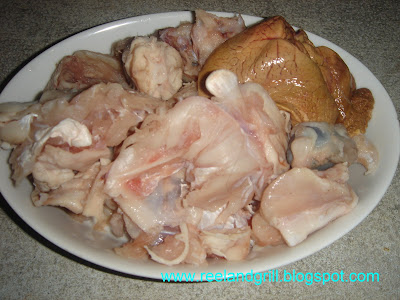 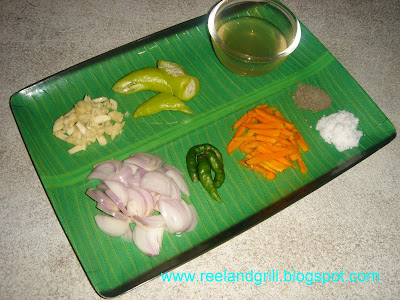 In a large wok or pan or heavy bottomed casserole, heat the vegetable oil over medium flame. Fry garlic followed by the turmeric. Add in onions and continue frying. Add in the fish pieces and continue sautéing with occasional stirring. Cook over medium heat until the fish renders its own liquid. Add the bay leaf (if using) and ground pepper and half of the salt. 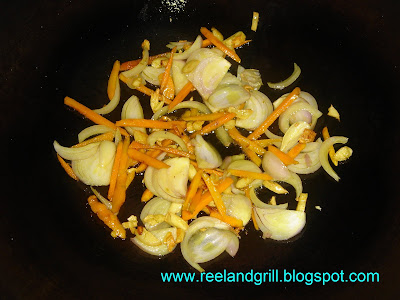 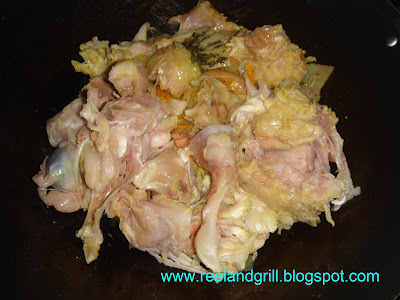 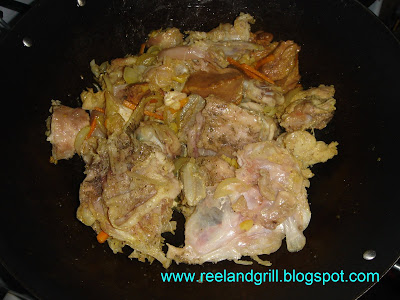 For the meantime, prepare the thick coconut milk. Either from the easy, no-fuss and ready to use off the shelf products now widely available in groceries and supermarkets and which I usually use, or from the complicated, time-consuming but proven to give better results traditional extraction from grated fresh coconut diluted with some hot water. About 2 cups of the thick coconut milk should be enough. 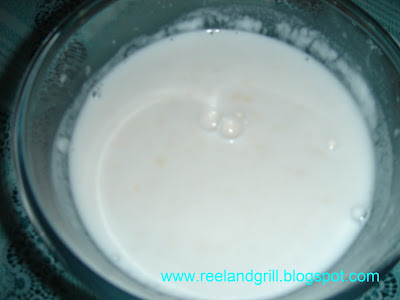 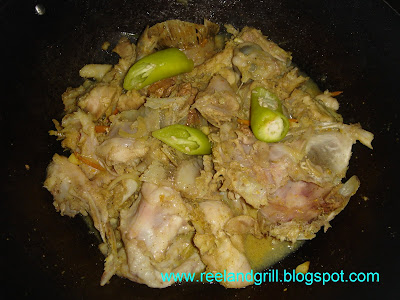 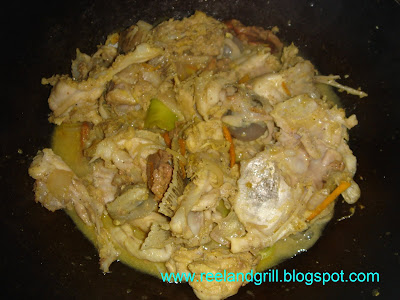 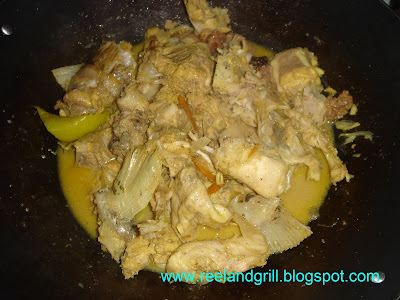 While slowly stirring in the middle, slowly pour the coconut milk to avoid curdling and attain a creamy consistency. Continue simmering on low heat until the sauce has thickened and liquid is again reduced and somewhat oily. There it is! 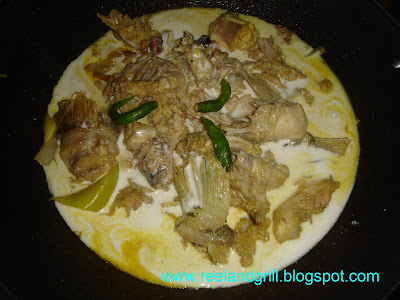 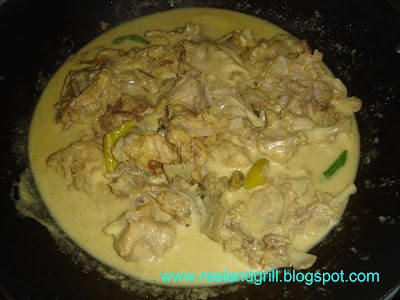 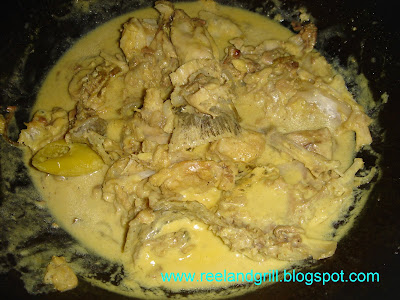 Transfer in a serving bowl and serve with lots of steamed rice. You will be amazed by how good tasting and succulent the dish is. It might be widely unknown, appalling, unrecognized and probably considered bizarre by many, but the fish is surprisingly delicious and luscious. Its texture is distinctly good and goes well with the spicy rich sauce. :-) 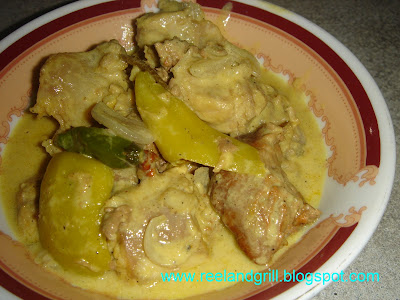 I know though, this is not for the faint of heart. But to experience another good culinary dimension, all you have to do is try it. c“,)
Posted by Reel and Grill at 5:57 AM