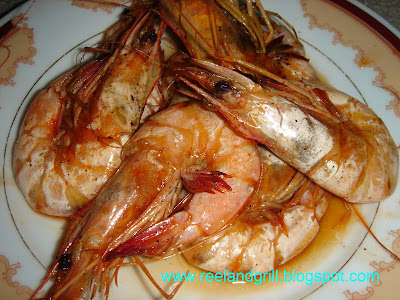 Like “alimasag” or swimming blue crab, shrimp and prawn are among the readily good-tasting food harvests from the sea, freshwater or even farms that require very little ingredients to transform into delicious and luscious culinary treats. It can be just grilled, dry-fried, baked or boiled with just a little amount of salt or sometimes even none when they are freshly harvested from the sea, which will come out really tasty provided cooked right. They are in fact excellent secondary and/or flavoring ingredients to make other dishes like vegetable, meat, noodle, pasta, soup, fried rice and a lot more cookery, attain extra level as far as taste is concerned.

If you want to impress guests who will be dining on your self-prepared meal, include shrimp or prawn in your entrees such as the easy “gambas al ajillo” or the easier “halabos na hipon o sugpo” which is basically a steamed shrimp or prawn then quickly dry-fried, and you will be assured of a dish that will be truly appreciated. The cooking methods involve are considered simple, fool-proof, straightforward and could work well to beginners or even first-timers that will just be following recipes from notes of cookbook.

As a backgrounder, shrimp and prawn are both swimming crustaceans with five pairs of legs and found widely around the world in both fresh and salt water. They can live in schools, swim rapidly backwards, search food while swimming and stay close to the floor of whatever body of water they inhabit. They also have similar flavors and come in a wide range of sizes from minuscule to quite big. Although they are both flavorful and high in calcium, iodine and protein, they are low in food energy and known to be a significant source of cholesterol. 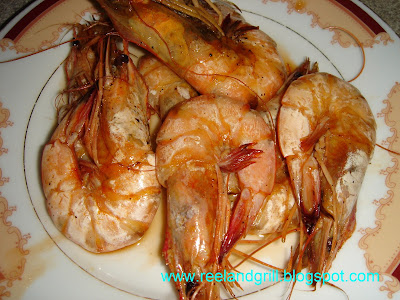 The most intriguing question though is what are their differences? The primary difference is in the gill structure. Shrimp have branching gills, while prawns have lamellar gills or a plate-like structure. Did you get that? I know you didn’t so let me continue. The front pincers of shrimp are typically the largest, while prawns have bigger second pincers and have longer legs than shrimp.

It is still not very helpful? Here is the best distinguishing feature which I use. In shrimps the side plate of the second segment of the abdomen overlaps the segments in front and behind it while in prawns the abdominal side plates are overlapping tile-like from the front down to the back. That should provide you the key.

To cook this dish we need about 300 grams of either shrimp or prawn. Smaller ones should be better but I already purchased a quite large specimen of about 8 pieces prawn which I distinguished from shrimp base on the abdominal side plate arrangement where they are overlapping from top to bottom. :-) 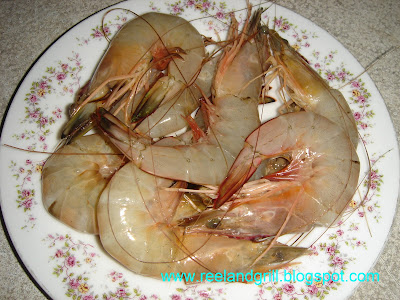 The few other ingredients needed are: about ½ cup of un-cola soda drink, 7-up when you’re a Pepsi fan or Sprite when you’re solid Coca-Cola follower, ½ tbsp vegetable oil, ½ tsp sugar, ¼ tsp ground pepper and a pinch of salt which is optional for I don’t usually use it especially when using really fresh sea water prawn or shrimp. 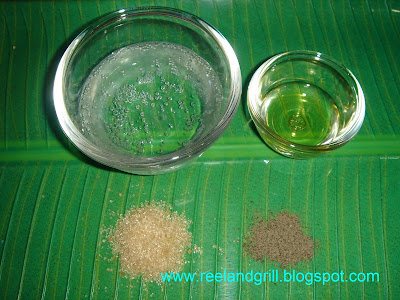 In a small thick bottomed pan, arrange the prawns and pour the soda drink which in this case is a Sprite. Over medium flame, cook the prawn until it render its own liquid. Continue simmering to cook the prawn trough. 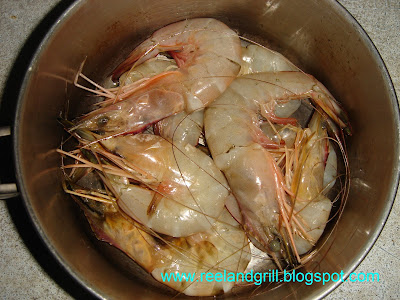 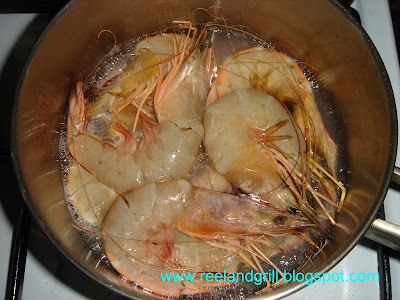 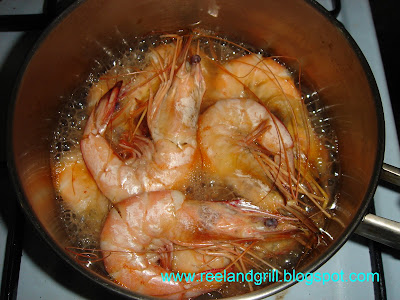 Continue cooking until the liquid is reduced or basically dried-up. Add the oil followed by sugar, ground pepper and salt (if using) and dry fry. Toss the prawn from time to time. When the sugar has melted it’s done. 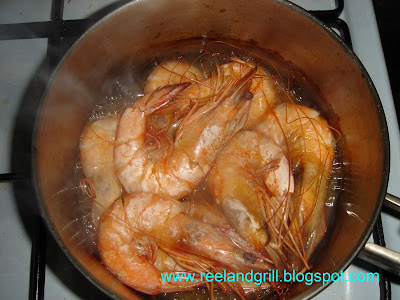 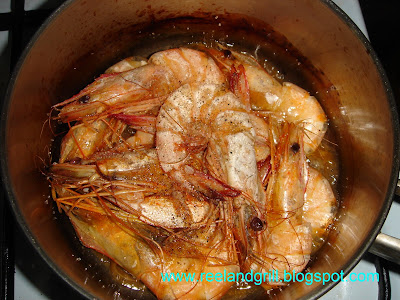 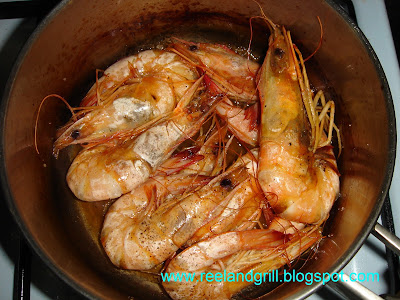 Transfer in a medium plate and serve as appetizer or as part of the main meal. Be ready with lots of steamed rice, for you’ll need it. :-) 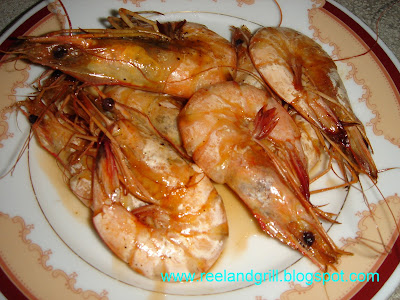 We ate this really tasty dish along with Filipino regional vegetable dish called “abraw” and another hit seafood dish “pangat na isda” and we had an indeed wonderful meal. Enjoy! 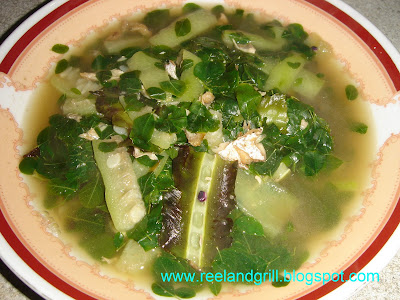 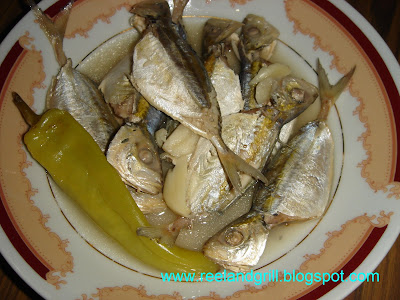 Shrimp and prawn are an important food source for larger animals from fish to whales that’s why they are considered among the most effective live and dead baits in the world of angling or sport fishing. They are my most usual offering during bottom fishing, surf casting and shore fishing. But right now, I simply want them as the yummy “halabos na hipon o sugpo”. c“,) 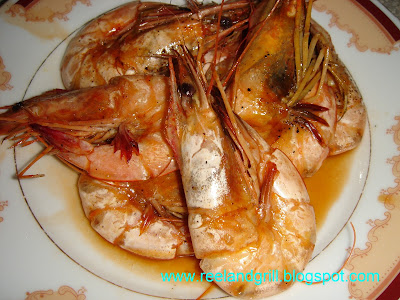