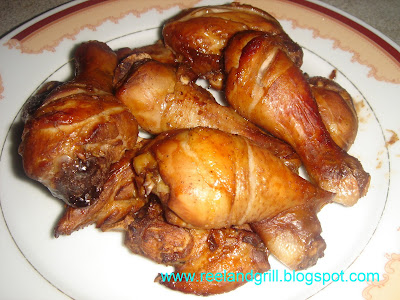 Barbeque, also spelled barbecue and usually abbreviated BBQ, Bar-B-Q and Bar-B-Que, is among the common food that I greatly missed here in Sri Lanka. Why? Well, if in the Philippines and other Southeast Asian nations, barbeque is a very common any-meal food which you can find in almost every corner and junction of the roads in key cities, towns, municipalities, villages and neighborhood, urban centers and all other areas where there is a regular congregation of people, it is the exact opposite here.

That is right; I am yet to see a single barbeque stand or kiosk anywhere on the streets, parks, playground, tourist spots and any recreational areas for over 5 years of my stay here. While Sri Lankan’s also like barbeques, it is just not a common street food item, like “roti”, “kottu”, “appa” etc. :-)

The term barbeque can refer to the meat and cooking process as a food, to the cooking apparatus oftentimes called barbeque grill as an implement and to a party or outdoor activity where such food is the main table fare. Here, we will be talking about barbeque as a food.

Barbeque is a method of cooking meat, seafood and vegetables with the heat and hot smoke of a fire, smoking wood or hot coals of charcoal, cooking gas or even electricity. The meat or fish or vegetable is usually applied with marinade, spice rub, basting sauce or even simply seasoned with salt and spices or soaked in condiments with citrus extract prior to cooking. Barbecue is fun and exciting because it is usually cooked in an outdoor environment heated by the smoke or direct heat of wood or charcoal. Whew…….now I’m craving. 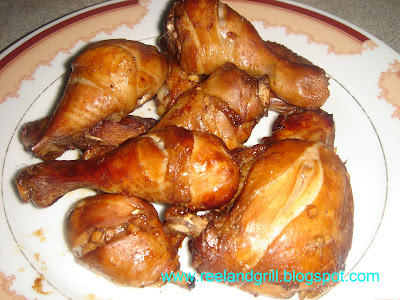 Barbecue is world-popular food. No wonder it has numerous regional variations. There are also several terms that are associated or somehow similar to barbecuing such as grilling, broiling, roasting and to some extent hot smoking. In British usage, barbecuing and grilling refer to a fast cooking process directly over high heat, while grilling also refers to cooking under a source of direct, high heat which is known in the U.S. and Canada as broiling.

In US English usage, however, grilling refers to a fast process over high heat, while barbecuing refers to a slow process using indirect heat and/or hot smoke similar to some forms of roasting. In a typical U.S. home grill, food is cooked on a grate directly over hot charcoal, while in a U.S. barbecue; the coals are dispersed to the sides or at significant distance from the grate. In the Philippines, barbeque is often done over direct heat or charcoals.

To prepare this chicken barbeque, we need about 1 kilogram (2.2 lbs) very fresh chicken pieces composed of my favorite cuts - drumsticks and thighs, washed and thoroughly drained. 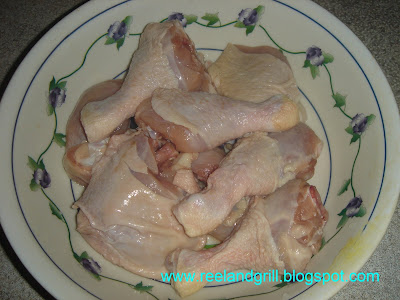 Following the procedure in my pork barbeque recipe, combine the sauce ingredients in a mixing bowl starting with garlic and soy sauce. Add in sprite followed by “calamansi” extract and mix thoroughly. 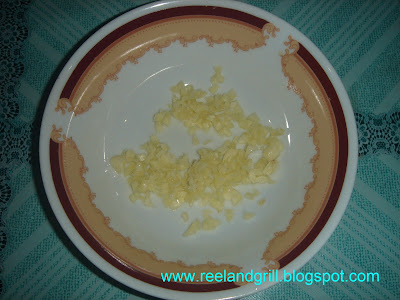 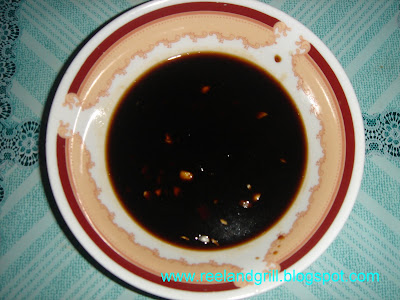 Continue by adding the ground pepper followed by catsup, brown sugar and bird’s eye chili pepper, if you like. Continue mixing until a sparkling black homogenous sauce is attained. Taste the barbeque sauce and adjust the sweetness according to your preference. I like it this way, but my mom usually adds some more sugar to suit to the Filipino taste which is more on the sweet side. 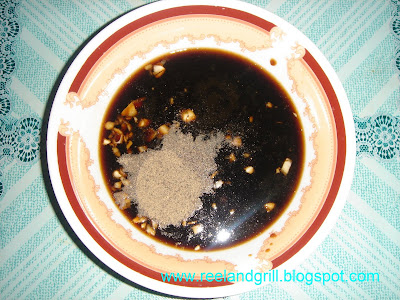 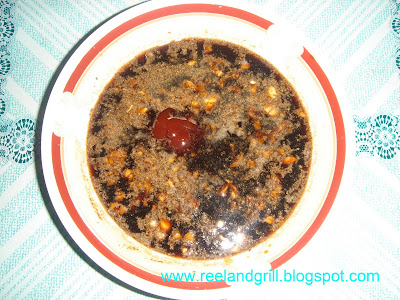 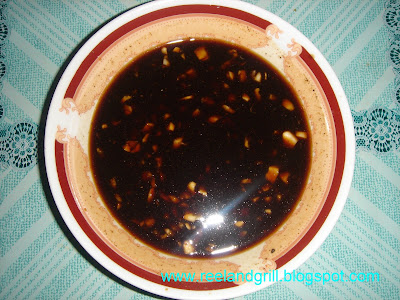 In a mixing bowl, combine the chicken pieces with the sauce and mix until the meat is evenly coated. Marinate inside the fridge for at least 4 hours or overnight if possible. Stir or flip the meat over several times to ensure even infusion of flavors. 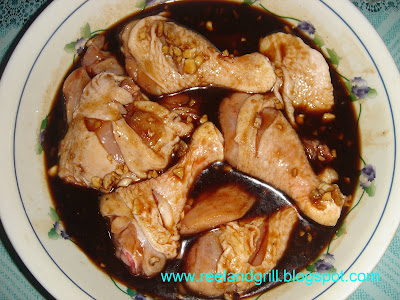 Prepare your grill and be ready for some barbecuing by the lawn or garden. All you have to do is to barbecue the chicken over direct heat until it is gorgeously cooked through and colored sparkling dark brown.

I have anticipated, as mentioned above, that this is going to be fun and exciting. But the weather did not cooperate. It has been raining hard and outside grilling proved to be quite difficult. So I changed plan and used the oven instead.

Pre-heat the oven to 190 ˚C or 375 ˚F or Gas Mark No. 5. In a baking sheet, arrange the meat properly. Baked for around 30 minutes or until the meat is golden and cooked through. Baste with the sauce half way.

On the last 5 minutes, transfer the baking sheet to the top notch and set the oven to broil. Cook until the meat is dark brown and some skin portion lightly burnt. Your kitchen should be smelling barbecue by this time. :-) 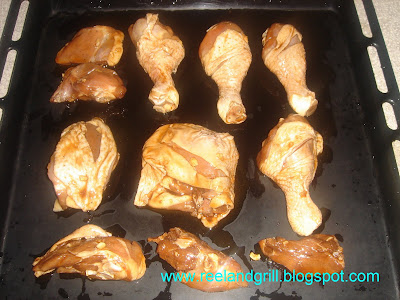 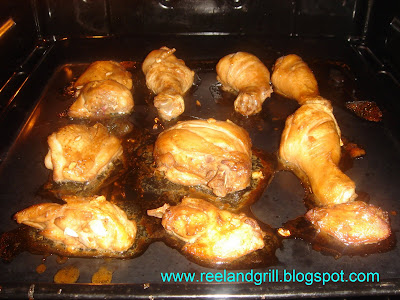 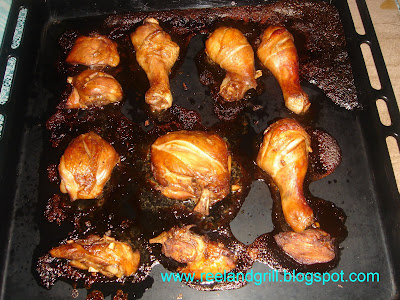 Transfer in medium plate and serve warm. You can accompany it with your favorite commercial barbeque sauce or liver sauce or banana catsup. As for me, it’s already complete on its own and no other sauce is needed. 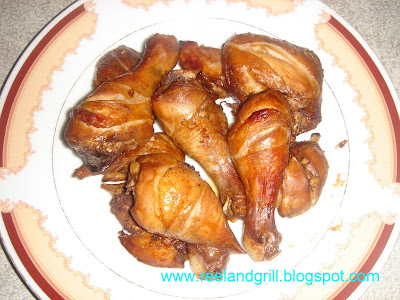 We ate this as a late night snack with several slices of soft crusty bread. The meat is just right; yummy and juicy. The oven did the trick. The resulting dish did not materially differ from the usual charcoal-grilled barbeque I am familiar with. My craving was satisfied. Enjoy! c“,) 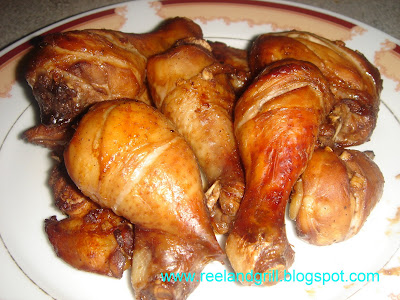