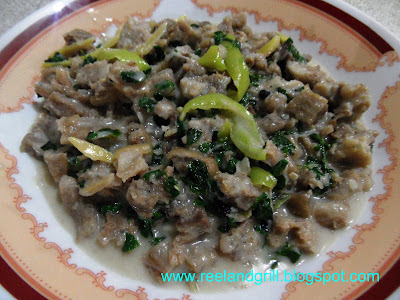 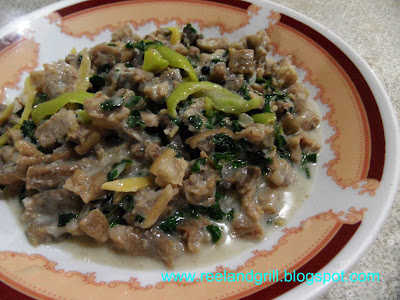 To have an understanding of the Stealth-looking animal that we are about to cook and just probably will soon become part of our regular diet, let me share some basic facts first. Rays are broad flat cartilaginous fish with enlarged wing like pectoral fins that are fused to the head and a long slender, nice to look at but sometimes deadly tail. Within its large family are the stingrays or marine rays with long poisonous serrated spine at the base of the tail.

If you remember Steve Irwin, the Australian wildlife expert and conservationist who became famous hosting the popular television series The Crocodile Hunter, it is stingray that caused his untimely and very unfortunate death in 2006 in a freak accident while filming in The Barrier Reef. The animal’s spine or bard accidentally pierced into Steve’s chest when he swam so close with the fish.

Interestingly, stingray which they call “maduva” in the local language and shark or “mora” its close relative, are highly-sought after fish here in Sri Lanka. We often find them in fish shops along coastal roads and surprisingly, among the fast selling ones. Since we are not used to eating these fish back in the Philippines, (except probably in Bicol and other Visayan islands), we rarely give them attention. At least, not until the time I decided to cook a “kinunot na pagi”, when I purchased a 1-kilogram slab of meat from a pile of cut-up stingray which from the looks of it came from a very large spotted eagle ray. 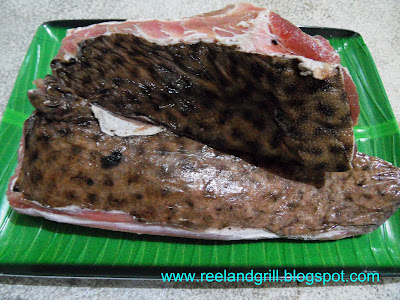 Spotted eagle ray, also called bonnet ray, is found in shallow coastal water by coral reefs and bays which happen to be plenty in Sri Lanka. They are members of the eagle ray family and can be found globally in tropical regions, including the Gulf of Mexico, Hawaii, Atlantic Africa, Oceania, the Pacific west coast of the Americas and the Indian Ocean where Sri Lanka is geographically located. It is noted by its ringed spots, beak-like anterior and long whip-like tail, which I would like to have and bring back to the Philippines as a souvenir (if not illegal). :-)

Cleaning the stingray meat, especially the skin part is important as it naturally stench or smells fishy. To prepare, scrape the skin with the back of the knife to remove the tough scales then rub it vigorously with rock salt. Wash and rinse several times. Cut it up to big chunks of about 2 inches cube. 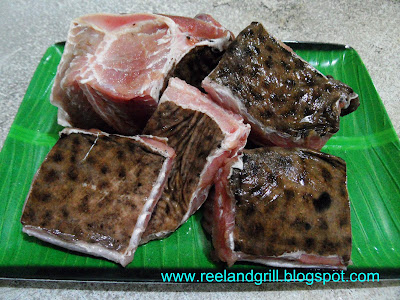 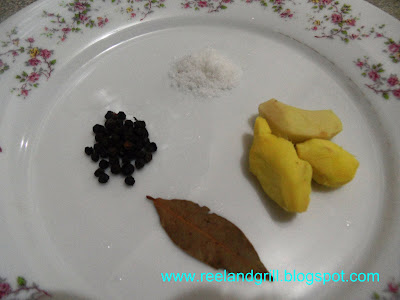 In a large casserole, place the stingray pieces, add in all the ingredients above and fill with enough water to cover. Boil the meat for about 3-5 minutes or until the meat is just tender and could be flaked off easily. Since my meat obviously came from a huge adult stingray, it required more than 5 minutes. 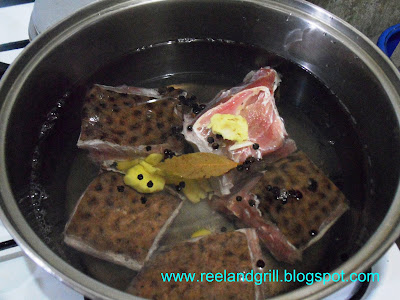 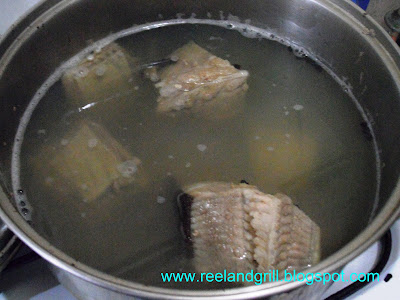 Remove the fish from the casserole and let it cool a bit. Discard the boiling water. Remove the tough skin, flake the meat and remove the hard bones. Keep the soft cartilage, tendons and ligaments. My ray meat has lots of tendons and still has a firm texture even after boiling so I chopped it into small pieces, pretty like dicing pork. At this point, it is now a good smelling stingray meat. :-) 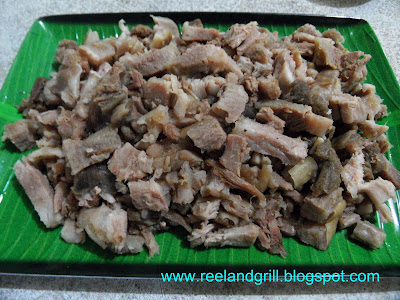 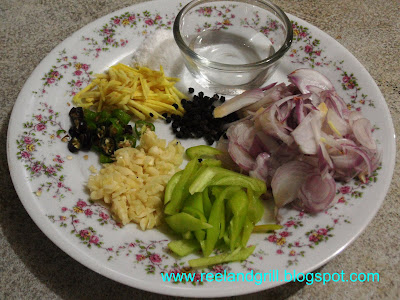 Additionally, we need about 3 cups coconut milk, ¾ cup thick coconut milk or coconut cream and about 2 cups moringa leaves or “dahon ng malunggay” as called in the Philippine language. In a thick pan or casserole, put the coconut milk, garlic, onion, and ginger. Let it boil moderately with regular stirring so that the coconut milk will not curdle. Cook until the sauce thickens. 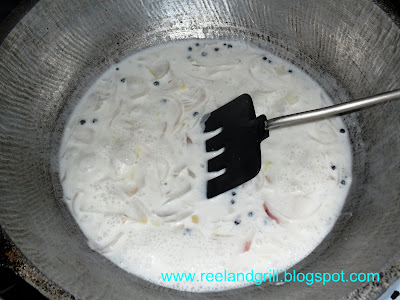 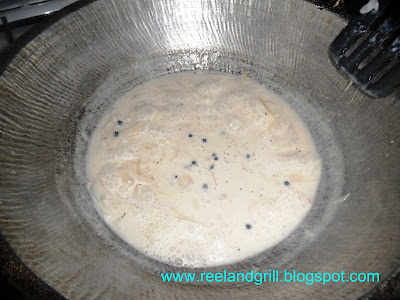 Add in stingray meat and continue simmering until well-cooked and flavors have blended. Add in whole peppercorn and vinegar and let it boil again. Season it with salt and ground pepper (optional). When oil starts to render, add in all chilies and simmer for several minutes more. 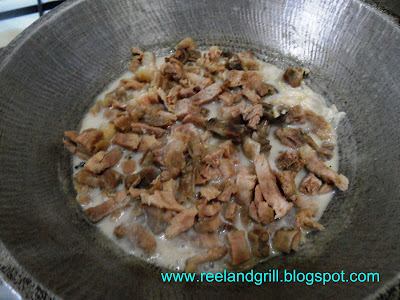 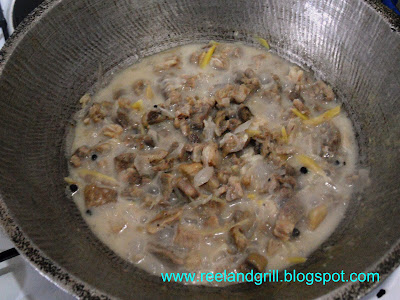 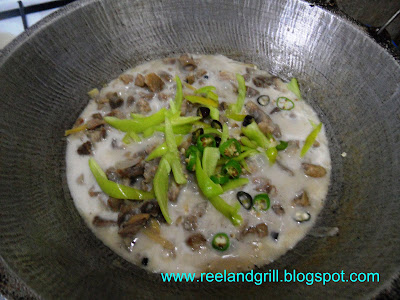 Now lower the heat then add in coconut cream or “kakang gata”. Continue cooking with occasional stirring until it boils again. Taste and adjust the seasonings. Increase the heat to medium and simmer further until sauce is reduced and creamy. Add in moringa or “malungay” leaves, fold in gently and then put the lid back on. After a minute or two, it’s done. 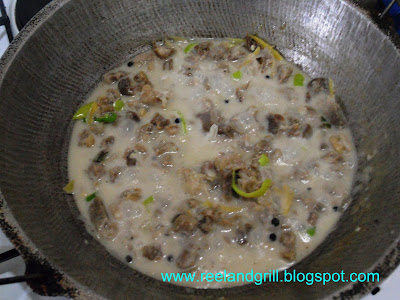 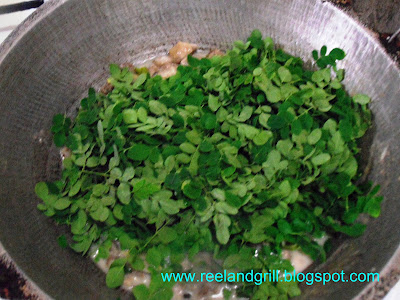 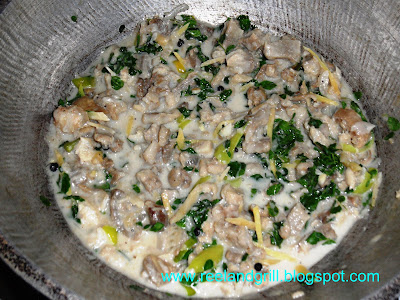 Transfer in a shallow platter and serve with lots of steamed rice. I think the tender but somewhat still firm texture of my stingray meat is better than the mushy ones usually attained when using a younger stingray. :-) 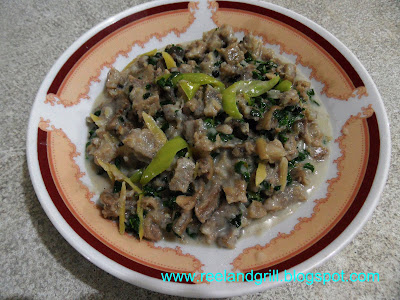 This is one yummy dish. I kid you not. I now have an entirely different view and appreciation of stingray as a food. This is definitely a seafood dish to be repeated very soon. Try this superb recipe from Bicol. Enjoy! c“,) 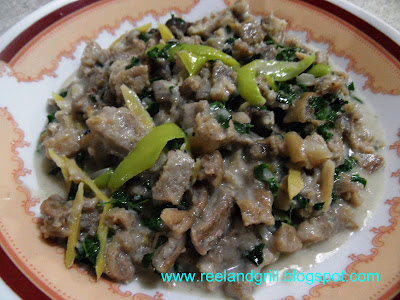 Posted by Cuisinegineer at 12:45 AM