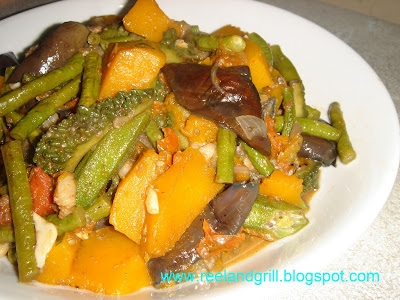 For the last several posts, I have bombarded you with tasty but quite oily meat dishes. In consideration of the health aspects which everyone owes to take pretty seriously, let me share with you today a healthy mixed vegetable dish simply sautéed or “ginisa” as called in the Philippine language. Like the “inabraw” dish posted earlier, this “ginisang gulay” uses various types of vegetables and chiefly flavored with fish paste or “bagoong”, a unique but popular Filipino condiment made from fermented small fish usually eaten with locally grown vegetables.

“Ginisang gulay” as prepared in the Tagalog regions of Luzon, Philippines, although distinct and has its own character, is probably their version of the Northern region’s equally popular vegetable dish called “pakbet” or “pinakbet”. Hence, some of my friends refer to this dish as “pinakbet Tagalog”. Interestingly, both dishes share many similarities, in texture and in taste. Some who are neither from the two regions might not even notice the difference and would unwittingly interchange their names.

Along with fruits, we hear a lot of praises to vegetables as being the healthier food. Eating a good amount of it is sometimes tantamount to psychologically eliminate the feeling of guilt that has developed after indulging heavily on meaty and oftentimes oily dishes. To have a better understanding of the wonder food though, let me provide some facts about vegetables.

Vegetable usually refers to an edible plant or part of a plant other than a sweet fruit or seed. Generally it means the leaf, stem or root of a plant. However, please remember that the description is not scientific and its meaning is largely based on culinary and cultural traditions. Therefore, the application of the word is not definitive and somewhat arbitrary or subjective. Some vegetable in culinary sense is actually a fruit in the botanical context. Some people consider mushrooms to be vegetables while others consider them as falling under a separate food category. 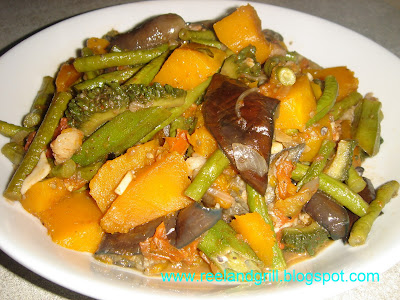 There are many vegetables that can be consumed raw and there are those that may be eaten raw or cooked. Some must be cooked in order to be edible. Like this recipe, most vegetables are often cooked in savory or salty dishes. Condiments such as soy sauce, oyster sauce, fish sauce, shrimp paste and fish paste are regular flavoring ingredients for many vegetable dishes. Quite interestingly though, there are few vegetables that are often used in desserts and other sweet dishes, such as in rhubarb pie, zucchini chocolate cake and of course carrot cake, my version of which I have already shared with you.

For this exciting sautéed veggie dish, you are at liberty to use any vegetable you like, from leaf, to fruits, to flowers and buds, to legumes, to bulb and stem and to roots and tubers. For me however, I settled for backyard grown vegetables such as squash or “kalabasa”, okra, long/string beans or “sitaw”, bitter gourd or “ampalaya”, eggplants or “talong” and tomatoes or “kamatis”. 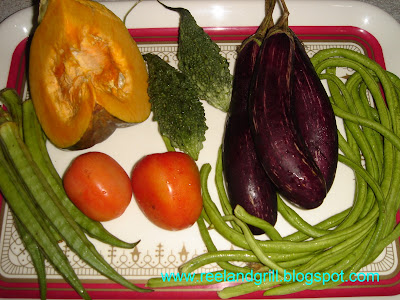 For the flavoring ingredients, about 100 grams of diced fatty pork and 3 tbsp “bagoong” or fish paste are all we need. 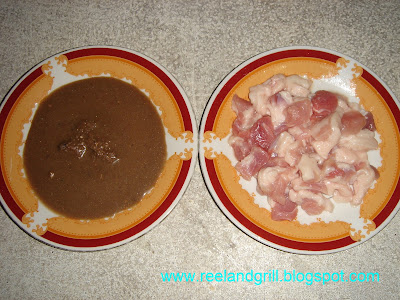 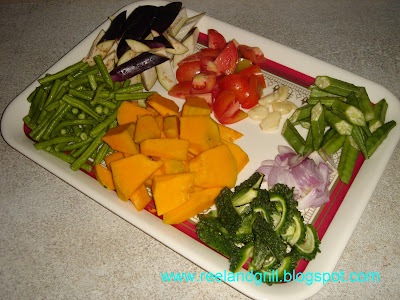 The cooking process is straightforward sautéing. However, we need to fry the meat first. In a large wok or pan, place the meat with a small amount of water. Cook on medium heat until the liquid is reduced and the meat has rendered its oil and sizzling on the pan. 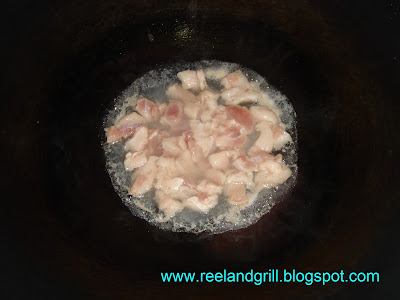 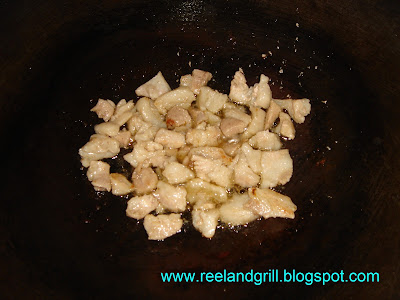 Add the vegetable oil and fry the meat until lightly browned. Place the meat on one side of the pan and fry the garlic followed by onion and cook until translucent. Stir to mix with the meat. Add in tomatoes and continue frying. 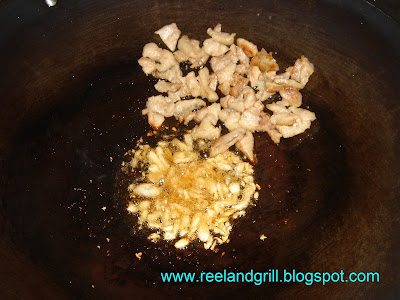 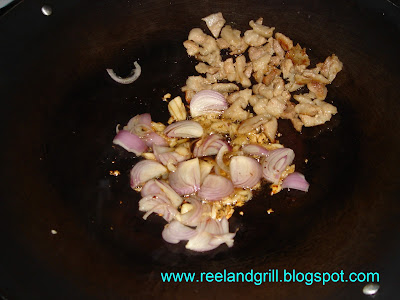 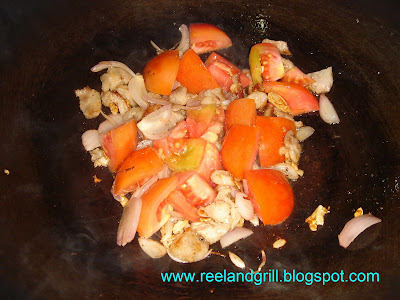 Dilute the fish paste in 1 cup of hot water. Strain to discard the solid particles. Pour fish paste solution into the pan and simmer until it boils. 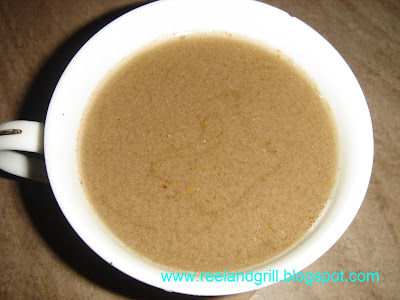 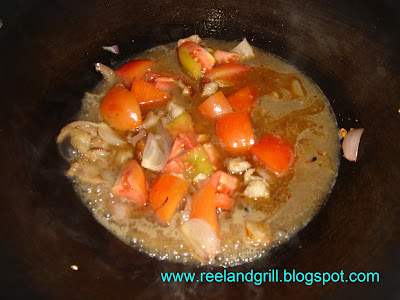 One by one add in vegetables starting with the eggplant, followed by string beans. After a minute, add in squash followed by bitter gourds. Finally, add in okra and continue cooking with the lid on. Continue sautéing with occasional stirring to avoid scorching the bottom. Go on until the veggies are just cooked through. Do not overcook the vegetables. 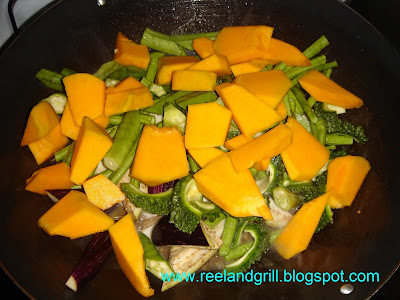 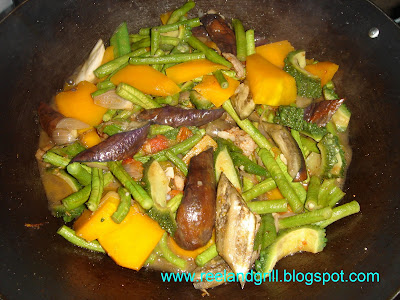 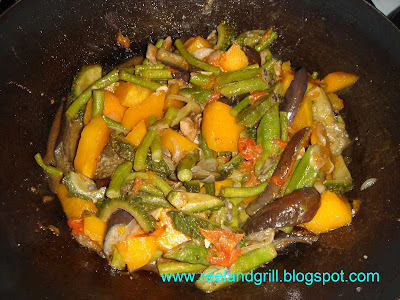 Transfer in a wide shallow bowl and serve hot alongside some fried fish and steamed rice. This is an inexpensive but very delicious meal. Not to mention healthy. Yum yum too! :-) 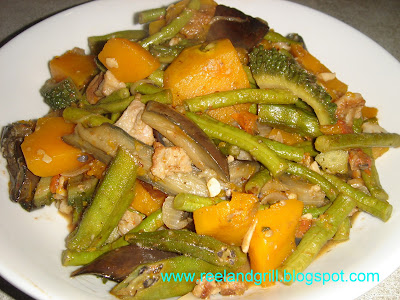 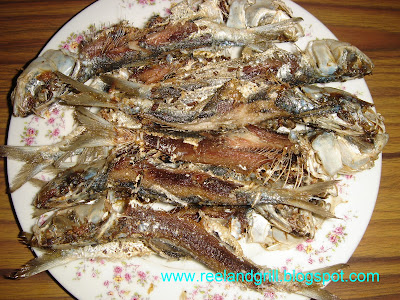 Vegetables are widely available. We should eat them as often as possible as they contain little fat and have varying proportions of vitamins, provitamins, dietary minerals, fiber and carbohydrates. They also contain a great variety of other phytochemicals, some of which have been claimed to have antioxidant, antibacterial, antifungal, antiviral and anticarcinogenic properties. Live long! c“,) 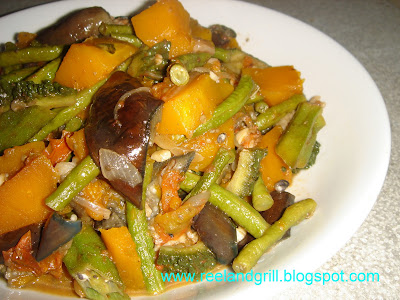