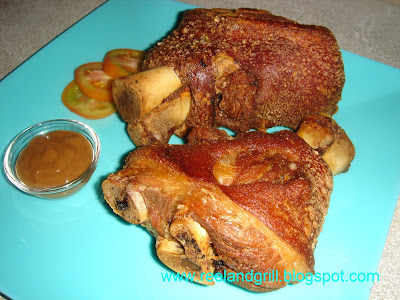 Did you start to salivate? I can’t blame you. “Crispy Pata” is one of the fried foods that could easily stimulate anyone’s taste buds, of most Filipinos of course. By the mere thought of the golden browned, skin blistered, crisp-looking and deeply enticing pork knuckle, I could not avoid but to instantaneously feel that something is titillating my palate. Blame me not either, the dish taste so good and satisfying that it is considered an exceptional dish usually prepared and served during town “fiestas” or festivals, important family occasions, special gatherings and highly significant affairs. With the profuse craving……yes, we are in trouble.

Due to extreme popularity generating high demand, many enterprising Filipinos have made the “crispy pata” readily and quite inexpensively available to everyone in the Philippines. Roadside stores cooking and selling the dish have mushroomed over the last several years offering top restaurant-quality “crispy pata” at rather affordable prices. Enjoying the crunchy dish now is no longer a rare opportunity for as long as you have some extra money to dispose of. And if you still want to spend lesser for the dish, you can always cook it in the comfort of your kitchen. Might prove a little tedious but a lot safer than the ones you will buy from street stores. 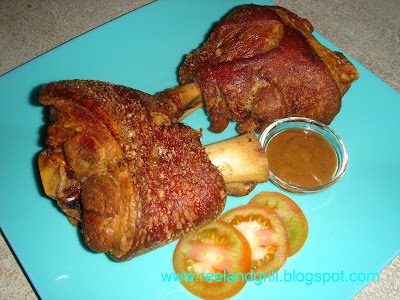 The pork cut called “pata” in the Philippines is actually the whole hand or arm in the front and the lower part of the leg (below the round) in the rear of the pig which include the ham hock or knuckle and even the trotter, my favorite part. :-)

In some countries however, like here in Sri Lanka, ham hock or knuckle are the only ones being sold in the market and trotters are probably discarded or used for some other purposes which I do not have any idea as of now. In order for us to cook a sizeable “crispy pata” which could satisfy four hungry gentlemen not really watching their diets, we purchased two pieces of knuckles or ham hocks, about 1.3 kilograms or 3 lbs.

You know how pig lives, how they use their legs and how the legs are exposed to dirt and all, both in the free-ranged and caged farming. Therefore, the meat should be properly washed; skin is vigorously scrapped of blemishes and impurities and rinsed several times until really looking and smelling clean. :-) 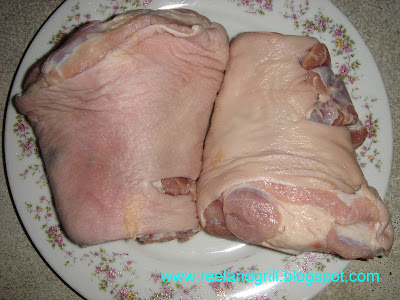 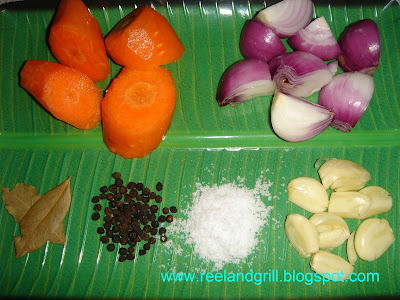 Place the knuckles in a large wok or heavy casserole, add in all the ingredients except oil and cover with the water. 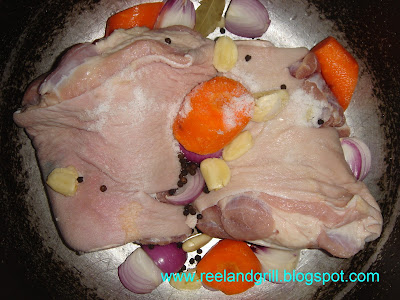 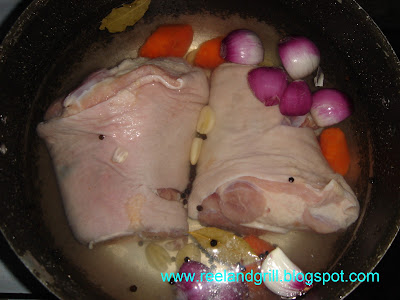 Let the liquid boils on high heat. Scoop out the scum that will rise during the initial boiling stage. When the broth is cleared of scum, adjust the heat to low and continue with slow simmering.

Simmer until the knuckles are just tender. The meat should be tender but the skin and fat should still be firmed enough to allow nice blistering during deep frying. Flip the pork pieces half way to ensure even cooking. Add hot water if necessary, to maintain the liquid level, ½ cup at a time. 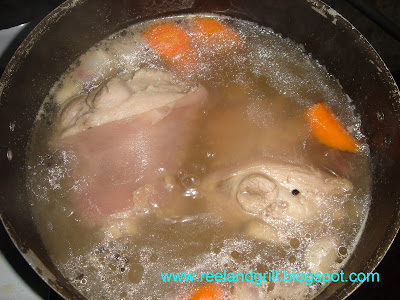 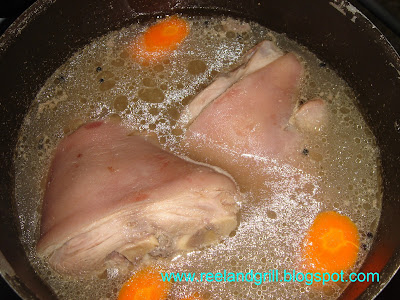 When the meat is fork tender remove it from the broth, drain and allow cooling. Scoop out some of the oil floating on the broth surface and set aside the broth for some other usage such as preparing for a soup which we did.

When the meat has cooled and slightly dried up, it is ready for deep frying. You can also wrap it up and freeze if to be cooked some other time. It will actually yield better result if frozen first prior to frying up. But before cooking, it must be fully thawed and kept at room temperature. 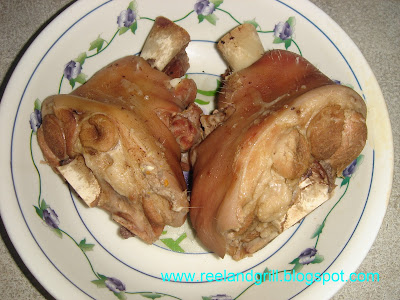 To fry, like “crispy ulo” and “litson kawali”, just heat enough oil in a large wok or deep frying pan. Deep fry the knuckles until the skin is golden brown and crisp. Let the meat cool on normal room temperature. Afterwards, fry it again to blister the skin real nice and extra crisp. 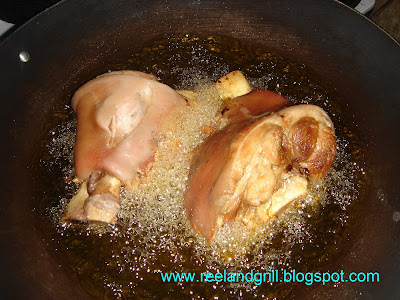 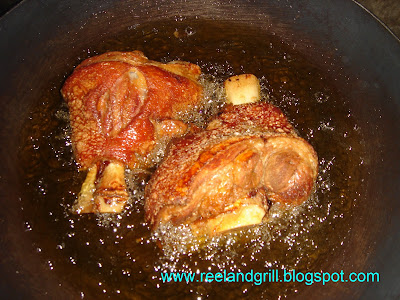 Observe extra care and proper precautions during deep frying. Large amount of extremely hot oil is not something we should mess around with. Drain excess oil from the cooked “pata” using paper towels. 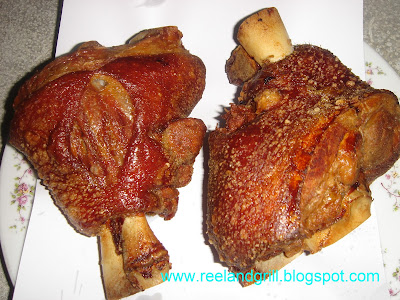 Transfer the “crispy pata” in wide serving platters and serve with your choice of sauce (“letchon” sauce or spiced natural vinegar dip with garlic and chili or “calamansi”/lemon with soy sauce and chili), some chopped tomatoes or “atchara”or pickled green papaya, if you have, and lots of steamed rice. Crunchy and yummy! :-) 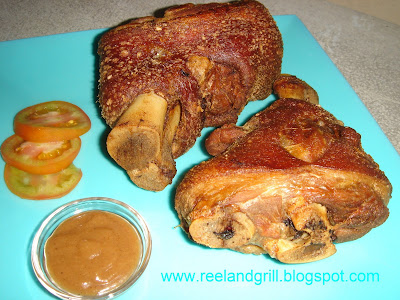 Alternately, you can chop the crispy meat into bite sizes before serving to make it diner-friendly. A quick chopping action of a heavy sharp knife is all that is needed to avoid crushing the crispy and utterly tasty skin. This is also a first class “pulutan” or bites over alcoholic beverages in the Philippines. Enjoy! I will think of the diet trouble tomorrow. c“,) 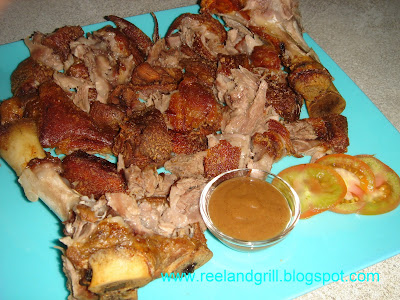