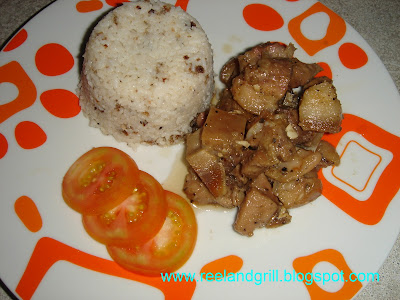 Here we are again……..exploring the delicious world of “adobo”, the pinnacle of the amalgamated yet distinct Filipino cuisine. After about seven different recipes of the highly varied “adobo” dish, using various meats such as pork, beef, chicken and fish, even involving unusual cuts such as ox tongue or “lengua” and chicken neck, and innards such as beef liver, heart and chicken gizzard, we can feel that we still have a lot to cover towards fully understanding the wide-ranging dish. Really, it is highly evolved; continuously metamorphosing and greatly encompassing that can be considered as a distinct cuisine in itself.

In the posts “adobong manok sa dilaw” and “adobong Batangas”, we experienced the tastes of “adobo” without soy sauce, long considered as a chief ingredient in the now common and accepted standard “adobo” recipes. Today’s preparation follows the same variation. There will be no soy sauce and at the same time there will also be no deeply colored turmeric or annatto seeds or “atsuete”. Thus, this is called “adobong puti” or blonde or white adobo, obviously due to the resulting pale colored dish.

Actually, according to stories of our parents, elders and grandparents, and probably yours too, this is basically how the original “adobo” is being prepared; at the time when soy sauce has not been introduced yet by the Chinese immigrants to the Philippines. Through the use of vinegar, garlic and salt only, “adobo” has been satisfying thousands and thousands of Filipino families. Today, we will try to re-create that “adobo” process which has been used and enjoyed for ages, either as dish in a meal or as a way of extending the life shelf of the meat during the time when refrigerator is not yet a common household appliance. 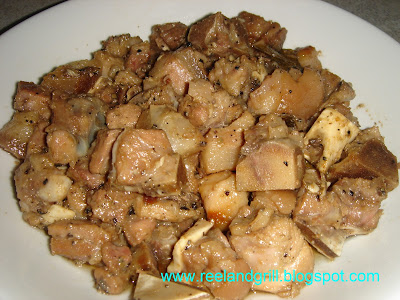 Considering the similarity in the ingredients, I am thinking this dish will somehow resemble in taste with that of “paksiw na pata” although of course, “adobong puti” is intended to be cooked as dry or “iga” in the Philippine term and expected to be somewhat oily rather than rich and saucy like the former.

For the dish, about 1.5 kilograms or 3.3 lbs, pork cubed to around 1 inch is my preferred cut of meat. This is “adobo” so please use meat with some fat and rind as they will be providing a truly flavorful dish. A combination of belly or “liempo” and shoulder or “kasim” would be best. Wash the cubed meat several times and then drain thoroughly. 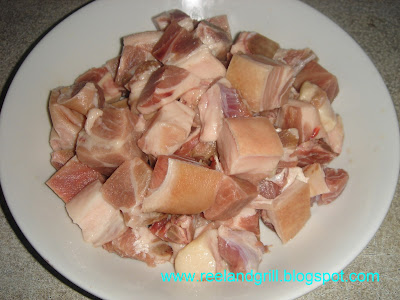 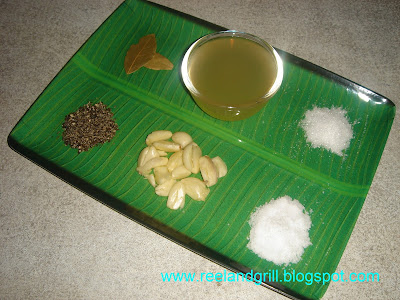 In a wide pan or mixing bowl, combine the meat and the rest of the ingredients. Stir to fully blend the flavor. 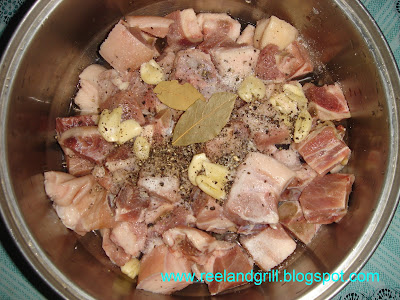 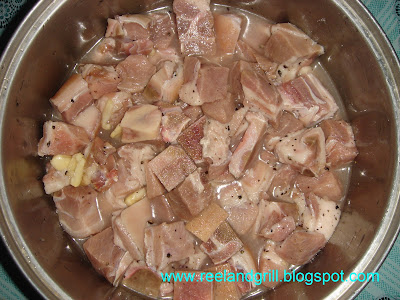 In a large wok or pan, place the meat with the marinade. Heat on medium flame until it boils. Stir the meat and the liquid and then continue simmering on very low heat with the lid on. Taste and adjust seasonings according to your liking. 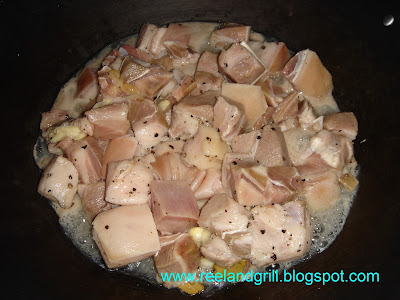 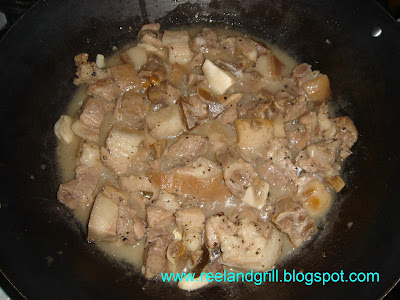 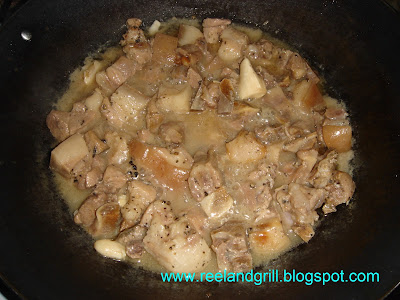 Continue simmering with occasional stirring until the meat is fork tender, the liquid is reduced and pork oil has rendered. Increase the heat and sauté the meat in its own oil until it sizzles and becomes slightly seared or browned. It’s done! 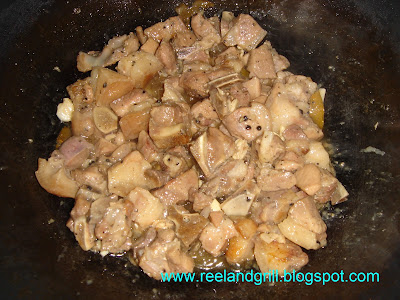 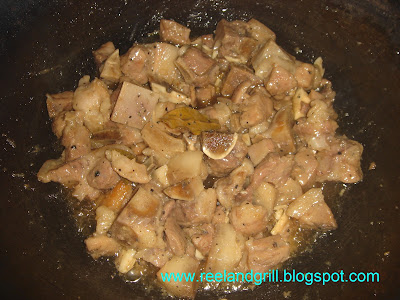 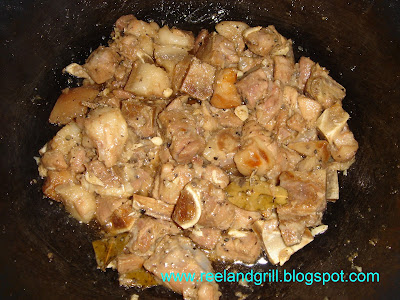 Transfer in a serving plates and serve with lots of steamed rice or better yet fried rice. Like “adobong manok sa dilaw”, this is distinctly delicious, perfect for rice but could also go with your favorite drinks……beer or something. 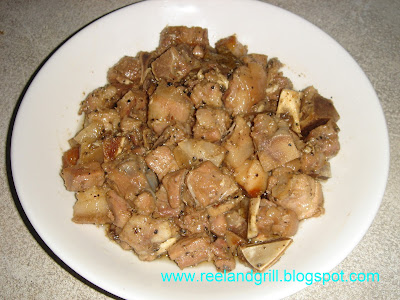 The hint of sugar complements very well with the sourly flavor of vinegar. It’s truly yummy! Diet has been temporarily suspended! :-) 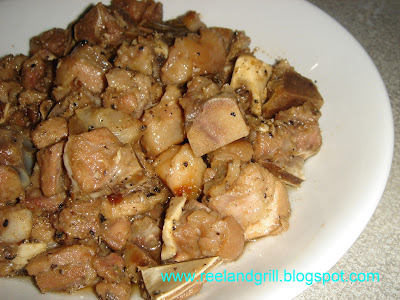 There it is! Another simple yet interesting pork dish to be added to the long list of Filipino “adobo” directory. Do it and be proud of it. Enjoy! c“,) 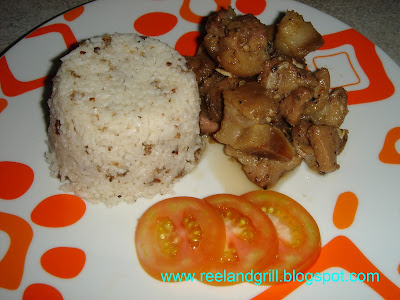