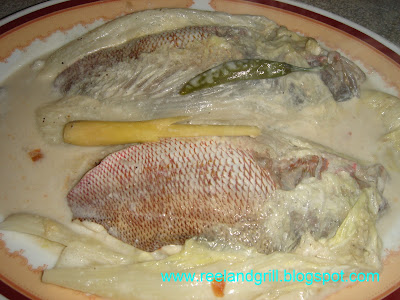 The Bicol region in the Philippines is home to many rich, creamy and ultra spicy vegetable, seafood and meat dishes. Often, they are cooked in thick coconut milk sometimes referred to as coconut cream. They are usually spiked with an abundance of chilies and other spices popular and widely used in the region. One such appetizing “Bicolano” dish which has successfully penetrated into the mainstream of standard Filipino cuisine and which I have already featured here is “laing” or dried (sometimes wilted) taro leaves (“dahon ng gabi”) cooked in coconut milk. A very spicy vegetable recipe made creamy with lots of coconut milk and flavorful with fresh or dried fish or some meat.

I have every intension to post here more of stimulating dishes from the said southern Luzon region. While I have posted a dish called “isda adobo sa gata” which is basically fish cooked in coconut milk, let me feature now its counterpart from the Bicol region, the “sinanglay” or whole fish stuffed with a mixture of some vegetable, chilies and spices then boiled in pure coconut milk. Basically, the dish is also fish cooked in coconut milk only done in a quite different but very interesting method.

For Filipinos living in a country like Sri Lanka where the use of chilies in its cuisine is quite prevalent, there is no way not to think of “Bicolano” dishes back home to refer to or compare with. As we all know, most dishes from the said Bicol region are also heavily laden with chilies to a point where the level of spiciness proved to be unbearable to some, specially the uninitiated. While over the years, many Filipino outside of Bicol have learned to enjoy such very hot dishes like “bicol express” (which I have cooked several times but not yet posted here) and “laing” as mentioned above, some remain to be unable to handle the food, most especially the former which is predominantly made from fresh chilies. 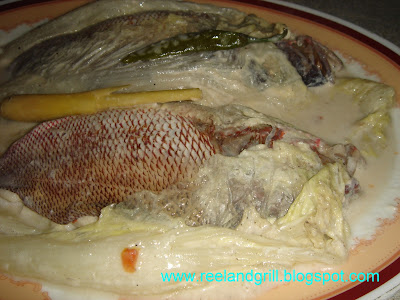 The popular tilapia or Saint Peter’s fish is the usual choice for “sinanglay”. But various varieties of carp as well as barramundi or “apahap”, catfish or “hito”, mudfish or “dalag” and some select saltwater fishes also work well for the dish. Since I have purchased 2 medium snapper or emperor (I’m not quite sure) fish the other day which I have not decided what to do yet, this “sinanglay” idea hit me at the proper moment. It pretty much saves me time thinking how to properly prepare the lovely and tasty-looking saltwater game fish I bought. 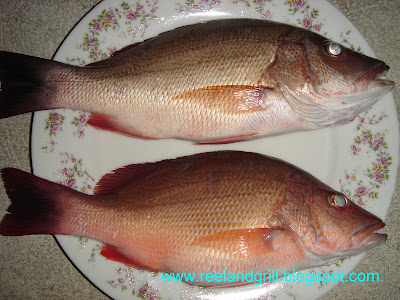 As cleaning fish is quite messy, I asked our cook to do the cleaning and scraping for me. The cook gladly obliged and he thoroughly scaled, gutted, washed, rinsed and drained the two fish weighing less than a kilo or about 2 lbs. 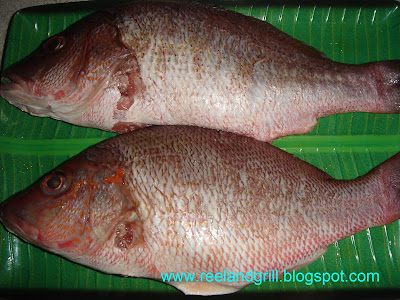 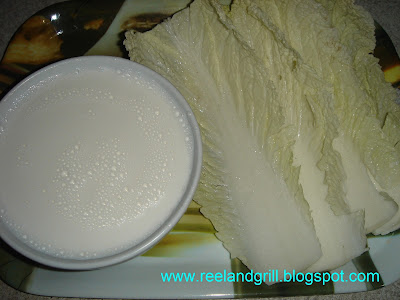 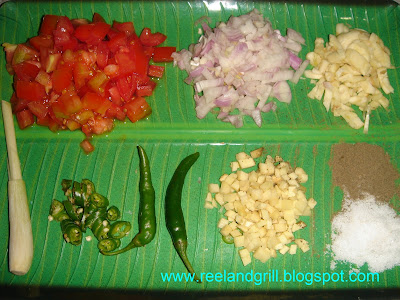 In a large mixing bowl, combine minced tomatoes, garlic, ginger, chili and onion. Add half of the salt and pepper (if using) and mix to properly blend the flavors. Make an incision along the back of the fish. Season the fish with the remaining salt and pepper. Stuff the fish cavity with the tomato-onion mixture. Fold the fish back to contain the stuffing. 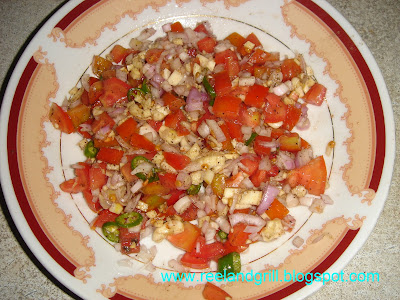 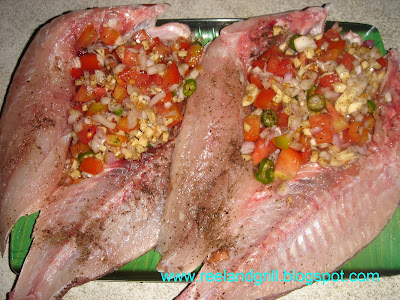 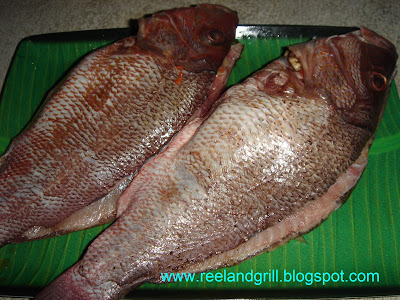 Secure the incision/opening by wrapping Chinese cabbage around each fish. Arrange the fish along with the lemon grass and whole chilies in a skillet and pour in coconut milk. Bring the coconut milk to a boil, then lower the heat and continue simmering for about 30 minutes or until the fish is cooked through and flavors (and colors) from the stuff ingredients, especially tomatoes, are evident in the sauce. 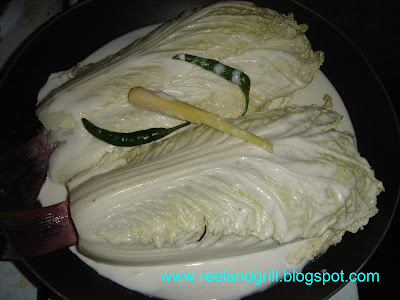 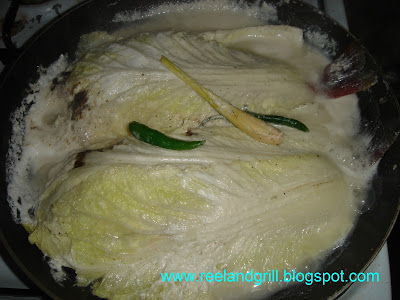 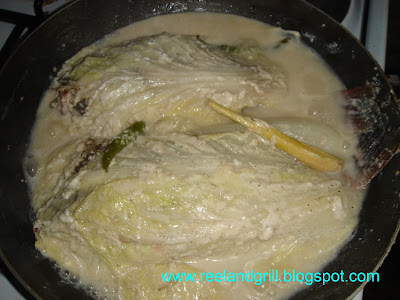 Simmering with the lid on caused the coconut milk to somehow curdle resulting to a rather thin sauce. At this point I decided to add in 1 more cup of coconut cream which I slowly pour while continuously scooping and returning the liquid until fully cooked through and a thick creamy sauce is attained. 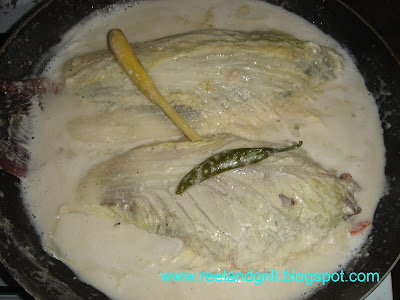 Transfer in a wide platter and serve with steamed rice. The succulent meat of the fish as well as the still crunchy cabbage goes very well with the rich sauce. A cup of rice will definitely not suffice. :-) 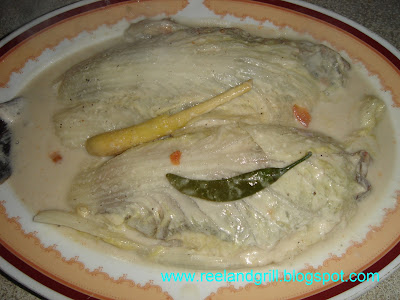 We ate this dish during our Sunday feast alongside some pork loin and chicken barbecues and we all ended up very bloated but nonetheless truly satisfied. Try and experience another fine dish from Bicol. Enjoy! c“,) 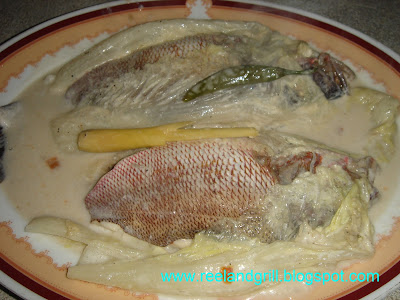