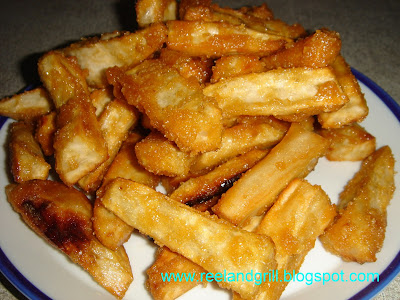 As a variation to the traditional Filipino snack or “merienda” or “kakanin” called “banana que” (referred to as “sundot saging” in the Province of Batangas, Philippines and other nearby Provinces), “kamote que” (can this be called “sundot kamote”?) was conceived. It is basically a snack or dessert dish made from slices or as recently being prepared, large sticks, of sweet potato deep fried in oil with sugar until pieces are coated with caramelized sugar.

Like, “banana que” and “turon”, “kamote que” is also a popular Filipino comfort food widely patronized by the masses and even by some socialites. A relatively healthy and cheap snack meal widely available in many places where there are gathering or congregation of people like markets, schools, townships, churches, supermarkets, transportation terminals, major road junctions, government offices and many more.

The name “kamote que” was also probably coined by the common people due to the way it is served; skewered in bamboo sticks like “banana que” and of course barbeque. Recent preparation however has deviated from the usual skewered type. Now, the sweet potatoes are cut in large sticks or strips instead of just sliced and after cooking are served in small paper or plastic bags and not impaled with the familiar bamboo sticks.

While I still call this as “kamote que” we will be preparing the large sticks version. I find them a lot easier to eat and more appealing to serve. The nice coating of caramelized sugar is also better distributed around the smaller and more uniform sweet potato pieces. But you can prepare it as you like……. it will be the same sweet and yummy “kamote que” at the end after all. 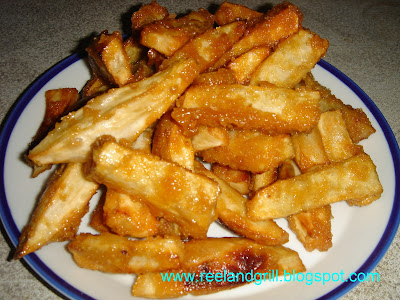 The sweet potatoes, called as “kamote” or “camote” in the Philippines and “bathala” here in Sri Lanka, are large, starchy, sweet tasting tuberous roots which have a higher nutritional value than the common potato. It is a good source of vitamins A, B and C, iron, calcium and phosphorus. It is likewise high in dietary fibre and complex carbohydrates but quite deficient in protein. The sweet potato plant, a herbaceous perennial vine, was introduced to the Philippines by the Spaniards from tropical America.

In spite of the names, the sweet potato is only distantly related to the potato. The softer, orange variety is intentionally called a yam in parts of North America to differentiate it from the firmer white variety. It is however botanically very distinct from the other vegetable called a yam, which is native to Africa and Asia.

To prepare a sufficient “kamote que” for a group of 4 males, I purchased 4 large pieces of the firm variety starchy tubers more than 500 grams in weight. This is the red skinned type “kamote” with white flesh commonly used in vegetable dishes here in Sri Lanka like “sweet potato with cardamom and chillies”. 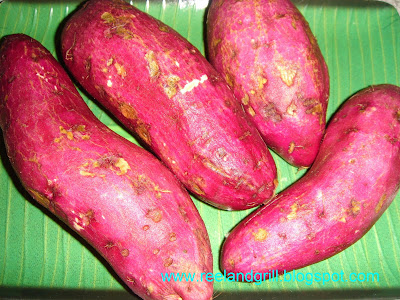 Wash the “kamote” properly. Peel, rinse and cut it into large sticks or strips of about ½ inch square and 2 inches in length as shown. 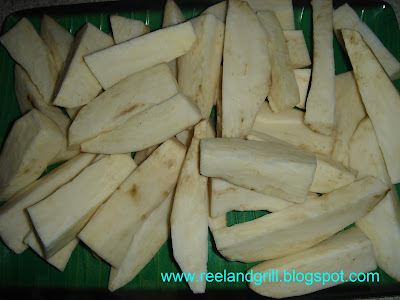 The other few ingredients needed are as follows: about 2 to 3 cups of vegetable oil and about 3/4 cup of brown sugar, more if you have a sweet tooth. 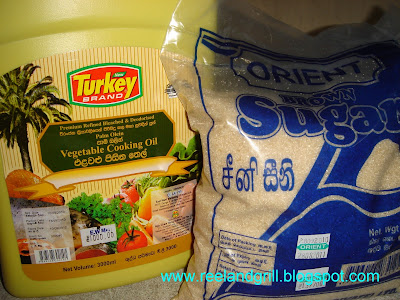 In a large heavy pan or wok, heat the oil on high flame. When it is smoking hot, drop the sweet potatoes and fry for about a minute or until they start to slightly brown. Add the sugar and let it stand without stirring. Wait until the sugar starts to caramelize. 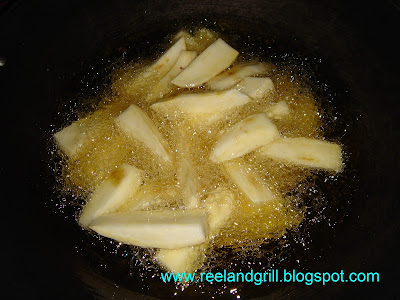 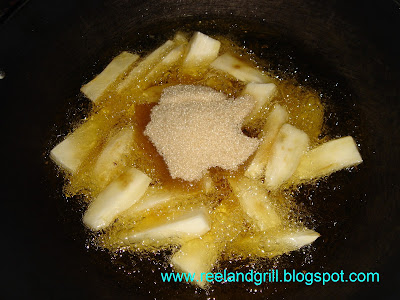 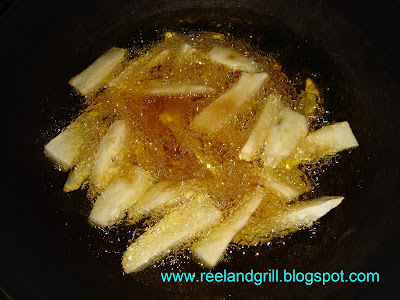 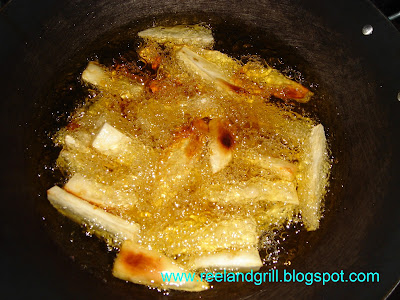 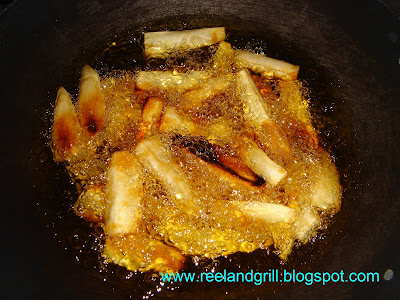 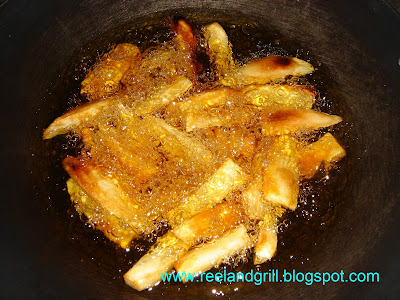 Turn the heat off once the “kamote” are cook through. Be careful not to overcook both the sweet potatoes and sugar. Drain in a colander to remove excess oil. 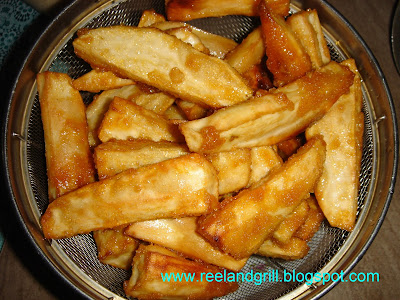 Serve immediately but be cautious in urgently sinking your teeth to the sugar coated “kamote que” as it is usually hotter than it seems. :-) 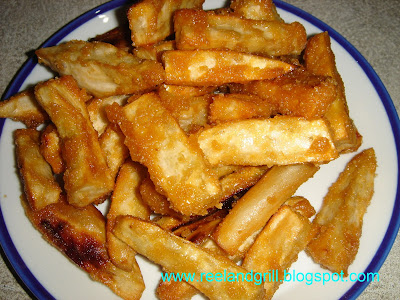 There it is! Another true Pinoy comfort food within everyone’s budget. Eat this yummy sweet treat as a snack or dessert with friends and family. That’s the way it is better enjoyed. c“,) 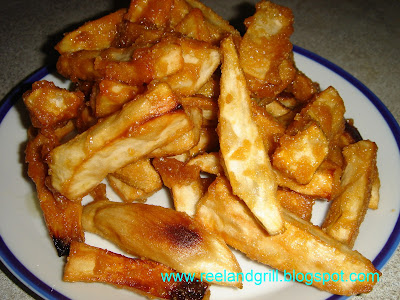