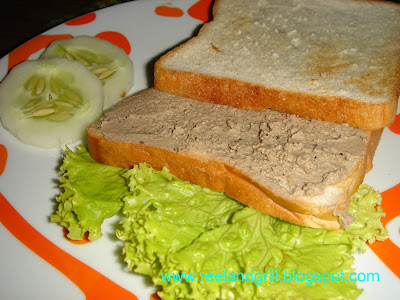 We are in sandwich-eating mood and we scour our fridge for the available spread that we could use. We have both our all-time favorites’ chicken sandwich and tuna sandwich spreads, several types of sweet jam, some margarine and butter as well as slices of Cheddar, processed and Gouda cheeses. But none of them excites our palates this time. We have been regularly eating them and our taste buds are probably somewhat tired and wanting something different. Not necessarily new, but at least something we have not eaten in a long time.

Then I remembered I have half a kilo of chicken liver which I wanted to prepare into chicken liver pâté ……… and the excitement started to build-up. For most Filipinos who grew up with the country’s popular liver spread (Reno Brand) in their everyday sandwiches, especially with “pandesal” or Filipino bread roll, liver pâté is an expensive but sufficient alternative when living abroad.

In general, pâté is a mixture of ground meat and fat or butter blended into a spreadable paste. Common additions include vegetables, herbs, spices, wine and cream. In French or Belgian cuisine, pâté may be baked in a crust as pie or loaf or baked in a terrine or other mold or earthenware. The most famous pâté is probably “pâté de foie gras”, made from the fattened livers of geese, the tastiest liver for me.

In the European countries of Netherlands, Finland, Germany, Hungary, Sweden and Austria, some liver pâtés are shaped as a soft, often spreadable sausage, called “leverworst” in Dutch or “Leberwurst” in German. In the United States these are sometimes referred to as "liverwurst", a combination of English and German. Some “liverwurst” can be sliced and used as sandwich filler while others are spreadable, like the type popular in the UK and my father’s favorite. Yes, he keeps a good stock of a certain “liverwurst” product in his room. :-) 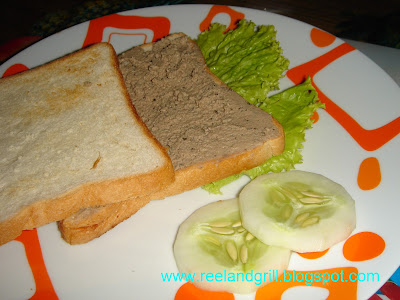 The liver pâté in this preparation used the widely available and quite inexpensive chicken liver. It is actually good to use chicken liver because it is low in sodium, a good source of thiamin, zinc, copper and manganese and a very good source of protein, vitamin A, vitamin C, riboflavin, niacin, vitamin B6, folate, vitamin B12, pantothenic acid, iron, phosphorus and selenium. But don’t rejoice just yet; the food is also very high in cholesterol. :-) 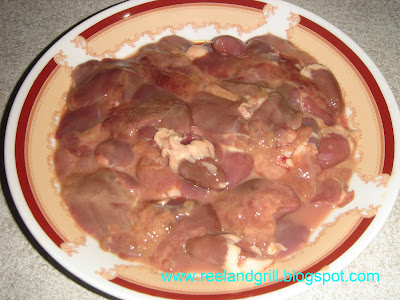 The other ingredients needed are as follows: 3 tbsp butter, 1 tetra pack whipping or all-purpose cream, about 1 cup, 3 small or 2 medium onions, peeled and chopped, 5 cloves garlic, peeled and crushed, several dried herbs such as 1/3 tsp each of basil, oregano and thyme and ¼ tsp tarragon, 1/3 tsp ground pepper and ½ tsp iodized salt or to taste. 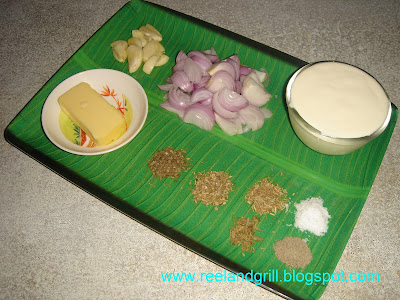 To prepare, first cook the chicken liver (and heart) by steaming until just cooked through. 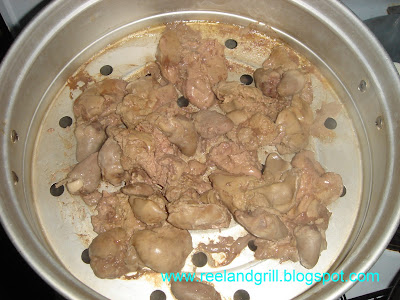 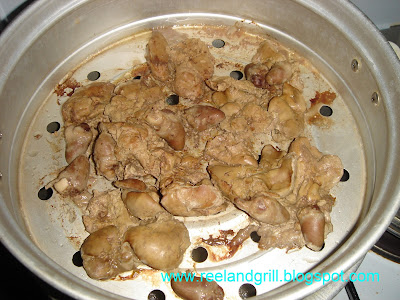 Place all the ingredients in a blender starting with garlic, onion, dried herbs, salt and ground pepper. Add in cooked liver followed by the softened butter and then the cream. 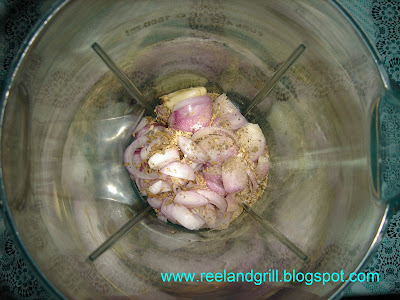 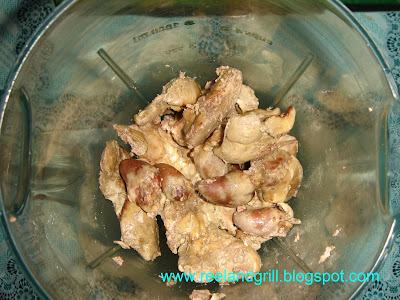 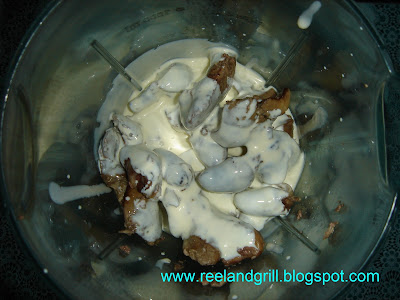 Arrange your blender and simply pulse it several times until a smooth, rich and creamy consistency is attained. Taste and adjust the seasonings. 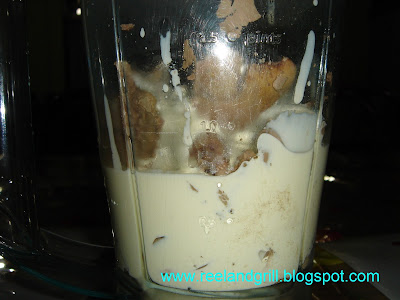 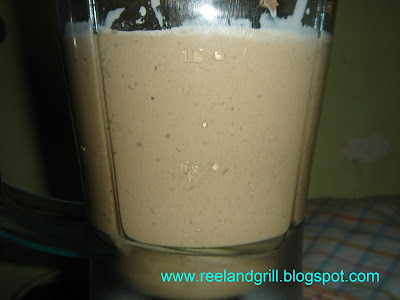 It can already be used at this point but I prefer to cooking it in some more to have a more developed taste. In Europe, it is usually baked for several minutes. I have done that as well several times. This time however, I would like to try it cooking in a steamer like a flan.

So divide the pâté mixture in two aluminium container called “lyanera” in the Philippines. You can use any terrine or medium-sized shallow bake ware. Cook by steaming on low heat with the lid partially open to avoid bubbling. Cook until it is slightly firm. 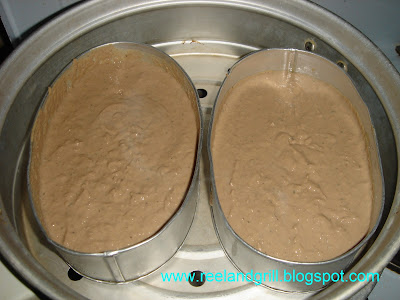 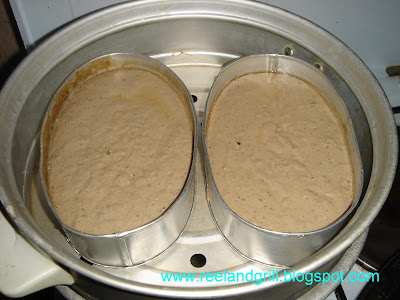 Your creamy chicken liver pâté is ready to be served. Slightly toast some sliced bread and spread the liver pâté for a distinctly delicious sandwich. :-) 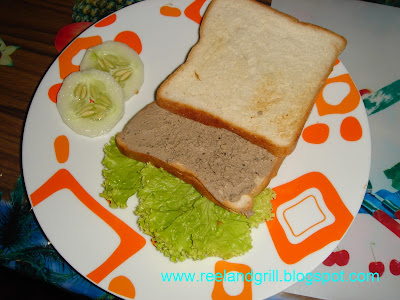 You can also use the pâté to top your favorite crackers and other types of crusty bread. Alternately you can use it in preparing your well-loved Filipino meat dishes like “beef caldereta” and “lechon paksiw”. Yum yum! Enjoy! c“,) 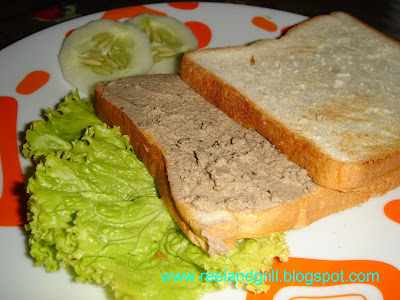