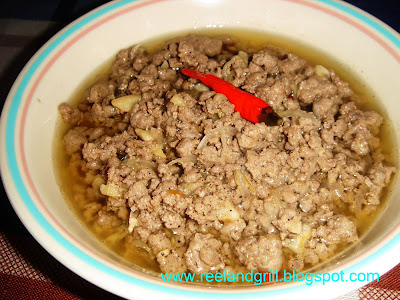 I have featured this spicy viand before in a version cooked using lime juice and green finger chilies. Since I now have “calamansi” or “calamondin” (Philippine lemon) and “siling labuyo” or bird chili which are the original ingredients in an authentic “bagis” (as usually prepared in the central and northern Luzon areas of the Philippines), I would like to make another version of the dish for posting here. Well in addition, it is also my lame excuse for not being able to immediately come out with fresh ideas on how to cook our minced beef long standing in the fridge. But as it turns out, it is an appetizing excuse indeed. :-)

Minced beef or beef mince, popularly known in the Philippines as ground beef or “giniling na baka”, is a finely chopped beef, usually by a meat grinder or mincer locally known as “gilingan”. Please take note however that the cutting process involves fine chopping or mincing and not grinding. Ground beef is relatively a quick-cooking form of beef which does not require long simmering or boiling to tenderize the meat. It is usually made from leaner, tougher and less desirable beef cuts ……… sometimes from loose or side cuttings of other cuts which could easily be marketed minced.

The popularity of minced beef soars with the popularity of hamburgers where it is the main ingredient. It is also widely use in the preparation of meatloaves, sausages, meat pies, meatballs, tacos, chili, sauces like lasagna and spaghetti Bolognese and many more.

In the Philippines, it is typically cooked into everyday food called “giniling” with minced tomatoes and potatoes, in steamed dumplings like “siomai”, in meatballs like “bola-bola” and “kikiam”, as fillings for pastries like in empanada, turn-over and buns, in meat spring roll called “lumpiang shanghai”, in fresh sausage called “longanisa” and in meatloaf known as “embutido”. 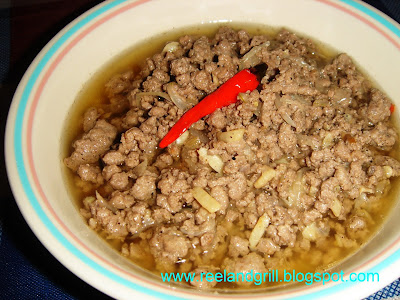 “Bagis” is a simple dish popular in many cafeterias, canteens, roadside eateries, small restaurants called “turo-turo” and other local eating places like “carinderia” and “ambula”. It is simple, requiring just a few basic ingredients, easy to prepare and goes very well with rice so considered a true food for the masses especially if done using the much cheaper “carabeef” or the meat of the Philippine water buffalo called “carabao”.

Apart from the meat, the ingredients are: about 2 tbsp “calamansi” extract, 1 large white onion, chopped, 2 pcs bird chilies, one finely chopped, one kept whole (you can chopped both or even use more if you like it spicier, but I will serve this to children so too spicy is a no-no), 3 gloves garlic, crushed and minced, 1 tbsp fish sauce or “patis”, ½ tsp salt or to taste and ¼ tsp ground pepper. Additionally we need about 1 tbsp vegetable oil and a small amount of water. 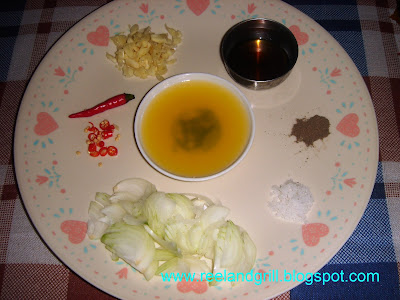 The meat of course, is minced beef, about 400 grams or 1 pound. During the time when “carabeef” still abounds the Philippine wet market, it is a preferred (some actually likes it better) substitute for beef. Since it is now illegal to butcher the dwindling “carabao” in the country, we have to settle with pricier beef. 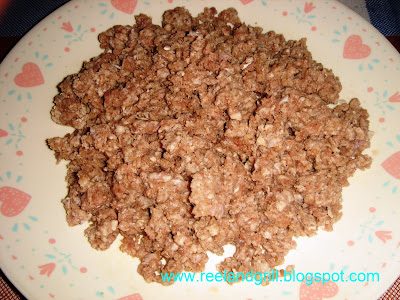 In a wide non-stick pan, heat the oil and fry garlic followed by onions. Add in the fish sauce and continue sautéing until fragrant. Add in minced beef and continue cooking until it renders its liquid. Continue simmering until the liquid evaporates and the meat sizzles in oil and own fat. 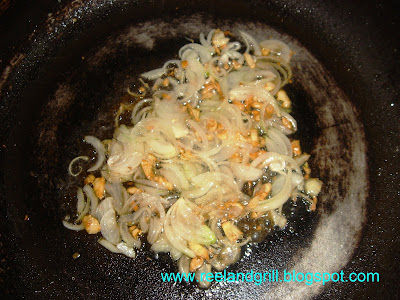 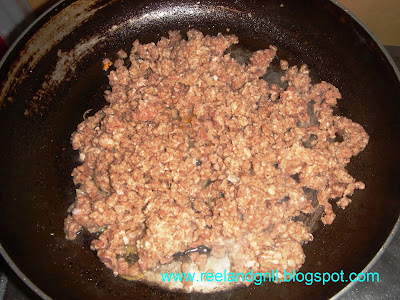 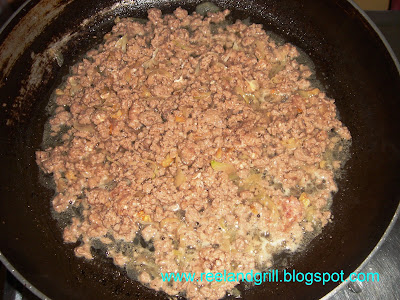 Add in “calamansi” extract and chilies. Add in 2 tbsp water. When it boils, season it with pepper and salt to taste. Continue simmering on low heat. 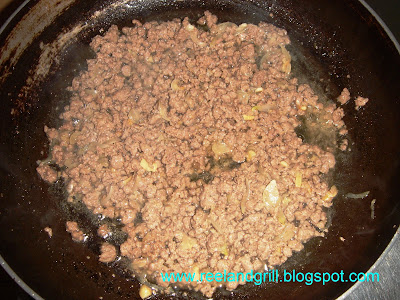 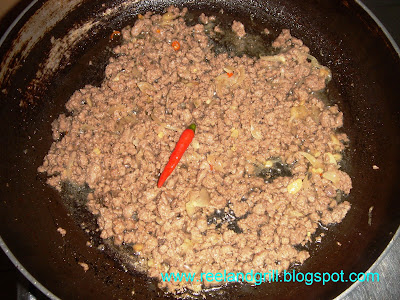 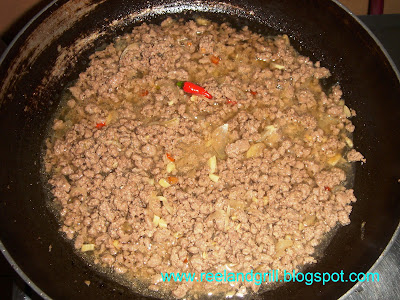 Continue cooking until the liquid is reduced. Taste and adjust the seasonings. Simmer for another minute more. Turn the heat off when you are satisfied with the amount of sauce that remains.

Usually, if to be served in a meal, it should have some sauce, but if to be eaten as “pulutan” or bites over a bottle of drinks no longer my favorite, it is better done dry and somewhat oily. Whichever is applicable to you, do it for you’re in total control. :) 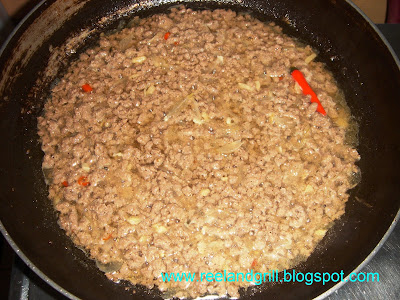 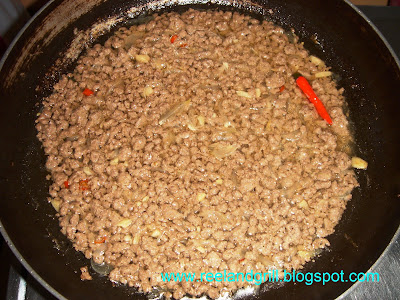 Transfer in a medium bowl and serve with plain steamed rice. Since I like mine really spicy, I took the whole chili, pound it with spoon and mixed it with my rice lathered with the dish. It’s hot and yummy! :) 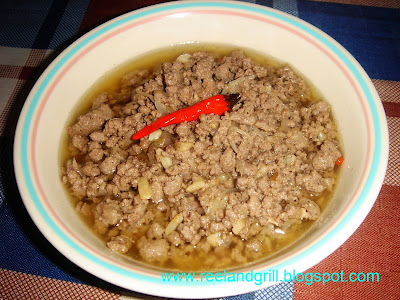 Despite its simplicity, I really like this dish. It’s among the few dishes I still enjoy eating even if purchased from the neighborhood eateries and makeshift stores of mothers trying to generate extra earnings. Enjoy! c“,) 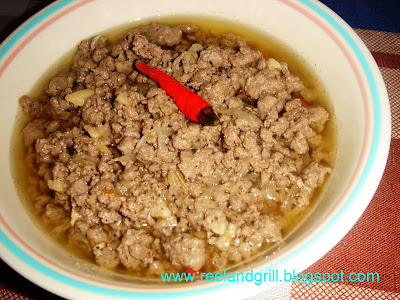 Posted by Cuisinegineer at 2:01 PM