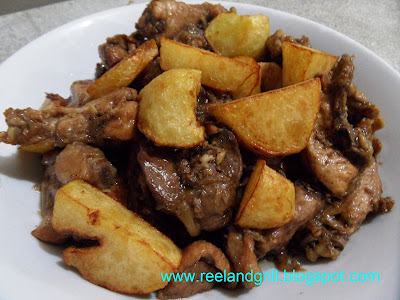 I believe the popularity of “adobo” has already transcended into the subconscious mind of most Filipinos. I can say this because during times when our group can no longer think of a new viand, we would always settle with an “adobo” dish ……… not really as a forced consensus due to absence of options, but rather a form of immediate resolution that is considered fail-proof and almost always acceptable to all members …… and true to our implied expectations, we would always end up satisfied with the meal …… to a level where there is no trace of backlash or regret. That’s on top of the fact that “adobo”, either pork, chicken or combination thereof, is already a regular dish in our weekly menu.

Simply saying, “adobo” is something our group persistently enjoys during meals and there is no indication that we shall come to the point of getting tired of the dish any day soon. Not with our incessant appetite for the dish and quite even more, not with our colleague Dong, of the pork “adobo” a la Dong, around. :-)

Since we have been eating a lot of “adobong pusit” lately, (not that we are complaining for we really like it) I suggested to Dong to prepare his version of chicken “adobo” or “adobong manok” for posting here. Generally, it is for the interest of recipe sharing and at the same time to serve as a follow up for his first posted recipe of “pork adobo”. In addition, this will somehow support the moniker our group has jointly accorded him as our undisputed master of ‘adobo”, at least within the confine of our kitchen and dining rooms.

Gladly, Dong agreed to do his chicken version of “adobo” for all of us. While we may already have similar recipes in our notes, exploring other variants is always a constructive way of improving our own techniques; openly finding alternatives which could better what we already knew or had for furthering our culinary knowledge in respect of the Filipino dish-cuisine called “adobo”. 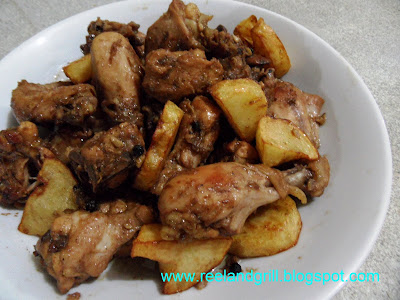 In cases of fried and/or baked cooking preparations for chicken, I always like choice cuts say thigh, legs, breast and wings, but for stewed, braised or soupy dishes like “afritada”, “tinola” and yes “adobo”, I always prefer using cut-up whole chicken including its giblets (whenever possible), for richer flavor and more pronounced taste. For me, the bony back section with limited but succulent meat (and everything else) in between and around the bones is awesome in the dish. Similarly, liver and gizzard are also top favorites so I always make sure that I include them in chicken “adobo” and so is Dong.

For the dish, we need about 1.5 kilograms or about 3.3 lbs whole chicken that usually includes its giblets tucked inside the cavity when packed. The chicken should be properly cleaned especially the skin part where tiny feathers usually remain around the legs and wings section. The gizzard, particularly the inside surface should be properly scraped off its covering membrane and cleaned as well. 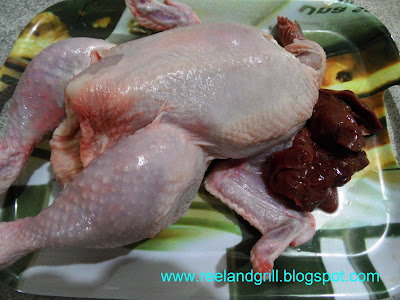 Cut up the chicken into large bite sizes, about 1.5 square-inches. Wash them thoroughly to remove traces of blood then rinse and drain. 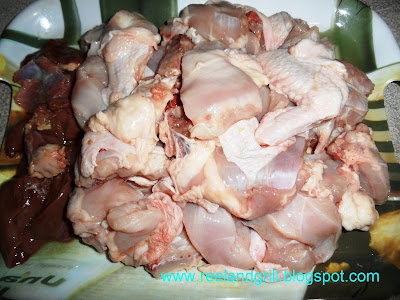 Like typical “adobo”, the other ingredients needed are: 1 head garlic, peeled and minced, 2 medium onions, peeled and chopped, ½ tsp whole peppercorn, ½ tsp freshly ground black pepper, 1 tbsp white sugar, about ¾ cup natural vinegar (please adjust accordingly, depending on the acidity), ½ cup soy sauce, 1 bay leaf and 2 medium potatoes, peeled and cut up as well. Additionally, about 2 tbsp of vegetable oil for sautéing, about 1 cup broth or hot water for simmering and some iodized salt to taste will complete the requirements. 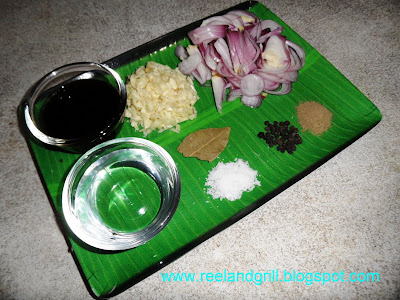 In a large heavy pan or wok, heat the oil and fry garlic until it is slightly browned. Add in onions and cook until it is translucent. Add in soy sauce and sauté until it boils. Put all the thoroughly drained chicken pieces and mix the ingredients. 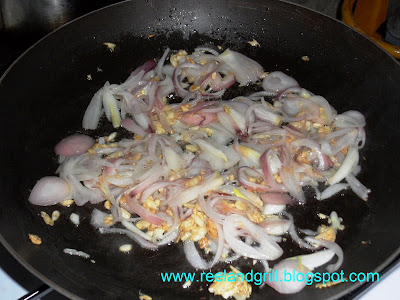 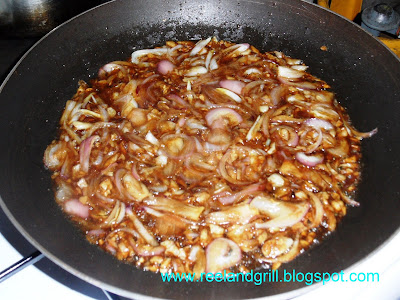 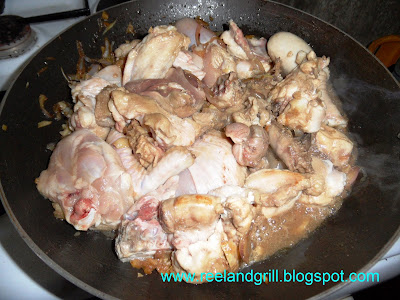 Let the meat renders its own juice and fat. Give it a gentle stir and simmer on medium-high heat until the liquid is reduced and meat starts to sizzle in its own fat diffusing an aromatic smell. Add in whole peppercorn, ground pepper and bay leaf and continue cooking. Slowly, add in vinegar. Do not stir until it is briskly boiling. 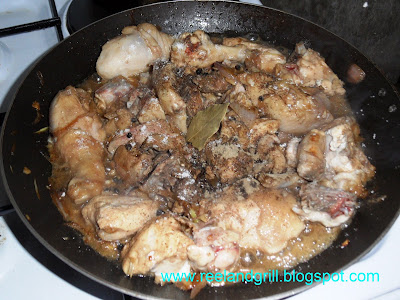 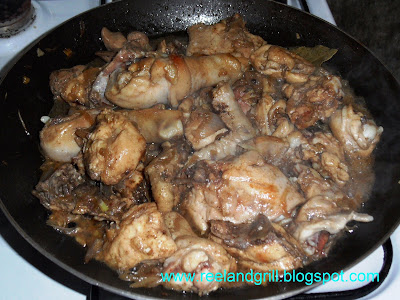 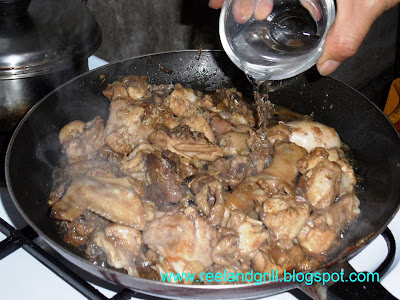 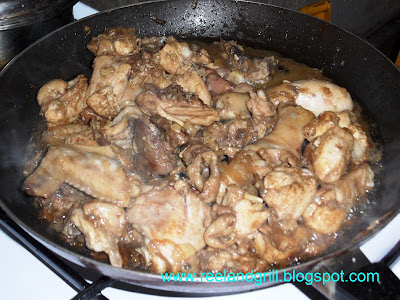 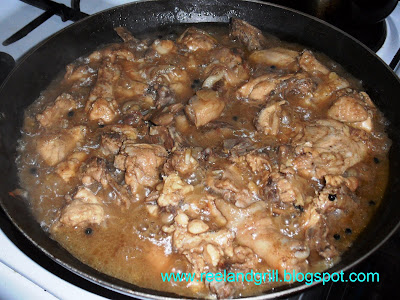 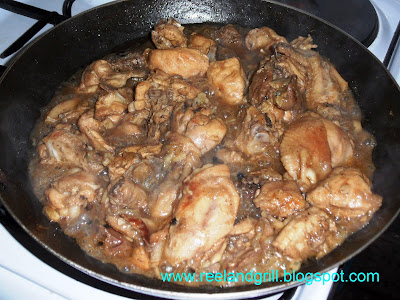 In the meantime, prepare the potatoes. In a small pan, heat some oil and fry the cut up potatoes until lightly browned and cook through. Set aside. 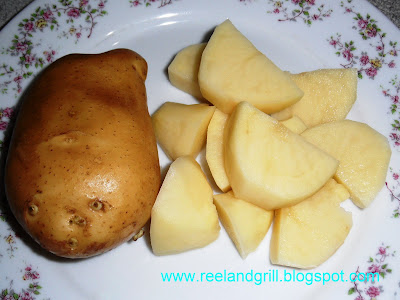 Continue cooking until the sauce is reduced, has thickened and meat is fork tender and somewhat oily. If you or your kids prefer a saucy “adobo” you can add some hot water and heat it through again until you achieved the sauciness you like. 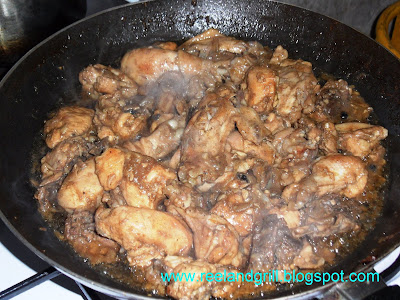 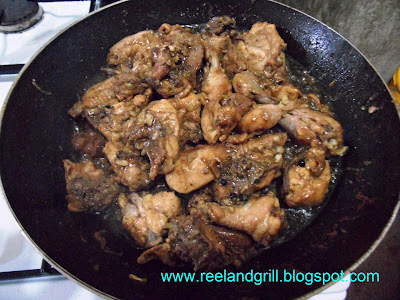 Combine the chicken “adobo” and the fried potatoes and transfer in a serving platter. Serve it with lots of plain steamed rice. As I always say when it comes to "adobo", it is better served alongside some chopped tomatoes and/or pickled green papaya side dish called “atchara”. Yummy! 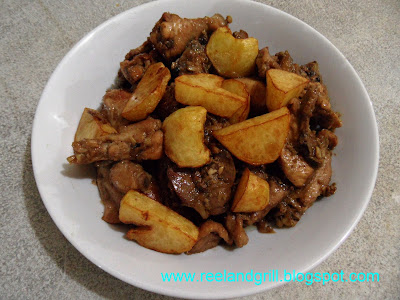 Here it is friends, “Adobong Manok ni Dong”! This type of preparation is basically the second most popular among the many “adobo” variants. Try this version and enjoy! c“,) 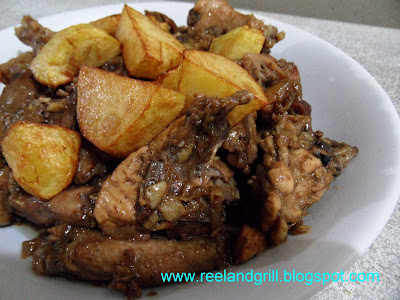 Posted by Cuisinegineer at 10:55 AM