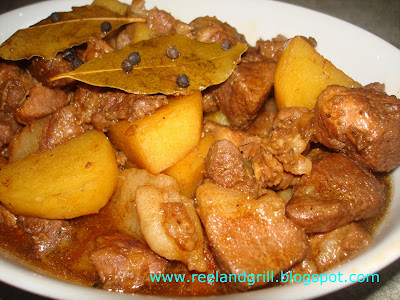 Widely regarded as the Philippine National Dish, Filipino Adobo is by far the most common and most popular way of cooking pork or chicken or a combination of both. The preparation is simple, requires less ingredients and relatively easy for an outcome that is luscious & delicious and a perfect accompaniment for the Philippine staple food that is steamed rice. All together these make the true icon of Filipino Cuisine a constant hit ………. a winner……..for everyone, no matter what their social status is.

Its appeal has transcends through the pork and chicken boundary and led to cooking just about anything to Adobo. From other meat such as beef, carabeef (water buffalo meat) and goat meat, to fish such tuna, catfish and marlins, to seafood such as squid, octopus, shrimps and sea shells, to other poultry such as duck, turkey, geese and quail, to vegetables such as long beans, eggplants and kangkong (water spinach) and even to the exotic foods which others might find peculiar such as dog meat, frog, some reptiles, rabbits and field mice, Adobo offered an endless possibilities. 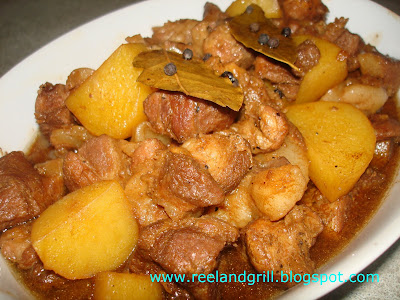 While adobo is the Spanish word for seasoning or marinade, the Adobo as a dish is not introduced by the Spanish colonizers. Long before their arrival in the Philippines, the indigenous cooking process of stewing meat in vinegar is already being prepared by the early families of the archipelago. The Spaniards only referred to it as Adobo due to its resemblance to their process of marinating, which later became its common name and retained until now. So Adobo is truly Filipino, concocted by their ancestors.

Due to its extreme popularity, Adobo has evolved to so many variations. If there are about more than 2,000 inhabited islands out of the 7,107 islands the Philippines composed of, maybe there are more than 2,000 ways to prepare Adobo, with the vinegar and garlic as the obvious common ingredients. But no matter how Filipinos cook it, the same wonderful, aromatic, garlicky and tangy dish collectively known as Adobo will come out. And one should be prepared to salivate.

To painstakingly explore the amazing world of Adobo, we shall be cooking this dish using different variations one by one from time to time. For Version 1, we shall use the braise type usually done in the Central Luzon areas of Pampanga and Tarlac, where sautéing is the “in thing” in cooking. To cook it, we shall need about a kilo of pork, cut to around 1 x 1 inch sizes. 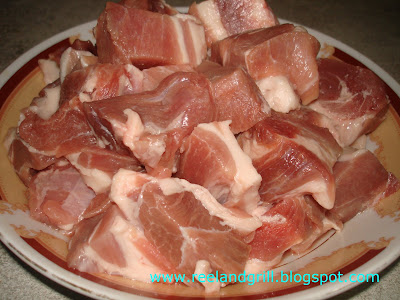 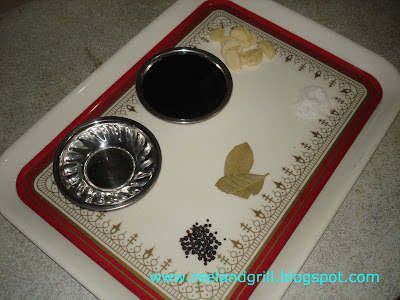 Heat a large thick pan (no oil is needed), put all the thoroughly drained meat and cover. Let the meat renders some of its own juice and fat. Give it a gentle stir and simmer on high heat until the liquid is reduced and starts to sizzle in its own fat releasing its aroma. 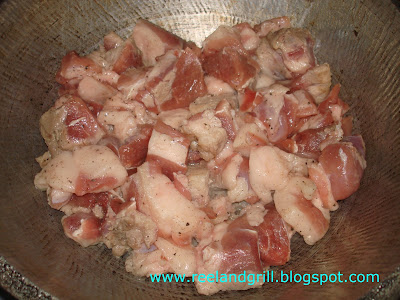 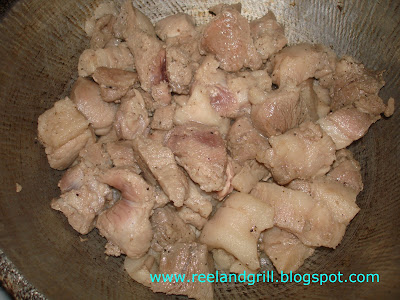 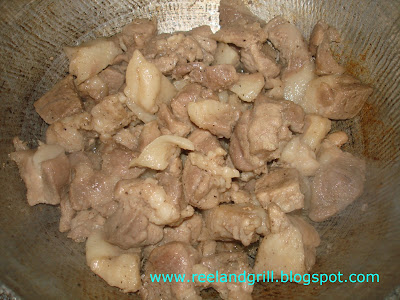 Add the minced garlic, whole peppercorn and bay leaves on the sizzling meat in the pan. Continue sautéing for several minutes. 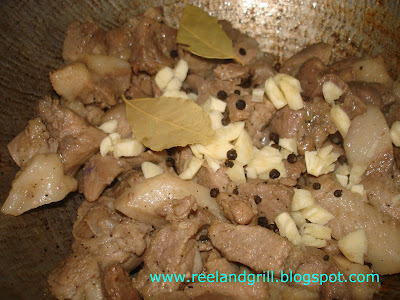 Add the rest of the ingredients except potatoes and let it boil uncovered. Once it boils, lightly stir to blend, cover and simmer on low heat. 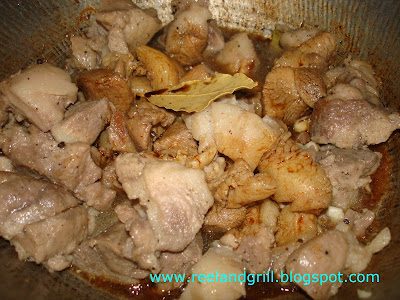 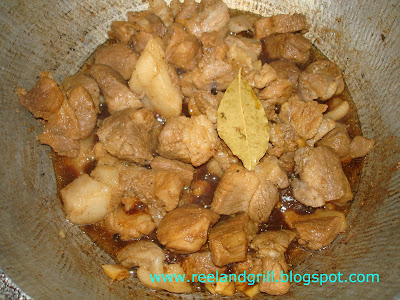 Continue simmering until the pork is tender. Taste the sauce and adjust the saltiness according to your preference. If the liquid is drying up, you can add hot water 1 cup at a time. 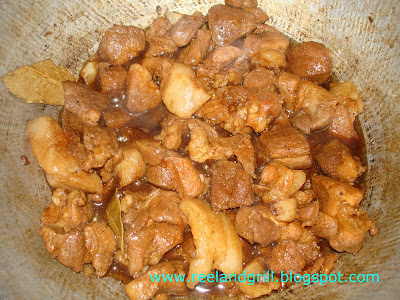 Add the potatoes and keep on simmering until it’s done as well, the sauce is reduced and of slightly thick consistency. 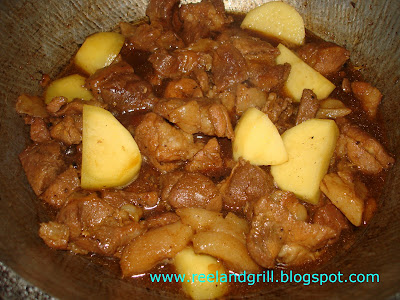 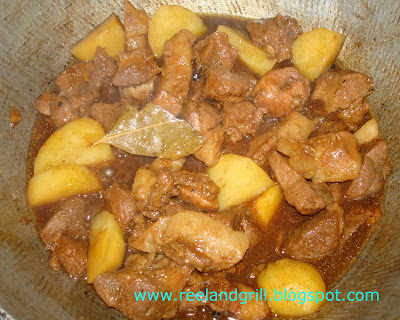 Place in a large platter and serve with steaming rice. You can have some chopped tomatoes or “atchara” (pickled green papaya) on the side if you like. 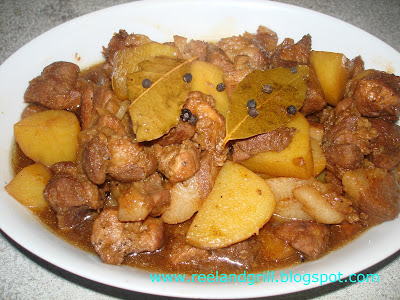 Enjoy, this is one dish every Filipino could rightfully claim as his and should really be proud of. c“,) 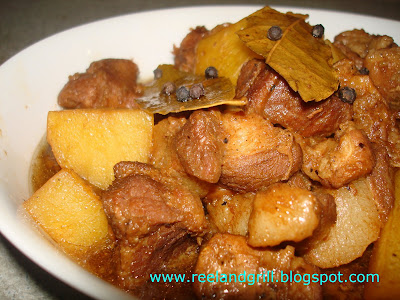