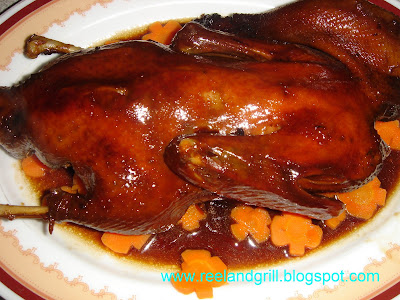 As a variation of the popular Filipino-Chinese dish “pata tim” or pork knuckle braised in soy sauce, “pato tim” was created. “Pato” is the Filipino language for duck so the dish is simply a marinated duck braised in soy sauce. The method of preparation as well as the ingredients is somewhat similar so expect the taste to also have resemblance with the individual distinct taste and texture of the meats providing the difference.

Duck is the common name for a number of species of birds in the “Anatidae” family. They are aquatic birds, usually smaller than the swans and geese and may be found in both fresh water and sea water. They are characterized by elongated and broad body, relatively long neck, short but strong wings and usually broad bill with serrated lamellae or thin layer of plate of tissue.

Ducks have many economic uses. They are widely farmed for their meat, eggs, feathers specially the down or the soft and fine feathers below the contour feathers which are used for cushion and quilts. 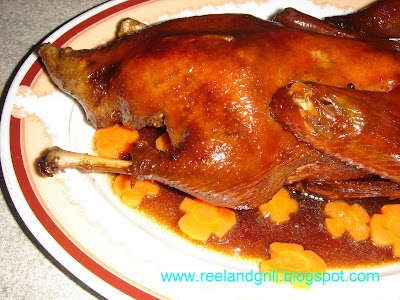 China is the top market of duck followed by Vietnam and other South East Asian countries, like the Philippines. In many areas, wild ducks of various species, including ducks farmed and released into the wild, are hunted for food or game sport by shooting. I am one of those sport hunters who like to go after wild ducks but it has been a while since we had our last hunting trip for duck, or any other birds for that matter.

Wild ducks are exciting game birds which could provide a very tasty exotic food and many species as well as domesticated breeds are widely consumed around the world.

Recently, through the help of a local driver, I was able to procure a whole dressed duck of about 1.5 kilograms or 3.3 lbs. I specifically look for the rather lean meat which is not a common commodity here in Sri Lankan markets and supermarkets to be able to cook a “pato tim”. 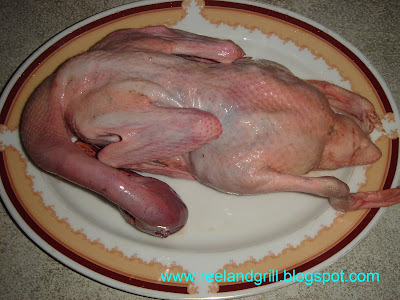 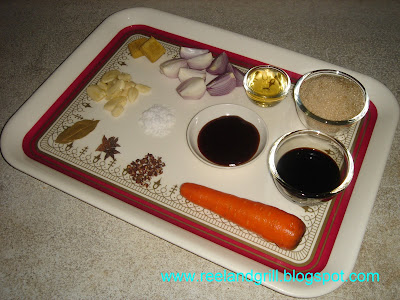 Thoroughly wash and clean the duck. Drain it properly then pat dry it using paper towels. Season it with the 2 tbsp of soy sauce, slathering onto skin and inside the cavity. Marinate it for at least an hour inside the fridge. 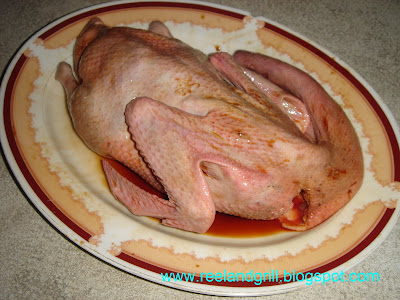 In a deep wok or pan, heat the oil and fry the duck on both sides until just seared to light brown color. Transfer in a deep plate and set aside. 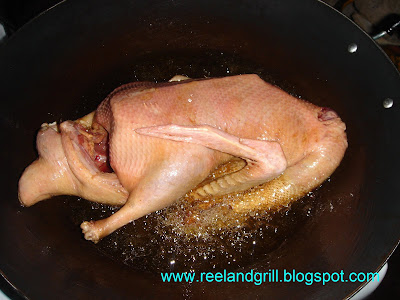 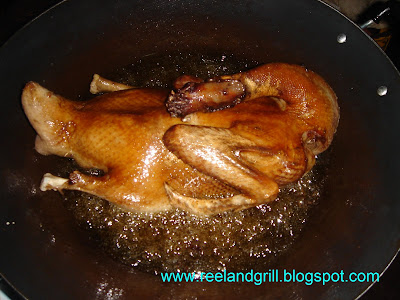 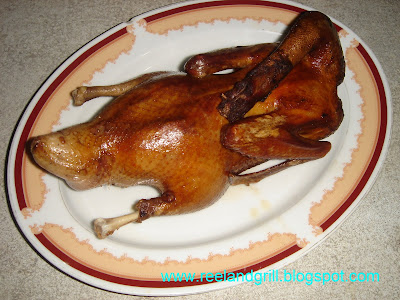 In a mixing bowl, pour all the remaining liquid ingredients, stir and mix them together. Add the brown sugar and salt and stir further until the sugar is dissolved and you have this sauce mixture. 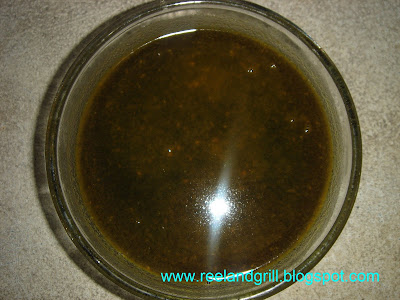 In a large wok or heavy pot, place the browned duck and pour the soy sauce-sugar mixture. Add in all the other ingredients and heat on medium flame. Once it boils, lower the heat to the lowest setting possible but maintain that the liquid is still a bit gurgling. 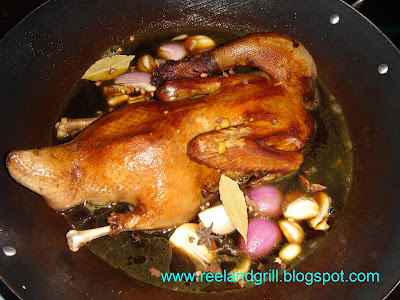 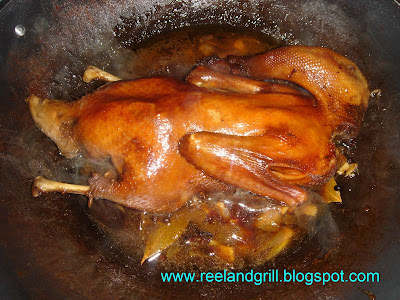 Simmer with the lid on until duck meat is fork tender. Flip the whole “pato” over every 30 minutes to assure even cooking. Be careful not to let the liquid to dry up. If necessary, add hot water gradually, 1 cup at a time. 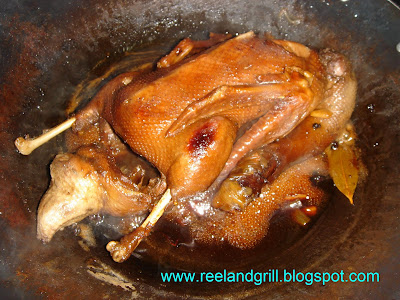 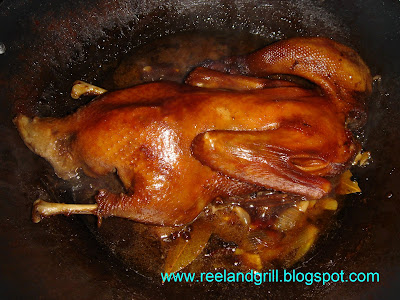 When the meat is fork tender, take it out and set aside. Strain the rich sauce and discard the other ingredients. Return back the duck into the wok or pot and pour back the sauce. Continue simmering until the duck is very tender and only small amount of sauce remains. 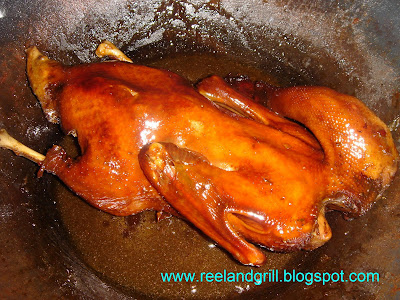 For the meantime, prepare the carrot which will serve as garnish and veggie. Peel and cut it to floweret. Steam or boil it until just cooked and still crunchy. Use of other vegetables such “bok choy” or petchay”, black, button or oyster mushrooms and Chinese cabbage.

In a large platter arrange the carrots floweret along the sides. Carefully place the whole duck at the center. Pour the thick sauce on top. If the sauce is not thick enough, use 1 tsp of corn starch dispersed in 1 tbsp of water to thicken it over low heat. 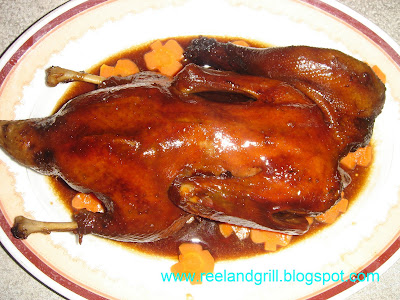 This is gorgeous and delicious. Be ready to serve it with lots of steamed rice and enjoy it with the whole family. It’s so yummy! True! c“,) 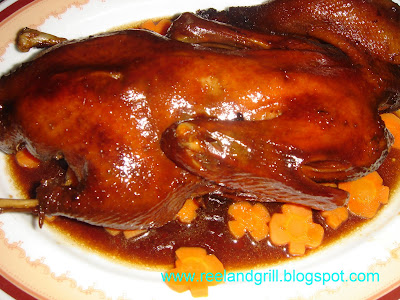