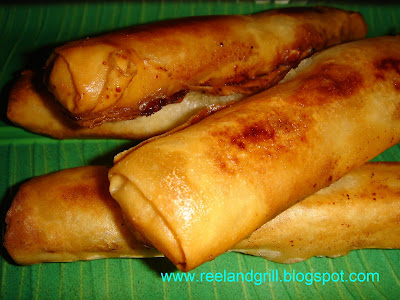 The Philippine cuisine, in my opinion, is now an amalgamation of various international cuisines that were either introduced by early colonizers, liberators, traders and merchants, developed in response to the demand generated by tourism and international business undertakings, influenced by the influx of foreign migration and affected by the emergence of global market and free trades.

Hamburgers, pizza, spaghetti, “shawarma”, “dimsums”, “dumplings”, “sushi”, “sashimi”, are just a few of many foreign foods that are now considered part of the modern Filipino cuisine. You can buy them from kiosks and roadside stores or order them in most city eateries and restaurants. They even have variations and have developed characteristics unique to the Filipinos.

In spite of these invasions and introductions however, the original Philippine dishes, though some have become less popular over the years, especially in the case of native Philippine delicacy or traditional snacks or “merienda” locally called “kakanin”, managed to somehow continue serving and satisfying its niche. 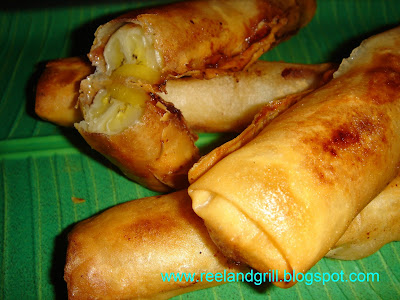 Among them is the food made from the inexpensive, nutritious and delicious banana, particularly the “saba” or “cardaba” cooking variety, such as “banana que”, which I featured before and the other favorite called “turon” or banana fritters.

“Turon” or turrón and known as “sagimis” in the province of Batangas (Philippines) is a popular Filipino sweet snack made from banana. Although there are many varieties that exist, a typical “turon” is a “saba” plantain coated in brown sugar, sometimes added with strips of jackfruit, wrapped in a spring roll wrapper and then fried. As such, it could be basically considered as a banana spring roll.

To cook “turon”, the following few ingredients are needed: 1 hand (“piling”) ripe cooking banana, “saba” variety when in the Philippines and “seeni kesel” for me since I’m in Sri Lanka, peeled and halved lengthwise, several pieces of ripe jackfruit flesh, seeded and cut into strips, ½ cup brown sugar and 1 cup vegetable oil for frying. 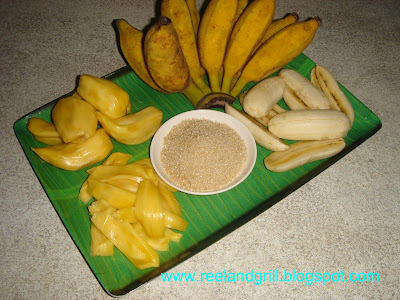 Additionally, some spring roll wrappers are needed. I have these rather expensive but very good quality square wrappers imported from Singapore: 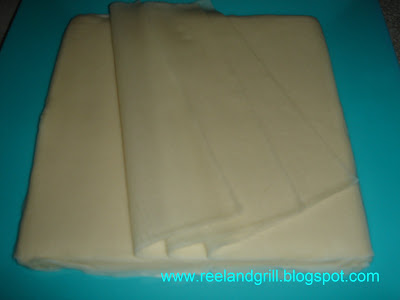 To prepare, lay 1 spring roll wrapper on a flat surface. Get 2 slices of banana, roll them in brown sugar granules to coat and lay on the wrapper. Add strips of jackfruit on top of the banana to complete the filling. Fold one side of the wrapper over the filling once, then fold the side ends in, then continue rolling until you reach the end of the wrapper. Seal the end with water and then set aside. 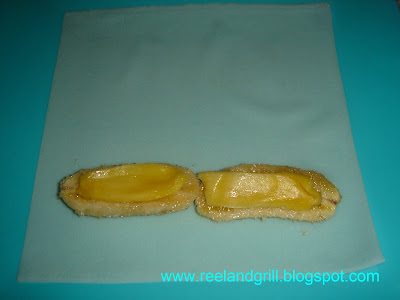 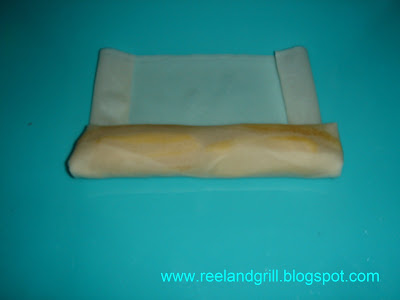 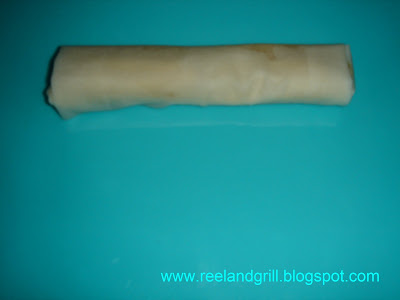 Repeat the procedure until all the ingredients are used up and you have plenty of this: 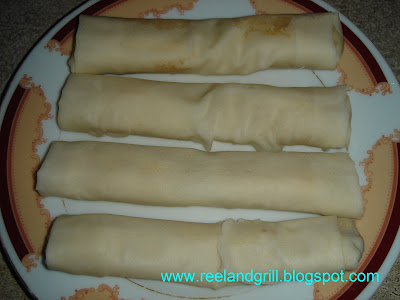 In a medium frying pan, heat the vegetable oil over medium flame. When the oil is already hot but not too hot, fry the wrapped bananas in batches. Cook until it is golden brown. Flip over to cook the other side. 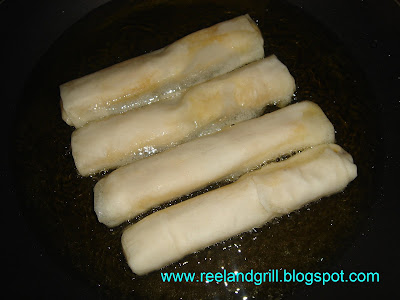 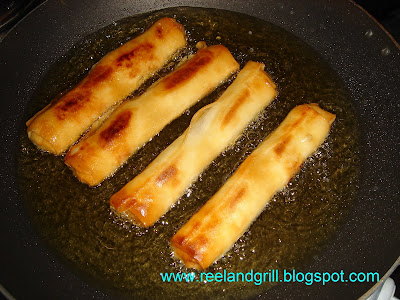 Properly drain the excess oil from the cooked “turon” using paper towels or by letting it stand in a strainer. Transfer in medium plate and serve immediately alongside with your favorite drinks. So yummy. :-) 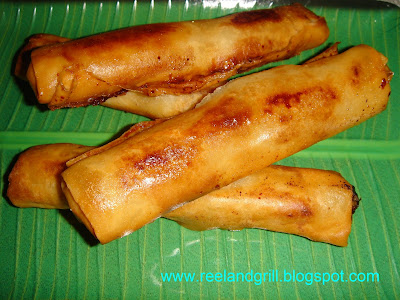 This is a very simple food but you will be amazed by its taste. The addition of jackfruit provides with even better flavor and fragrant. Enjoy! c“,) 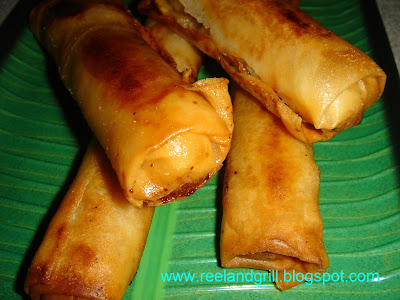