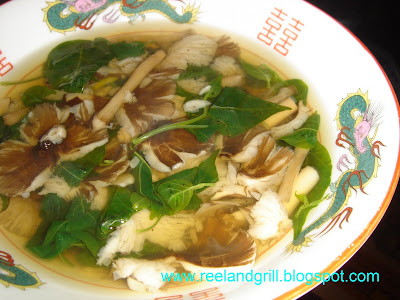 With the coming of the storm or rainy season in the Philippines, the brief period of wild mushroom germination also arrives. The severe lightning that usually occurs during the rainy season causes high accumulation of nitrate compound in the atmosphere which then triggers the sprouting of wild mushrooms along farms and forests particularly on the decaying anthills, termite hills and other natural areas where there are disintegrating organic matters such as leaves, wood and animal manure.

Whilst the wild mushroom that grows on our lawn and backyard in Sri Lanka which I have featured here before tastes good already, the Philippine variety called “kabuteng mamarang” that sprouts during the rainy season is way better in both taste and texture. This is a family favorite vegetables and mushroom hunters and farmers in our community and nearby villages regularly bring their harvests on our doorstep knowing that my parents will buy them all, no matter how plenty they may be.

“Mamarang” is the wild mushroom that is scientifically called “Termitomyces cartilaginous”. This is a popular vegetable ingredient widely used in the Japanese, Chinese and of course Philippine cuisines. It is considered as among the tastiest wild mushrooms which only sprout during the rainy months of late July to late September in the Philippines. Studies show that the “mamarang” variety is very difficult to cultivate thus supply is quite limited and available only during its natural sprouting season. 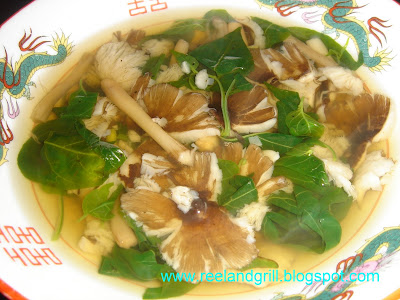 In the family, the delicious and exotic vegetable is usually cooked as mushroom soup, on its own or with other vegetables such as rib gourd or chili tops. However, it can also be sautéed in tomatoes and onion, prepared as mushroom omelet, fried as spring rolls and even simply steamed on banana leaves. My parents’ favorite is plain boiled as soup with just garlic, ground pepper and some sea salt to really enjoy its pure natural flavor and distinct taste. 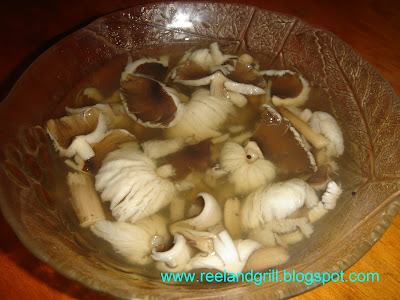 During my 2-week vacation late last month, I was rather lucky to have eaten the rare veggie on two occasions. The sprouting season has actually commenced that period and we are expecting that the local supply will bulge in the coming days. Yesterday, my sister informed me that a lot of harvests just came in. I can only imagine how happy my parents could have been. :-) 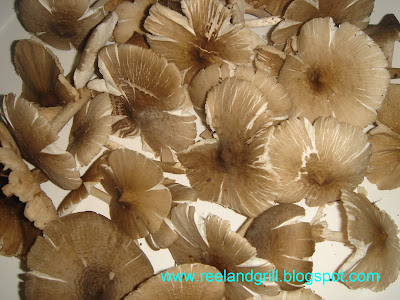 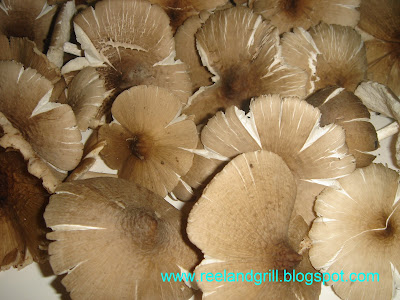 To cook the simple “kabuteng mamarang” soup, we need a handful of the wild mushroom and some chili tops. Clean the mushroom one by one by carefully scraping the dirt and soil that accumulated on the cap and stripe or stem. Cut the stripe into 1 to 2 inches length and the cap quartered or if small, halved or keep whole. Wash the mushroom in running water to remove tiny particles of dirt then rinse and drain properly.Wash the young chili leaves or tops as well. 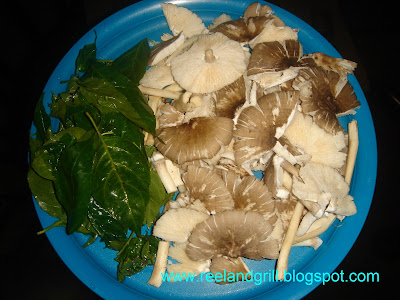 The other ingredients needed are: about 2 cups water, 3 gloves garlic, peeled and crushed, 1 tsp ground pepper and 2 tsp salt or to taste. 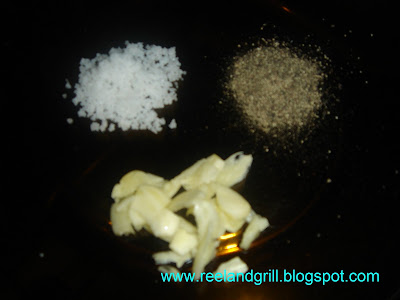 In a casserole, heat the water until briskly boiling. Add the garlic followed by the mushroom. Simmer on medium heat until the mushroom is cooked through. Add in ground pepper and season with salt. Taste the broth and adjust the seasonings accordingly. 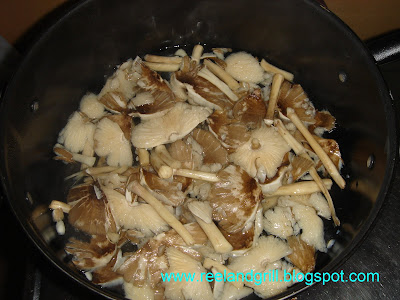 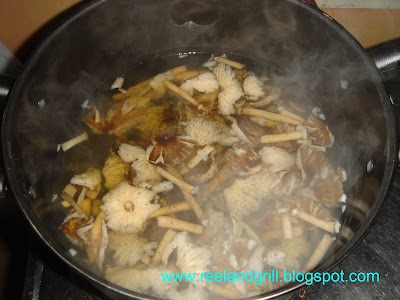 Add in the chili tops and continue cooking for several seconds more with the lid on. Immediately after, turn the heat off and it’s done. :-) 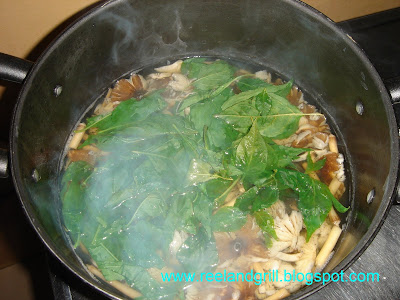 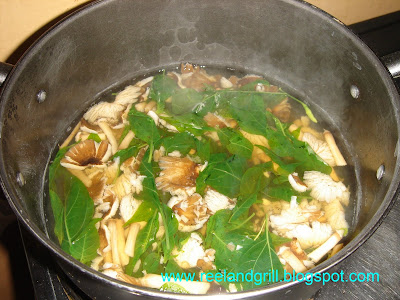 Transfer in a shallow bowl and serve piping hot. The soupy dish goes well with any fried meat or fish dishes and of course lots of steamed rice. It’s so yummy! 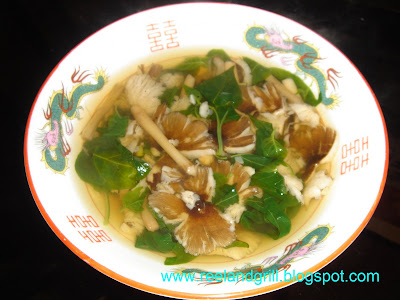 I ate the dish with fried pork chop and I had a very satisfying meal. 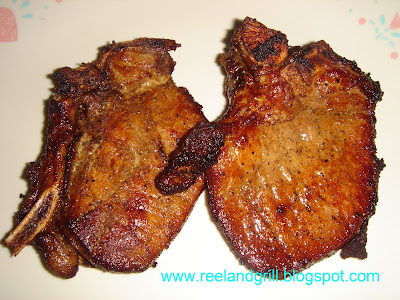 The broth is really very tasty which I believe can never be duplicated with any other vegetable ingredients. Enjoy! Supply is only good for 3 months. c“,) 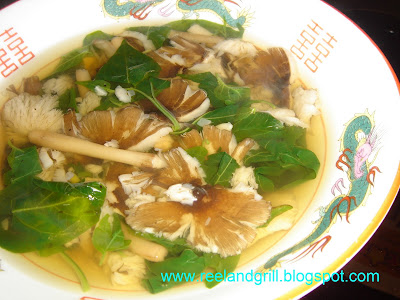