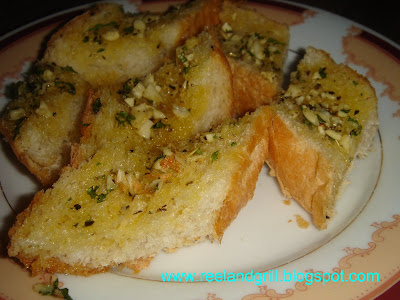 Garlic is probably among the most important ordinary and inexpensive cooking ingredients. It imparts a fantastic taste that varies extensively depending on how it is cooked or prepared. It can provide different flavors from a subtle sweet to a mild piquant to a strong almost overpowering one. From the posts in this blog alone, you can find many diverse uses of garlic in various food preparations where the rather simple garlic assumes a major role in creating a truly tasty dish.

The delicious Gambas Al Ajillo is basically shrimp in lots of garlic. The wonderful Shrimp and Garlic Pizza is surprisingly good with just the two toppings, shrimp and garlic, plus some cheese. The widely popular Garlic Fried Rice of the Philippines is mainly fried leftover rice and garlic and yet sumptuous and very delicious. The Toasted Chili and Garlic is so versatile and particularly impressive as add-on to dips and in making ordinary soupy dishes extra special entrees. 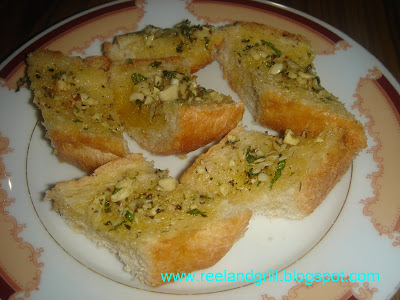 Garlic is a species in the onion family “Alliaceae”. Its close relatives include the onion, shallot, leek and chive. It has a characteristic pungent, spicy flavor that mellows and sweetens considerably with cooking. A bulb of garlic, the most commonly used part of the plant, is divided into numerous fleshy sections called cloves. The leaves, stems and flowers on the head are also edible and are most often consumed while immature and still tender.

In praise of the versatile ingredient, another garlic laden dish will be the feature of this post – Garlic Bread. Garlic bread typically consists of crusty bread topped with garlic and olive oil or as many restaurants now prefer, melted butter. It is often eaten as a simple accompaniment to pasta and other Italian dishes. It is either grilled or broiled until toasted or baked in an oven. A modern variation on the recipe tops the garlic bread with a variety of cheeses, often mozzarella, cheddar or feta.

Typically garlic bread is made from baguette or Italian or French long and narrow loaf. However, other similar types of loaf bread can be used when you don’t have baguette at hand. In fact, I used even ordinary crusty type of bread and it’s also wonderful like this local loaf bread of Sri Lanka. 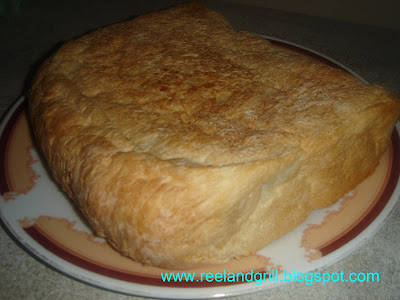 For the one loaf bread above, the other ingredients needed are 1 head garlic, peeled and minced, 1 stick unsalted butter, to be melted, ½ tsp dried oregano, ½ tsp dried parsley, a pinch of salt and 2 stalks fresh flat leaf parsley. If salted butter is what you have, use it by all means but just adjust the amount of salt. 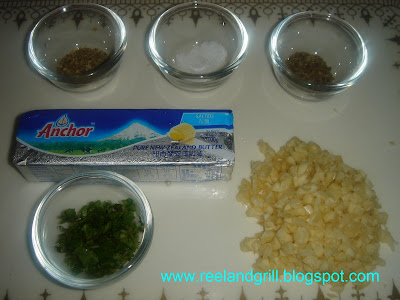 First, using a sharp bread knife, slice the bread to about ¾ inch thick. If you are using baguette, slice it in half along the entire length. Then cut them into manageable lengths, about 6 to 8 inches. For my loaf, I sliced it in such a way that its slice has an outer part as shown below. 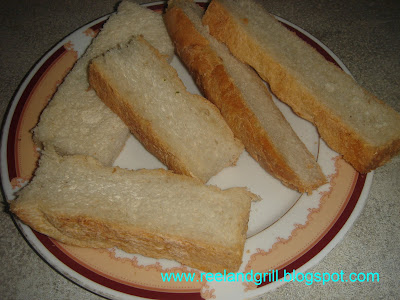 Before proceeding, preheat the oven to 350°F or about 175 °C. Doing this will save you a considerable amount of time in the kitchen. :-)

In a small sauce pan, melt the butter on a very low heat. Lifting and swirling pan as necessary to control the temperature and just melt the butter and not heat it to oil consistency. Turn the heat off and add the minced garlic to the melted butter, stirring lightly. Add inn the oregano, dried parsley and salt and stir to blend. Finally add in the fresh parsley and stir once more. 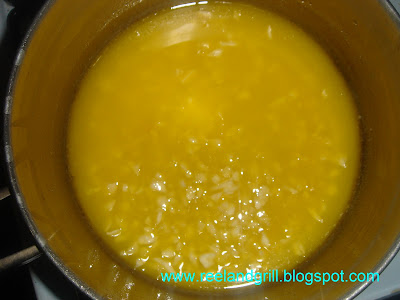 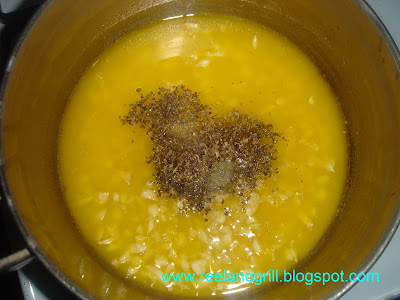 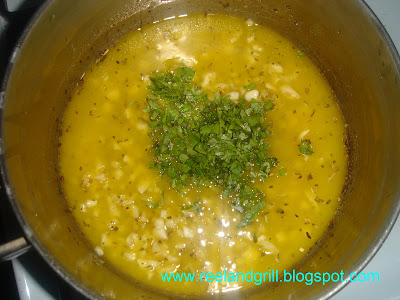 Arrange the sliced bread cut side up, with the outer part on their backs. Spread the butter-garlic mixture over the sliced bread carefully distributing the garlic and herbs on top. Slather the butter basically soaking the crust. Place the prepared bread on a baking pan and bake in the oven for 15 minutes. 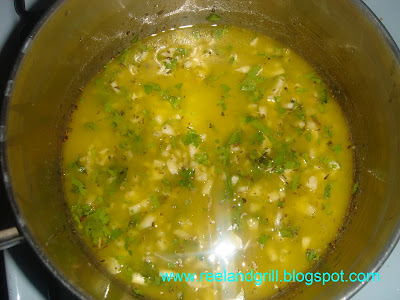 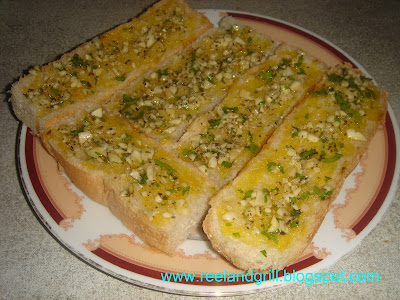 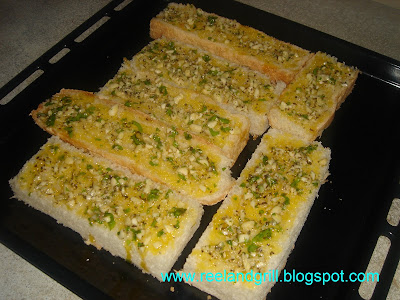 Transfer the baking pan to the highest notch closer to the heat and adjust the oven setting to high heat. Broil for further 2 minutes or until the sides or edges of the bread is golden brown and toasted. Be careful not to over broil and burn the bread though. If you want a slightly soft on the inside just shorten the period of broiling. 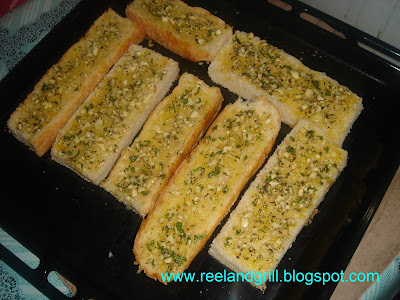 After broiling, let garlic bread cool for about a minute. Slice diagonally to about inch thick. Transfer in a plate and serve immediately with your favorite pasta dish or soup. 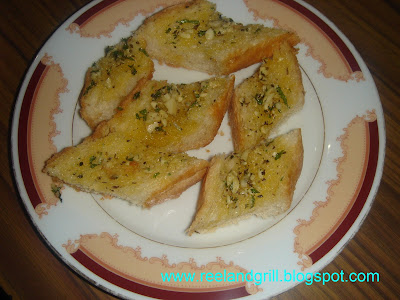 I ate it on its own over a cup of Ceylon tea and it’s also wonderful. But I felt strong cravings for some spaghetti…….whew. Enjoy! c“,) 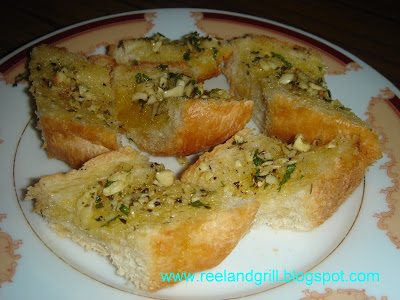