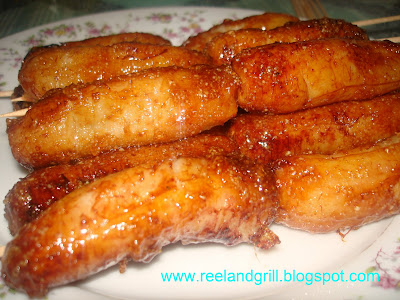 I have discussed the verstility of “saba” or “cardaba” variety banana (Musa Saba in US and Europe) in my earlier post of “minatamis na saging” or sweetened banana. As mentioned there, another authentic Filipino way of cooking the said banana is through “banana que”. This is done by deep frying the bananas with brown sugar that will eventually caramelize and coat the fruit as it cooks. This delicious yet inexpensive snack or dessert dish is very popular but lowly rated street food in the Philippines.

It remains a favorite by many Filipinos and has stand the test of time amidst the proliferation of new snack foods from all over the world, like hamburger, pizza, “shawarma”, dim sum, donuts and a lot more. It could be attributed to its being very tasty and could easily fill hungry individual with just a single serving.

The name banana que was probably coined by the common people due to the fact that it is served skewered in bamboo sticks like barbeque. Apart from that, there is no other similarity in the ways the two foods are prepared or cooked. Well, both are yummy, succulent and satisfying but in entirely different aspects. 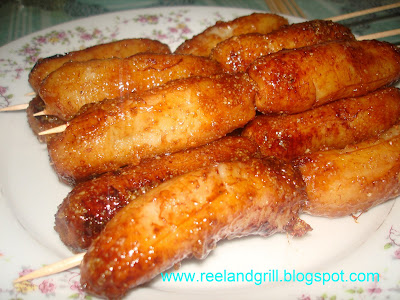 Our group here in Sri Lanka, having probably eaten the snack some 6 to 10 months ago, now has cravings for the said banana que. Since we don’t have the “saba” variety here, I have to cook it using the “seeni kesel” type of banana which I used in my “minatamis na saging” post. It has basically the same taste and texture as the real “saba” only smaller in size and slightly sweeter.

For a group of 6 with above average stomach capacity :), one hand or tier of banana composed of about 15 small fingers is barely enough, but since it is all I have right now, we have to settle for it. :-) 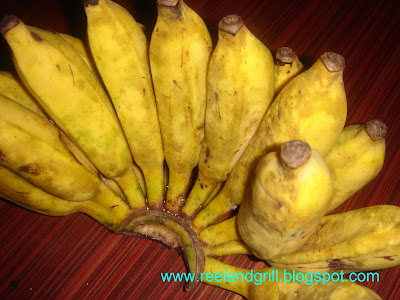 The beauty of this snack food is that it only requires a few basic ingredients. In addition to the bananas, which should be trimmed on one end and peeled one by one, we only need about 2 cups vegetable oil (which ca be re-used several times) and 1/3 cup brown sugar. Additionally, 8 pieces of bamboo skewers will complete the requirements. 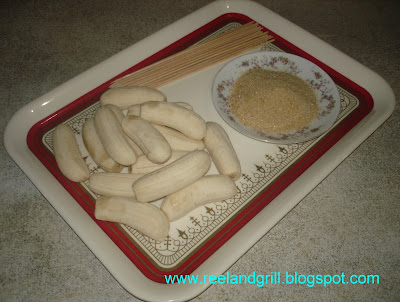 In a large heavy pan or wok, heat the oil on high flame. When it is smoking hot, drop the bananas and fry for about 2 minutes or until they start to slightly brown. Add the sugar and let it stand without stirring. Wait until the sugar starts to caramelize. When it does, stir the bananas to have it coated with caramelized sugar and assured even cooking. 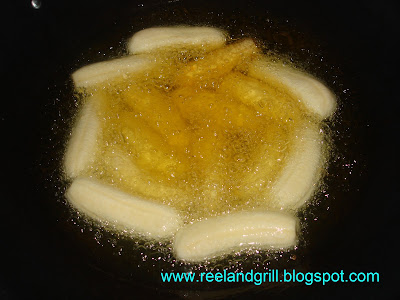 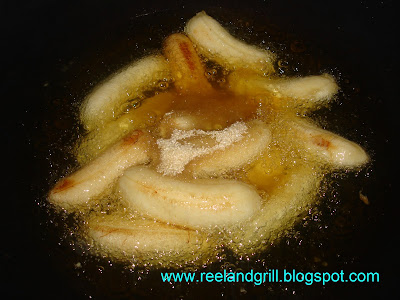 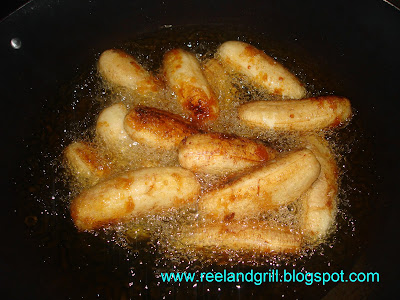 Continue frying, stirring several times to have the bananas fully coated with the melted sugar. Turn the heat off once the bananas are cook through. Be careful not over cook both the bananas and the sugar. Drain in a colander or deep bowl with paper towel to remove excess oil. Skewer two bananas in a bamboo stick while they slightly cool down. Do the same for the rest of the bananas. 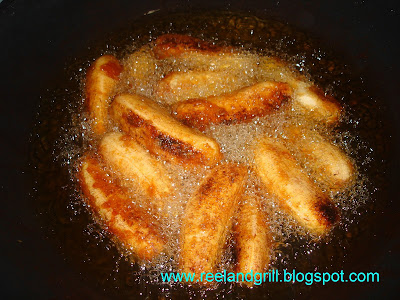 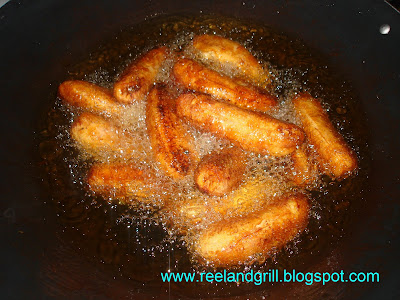 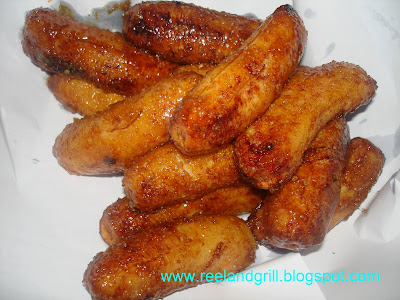 Serve immediately. Be careful in eagerly sinking your teeth to the sugar coated banana as it is usually hotter than you think. Remember, caramelized sugar is lethal to mouth when it’s hot. :-) 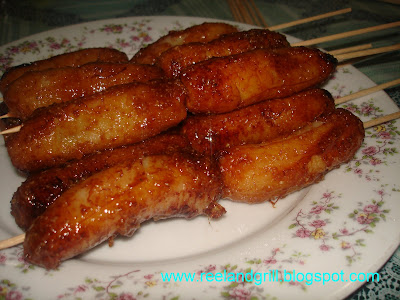 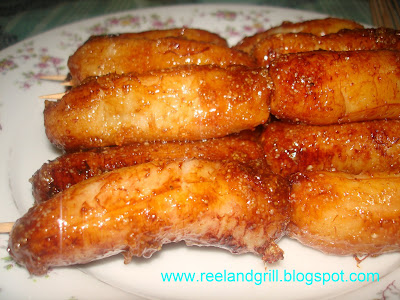