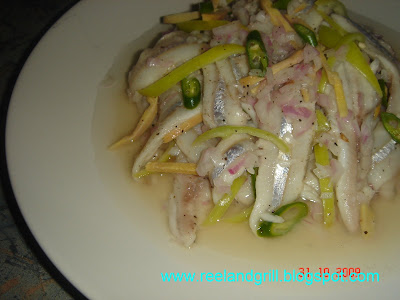 Anchovies are small, common salt-water forage fish that belong to the family “Engraulidae”. There are about more than a hundred species found in the Atlantic, Indian and Pacific Oceans. Anchovies, usually classified as an oily fish are small green fish with blue reflections due to a silver longitudinal stripe that runs from the base of the caudal fin. Their sizes range from 2 centimeters (0.80 inches) to 40 centimeters (16 inches) in adult length. The body shape is relatively variable with more slender fish in northern populations. They eat plankton and fry or recently-hatched fish. They closely resemble with herrings and silverside in many aspects but their mouth is much larger.

Fishermen and also anglers or sport fisherman like us, use anchovies or “dilis” as bait for larger fish such as tuna, sea bass and others. I have personally used them in successfully catching several varieties of grouper, mullet and other reef fishes. They are excellent bait but their soft body makes it quite difficult to use as they easily fall off when cast. 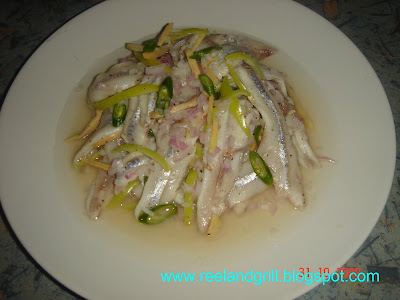 Fresh and dried anchovies are a popular part of the cuisine in the Philippines. They are popularly known as “dilis” and are the most common ingredients in making “bagoong” or fish paste as well as “patis” or fish sauce as featured in my previous post. Whilst anchovy can be fried or stewed with natural souring agent and vegetables, it can also be prepared the “kinilaw” or “kilawin” way.

“Kinilaw” is the basically the ceviche (a citrus-marinated seafood of Latin America) of the Philippines. Fish or any other seafood are marinated in vinegar and/or calamondin (“calamansi”) or lemon juice, added with onions and some other vegetables such as tomato and cucumber and spices such as ginger, chili and peppers and eaten technically raw (but actually cooked in vinegar).

The variety of anchovy which work well with me as “kinilaw” is the one about 5 inches in length so that it’s easier to debone. While some eateries and restaurants preparing “kilawin dilis” usually serve them with bones especially if using smaller anchovies, I find them a bit difficult to eat. So for these preparation, I intended to use the biggest available in the market locally called “handella” here in Sri Lanka. We need about ½ kilo of the fresh fish. Being really fresh is one requirement of this dish. 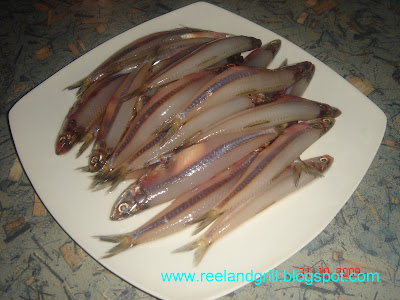 The laborious part of preparing this dish is the removal of bones, head and gut. This is manually done by carefully splitting the body in two and discarding the bone-tail-head and gut parts and washing the meat part in running water. Here is the sample of cleaned anchovy. 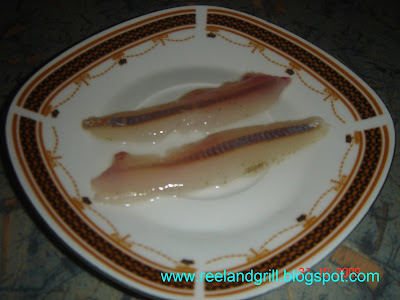 Continue doing the process for all the remaining fish. One by one, slowly at first but you will develop speed as you get the hang of it. And you’ll be surprised that you already have this: 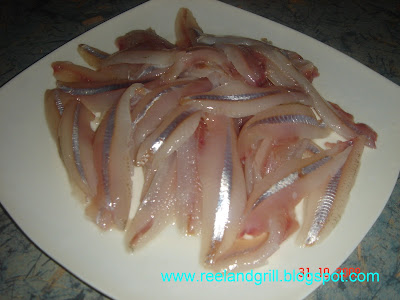 Prepare all the other ingredients – ½ cup natural vinegar, 1 large onion, minced or chopped, 1 thumb-sized ginger, peeled and julienned, 3 pcs chili peppers sliced diagonally, 1 mild chili bell pepper, julienned, 1 tsp salt or to taste, ½ tsp ground pepper and ¼ cup juice of calamondin (“calamansi”) or lemon or lime. For Filipinos like me, calamondin is the best. Lemon and even more lime, often times leave a slightly bitter taste. You can add slices of cucumber as well if you like a “kinilaw” with more veggies. 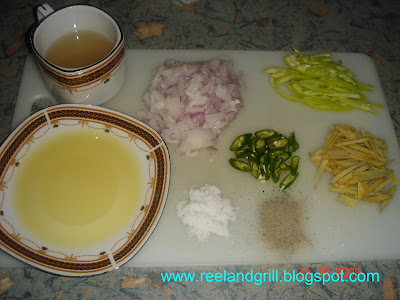 First, in a medium non-metal bowl, marinate the anchovies in vinegar for several minutes. Just until the meat becomes pale white in color suggesting it gets cooked by the vinegar action. All visible blood traces will also be eliminated during this process. 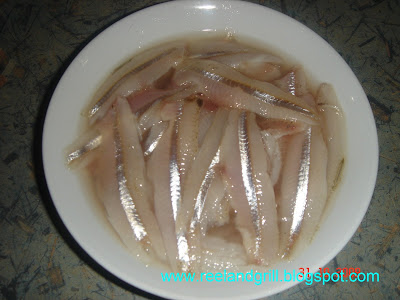 Drained the fish meat properly and discard the vinegar. Apply slight pressure to the meat while draining to remove the excess vinegar from the meat. In a large mixing bowl, also non-metal, place the thoroughly drained anchovy. Add in all the other ingredients except citrus juice and slightly stir to mix everything. Pour the citrus juice and slightly stir once again. Don’t worry if it seems a little dry at first. It will render the juice later on. Place inside the fridge for about several minutes for the taste to be fully developed. 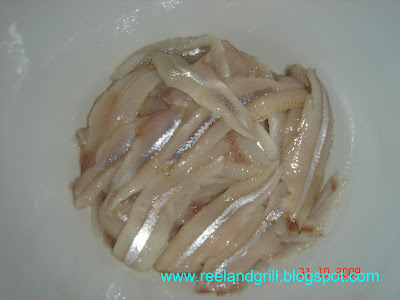 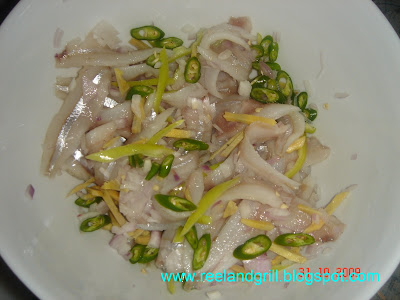 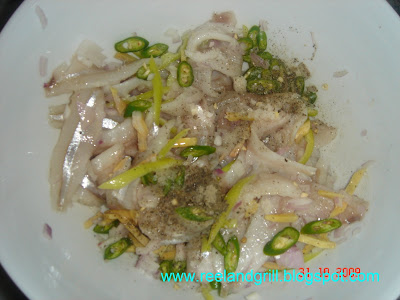 Stir lightly, taste and adjust the salt or ground pepper according to your preference. When you are happy with the taste, serve immediately in a deep plate. 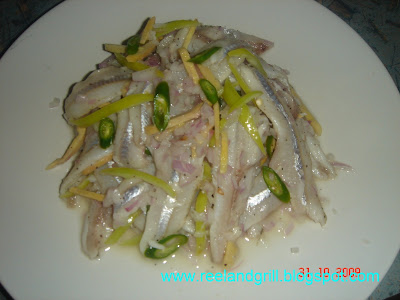 This goes well with rice or as an appetizer to titillate the palate or bites with some drinks. Enjoy! c”,) 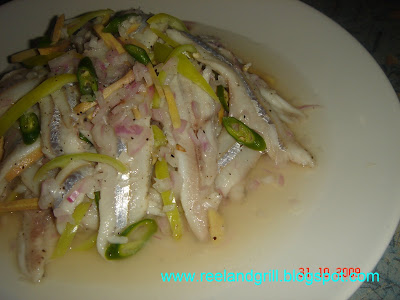