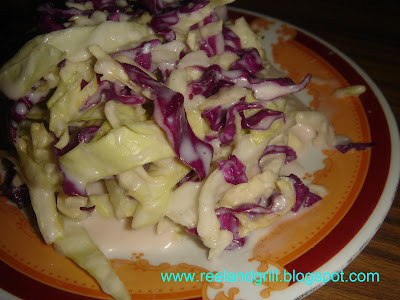 If you like KFC coleslaw, then you will probably like this coleslaw version of mine. I thought of making this salad as an accompaniment to the fried chicken dinner we had last Sunday. With a deep-fried chicken that taste like Max’s and coleslaw that taste like KFC’s (that sounds very boastful though, not very like me) what could we possible ask more for a dinner? None really, except for a cool cola drinks and probably some vanilla flavored ice cream at the end of the meal. :-)

Coleslaw or simply slaw in some American dialects is a vegetable salad mainly consisting of shredded raw cabbage. Sometimes different varieties of cabbage, such as red cabbage, as well as shredded carrots are used for better color and texture. Other variations of the dish include the addition of other ingredients, such as pepper, onion, grated cheese, pineapple and apple. What distinguishes coleslaw from cabbage as a condiment is that it is mixed with a dressing which traditionally consists of vegetable oil and vinegar or vinaigrette.

Coleslaw is a side dish generally eaten with fried chicken, barbecue, fried fish fillet and potato fries. It is also widely used as a sandwich ingredient like in hamburgers and hotdogs. With its popularity, many variations exist. Some U.S. variations contain buttermilk and/or mayonnaise, prepared mustard and sometimes ketchup and vinegar in lieu of mayonnaise. In Sweden, there is a version that is made with vinegar and oil and usually served with pizza. Interestingly, there is another variant called broccoli slaw where broccoli is used in place of the cabbage. 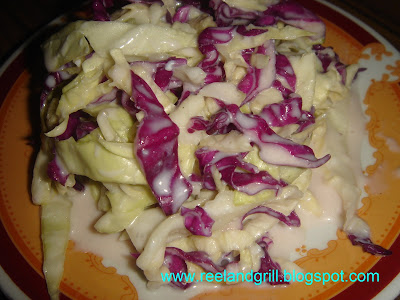 The fundamental ingredient for traditional coleslaw is cabbage. It can be in the form of finely minced pieces, small squares or my favorite, shredded strips. The use of the common green-colored cabbage is perfectly okay but combining it with the red or purple-colored one will make the resulting dish even more appealing. As a rule of thumb, the dressing is usually allowed to settle on the blended ingredients for several hours inside the fridge for the taste to fully develop. It is only after that period that the dish is in its best state and ready for serving. 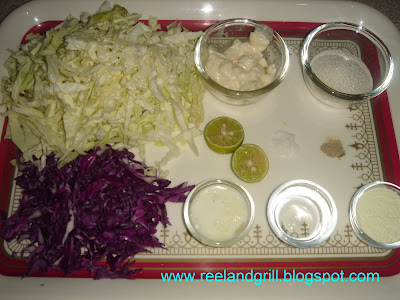 Preparation is very easy. In a large mixing bowl, combine all the dressing ingredients (all except cabbage) and mix properly until a smooth consistency of the mixture is attained. 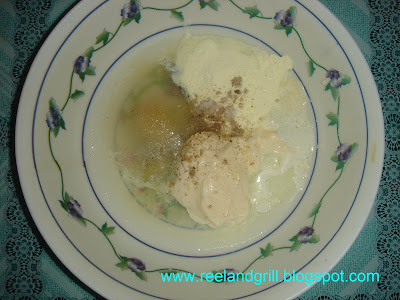 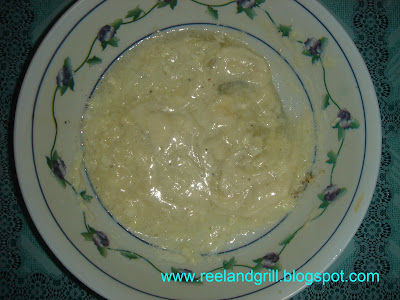 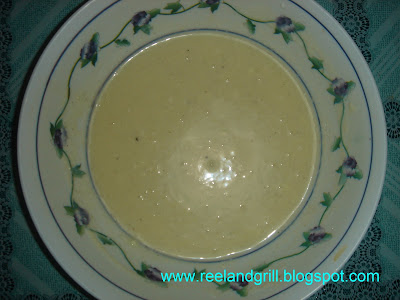 Add in shredded cabbage and mix to incorporate with the dressing. Mix until the dressing is evenly distributed with the strips of cabbage. 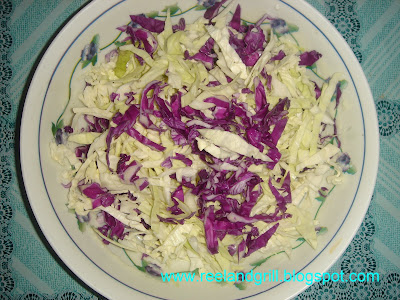 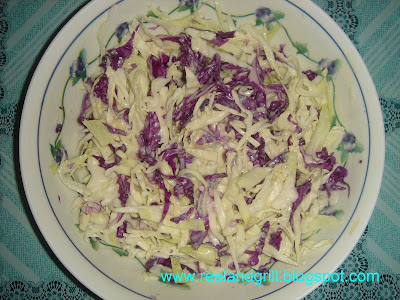 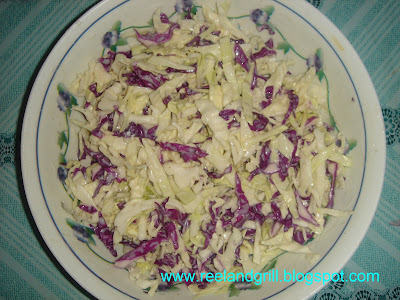 Keep the coleslaw first inside the fridge for at least an hour for its taste to properly blend and develop. Stir several times while being kept inside the fridge. When ready to serve, take it out and stir once more. 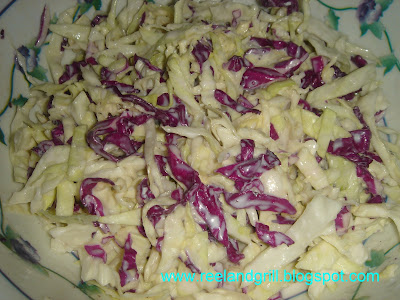 Transfer in small plates and serve alongside with your main dish or use it in your sandwiches. Yummy! :-) 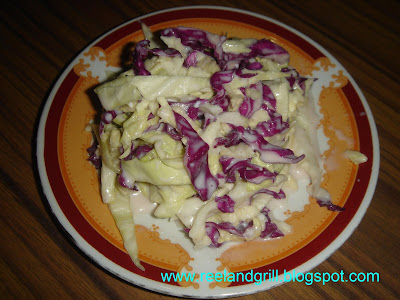 We ate this coleslaw with crunchy Filipino fried chicken cooked as per recipe posted here. The two dishes complemented each other and gave our group a really wonderful dinner. Try this and enjoy! c“,) 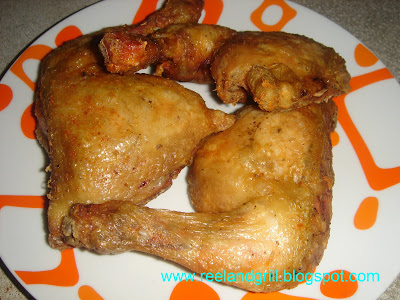