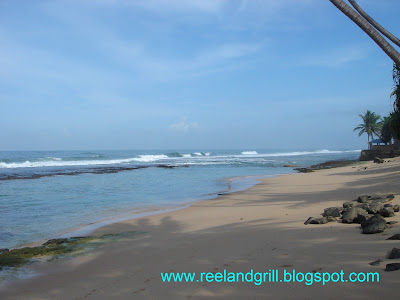 As a part of our group’s rest and recreation, we decided to make a short swim on one of the many beautiful beaches of southern Sri Lanka last Sunday. Since we were at the Koggala Beach Park the other week, where I did some quick shore fishing as well, it has been suggested by some members to re-visit Kahawa Beach this time. We have been to the nice and highly visited swimming place one time and would like to check it out once again.

Like Koggala Beach, Kahawa Beach is particularly a safe, easily accessible and highly suitable swimming area, even for kids, frequented by many locals due to the natural pool that the rocks on the water several meters away from the beach creates. Basically, the place is offering quality swimming opportunities for families and friends, uninterrupted by the roaring waves pretty normal to most Sri Lankan coastlines. The enclosing rock is serving as a natural breakwater, providing protection for the pool of crystal clear water over fine white sand.

As featured before, Sri Lanka is a beautiful tiny island surrounded by rich waters offering an abundance of white sandy beaches, lush greenery, exciting water adventures and amazing marine ecosystem. It has a very healthy coral reefs and wide oceans providing shelters to numerous varieties of coral and sub tropical fishes and other astounding marine life. Kahawa Beach, though public and not really a top tourists destination, is aptly one of them.

While I have mentioned in my posts some well known and popular beaches in the past such as Hikkaduwa Beach, Unawatuna Beach, Bentota Beach and Koggala Beach, I considered Kahawa as also important and worthy of praises. Its fine white beach and clear blue water pretty much support that statement of mine. 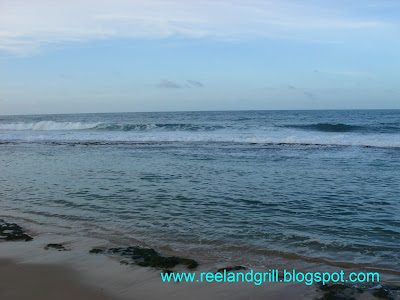 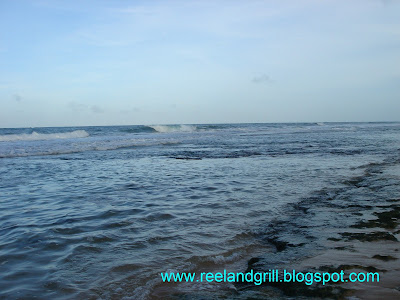 While the intension is to swim, enjoy the beach and have a moment with nature, I brought along some of my ultra light fishing gears to try catching some of the many small reef fishes that thrive the Sri Lankan coastlines. My intentional targets are mixed varieties of such small gamefish which abound heavily on rocky reef areas and its surroundings. They are usually fished by locals on stilts or from the shore, using just pole and line thereby the fish are able to maintain a safe stock for all the varieties; promoting a high level of sustainability all year round.

So while some of my colleagues were busy swimming around, exploring the rocky areas and discovering the distinct marine creatures that thrive in the water, I was busy wetting my ultra light lines in the hope that some of the small fish which we were actually seeing swimming around could be enticed to bite my offering. 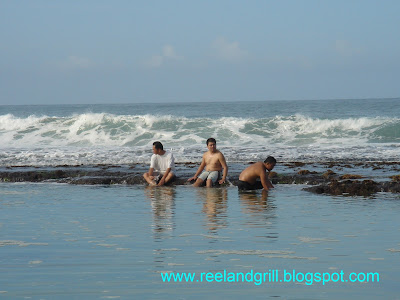 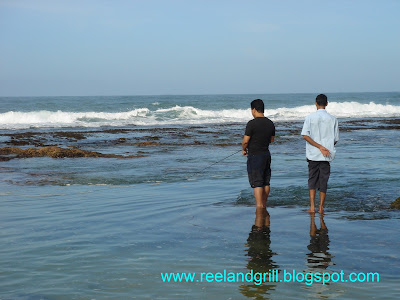 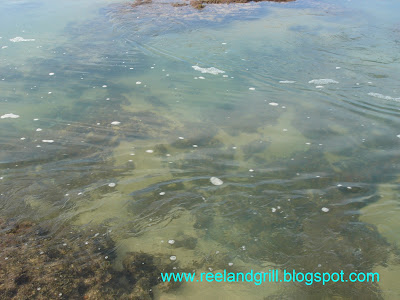 It did not take long before I started catching. Starting from some crescent- banded tiger fish or “bugaong” or “bagaong” followed by many other small reef fishes, some known and others unknown to me. The fun continues and even some of my friends were afflicted to pose for some photo opportunities. 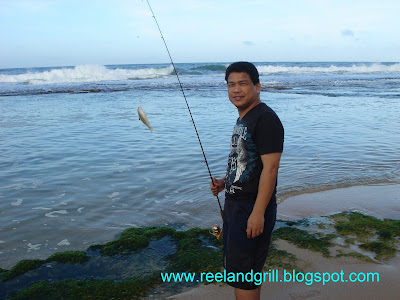 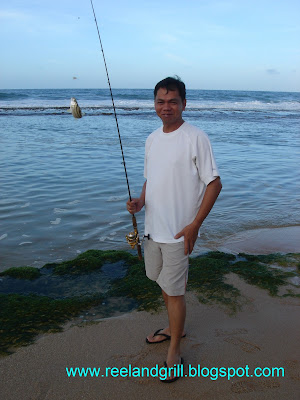 The fun went on and I continued to reap from ultra light angling. Even my other colleagues became excited and showed interest to the activity and to the many fish that we were watching and to some that we were catching. 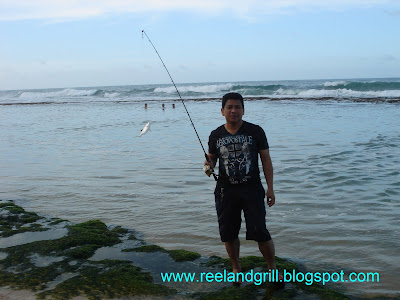 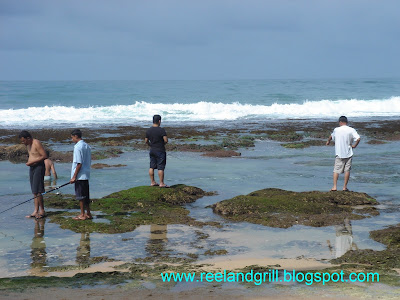 This is ultra light fishing intended to catch small fish varieties. So expect to see small fishes. Here are some of the initial catches. 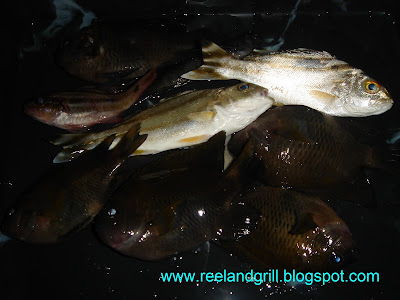 As the fun continued, a member spotted a rather big surprise glimpsing from under the rock. I tried catching the prized game fish and after several attempts of cut lines and stolen baits, we managed to hook up the long colorful slimy reef creature. It’s a huge moray eel about one meter in length. The fight was intense and full of excitement as it is powerful and body quite massive. Everybody got busy with the catch which startled us and made our day even more unforgettable.

The gorgeous eel was released unharmed. We initially want to cook it “paksiw” or “ginataan” but then it’s better for it to swim back to freedom first. For it to grow even bigger ……..stronger………and hopefully provide me with a more intense and thrilling fight some day. :-) 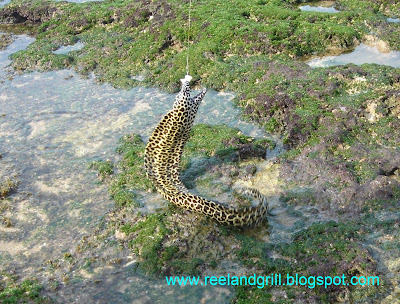 Our other catch for that day became part of our dinner. I painstakingly cleaned them all in preparation to be cooked in tomatoes and spices in a Filipino dish called “pangat”, a regional stew recipe usually prepared for small but tasty harvest from the sea. 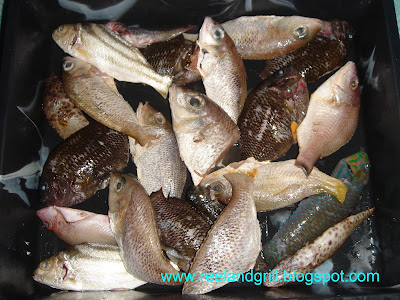 As an outdoor sportsman in general and a responsible angler in particular, nothing in our catch is ever wasted. Big or small, ordinary or exotic, when we take them, we all make them into wonderful dishes. c”,)
Posted by Reel and Grill at 8:33 PM