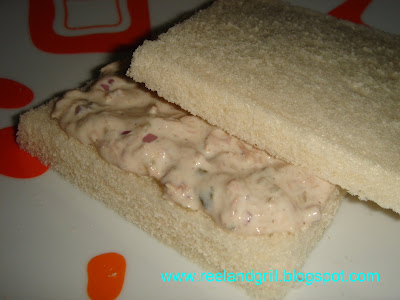 Our group has been consuming a lot of chicken meat for the last 5 years that we’ve been assigned in a highway project here in Sri Lanka. It’s mainly due to the scarcity and high cost of pork and seasonal availability of fish. In my estimate, out of the 21 main meals that we have in a week, considering 3 meals per day, more than half of the meals are made up of chicken either as the main viand or major ingredient in cases of vegetable dishes. Obviously, there were days when we have chicken for both lunch and dinner. We love chicken, right! :-)

So when I again decided to prepare a homemade sandwich spread the other day, I opted to use canned tuna meat instead of the usual boiled chicken flakes. While chicken sandwich spread which I featured here before remains my most favorite amongst other sandwich spread variations, we felt using tuna will serve as a sort of reprieve for the many days of continuously over-indulging into the reliable chicken.

Tuna are massive, fast swimming sea water fish with muscle tissue that ranges from pink to dark red. The fish are highly sought-after by both fishermen and anglers alike either for commercial consumption or sports and recreational pursuit. While there are over 48 different tuna species, the term tuna generally refers to those that belong to the family of “Scombridae” and particularly under the genus “Thunnus”, which includes 9 species. The yellow fin tuna is the most prominent specie and probably among the most important in terms of culinary application, although not the most expensive. 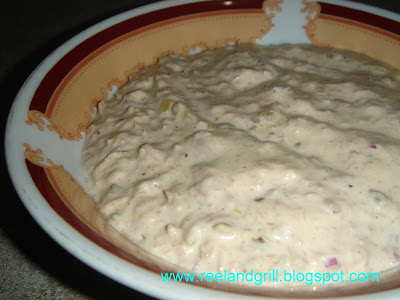 Tuna has been extensively fished and canned due to its perceived health benefits and high market demands. Canned tuna meat became extremely popular for so many good reasons. It is a prominent component in many weight trainers' diets because it is high in protein. Tuna is an oily fish and therefore contains a high amount of Vitamin D. A single can of tuna in oil is said to contain about the Adequate Intake (AI) of vitamin D for infants, children, men and women aged 19–50. As vastly advertized, canned tuna can also be a good source of omega-3 fatty acids. Said to be good for the heart. :-)
An easy way to prepare a homemade tuna sandwich spread is of course, using the readily available canned tuna. One can or 184 grams (net weight) of whole tuna in water, to be drained and flaked, should be enough. The other ingredients are: about ¾ cup good mayonnaise, 2 tbsp sweet pickle relish, 1 small onion, peeled and finely minced, ½ tsp salt or to taste, ¾ tsp sugar or to taste and ¼ tsp white pepper. 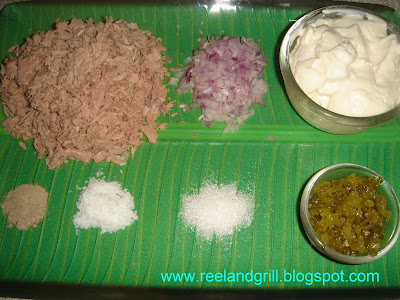 Like chicken sandwich spread, preparation is quite easy. In a large mixing bowl combine the flaked tuna meat, pickle relish and onion. Add in mayonnaise, salt, sugar and white pepper. 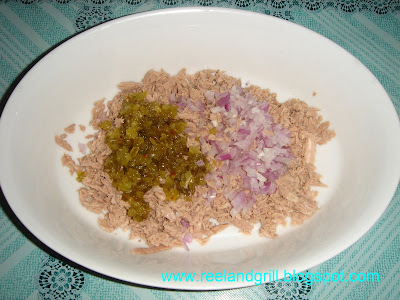 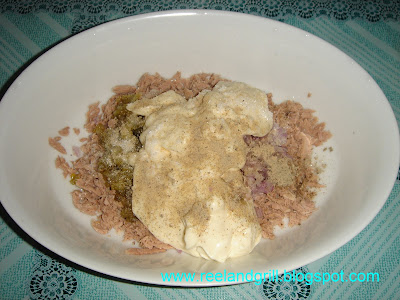 Carefully stir to mix evenly and until a homogenous mixture is attained. Taste and adjust the seasonings. You can transfer this in a bowl and start spreading in your sliced bread. 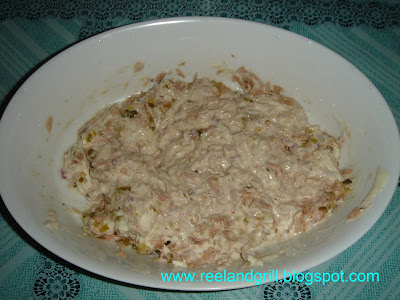 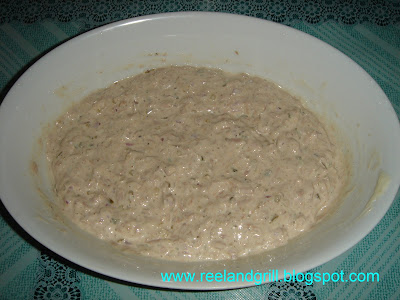 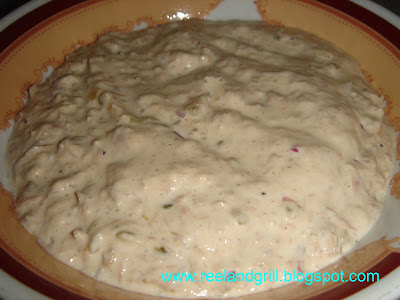 But better yet, transfer first in a tightly covered jar and let stand inside the fridge overnight for its taste to fully develop. Yes, it is best eaten after a day or two. :-) 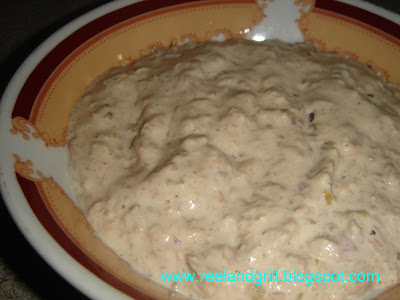 You can serve this simply plain on your bread of choice as I usually do or as adorned with some strips of lettuce or slices of tomato. Yum yum! Enjoy! c“,) 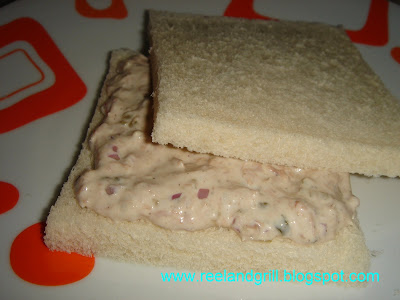